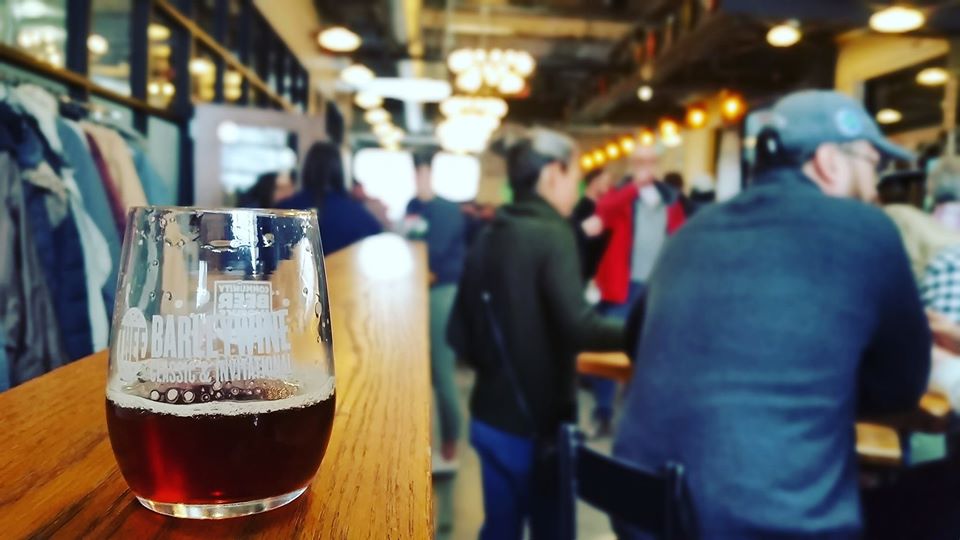 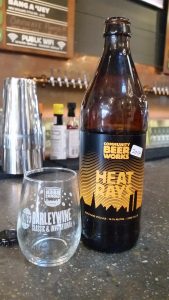 When asked how he could always be drinking barleywine, his self-professed favorite beer style, Ethan Cox says, “That would be a life that I love to lead. I wonder how I can arrange that.” While the Community Beer Works president is quick to point out that there are many other styles he enjoys, it’s easy to see that barleywine holds a special place in his heart. While looking for a way to honor the boozy beer style and after seeing it somewhat underserved in Western New York, he came up with Thee Barleywine Classic & Invitational, a beer festival dedicated to showcasing the depth, complexity and diversity that the classic style brings. “This is a beer festival for beer drinkers who like to drink beer that tastes like beer,” he adds.

And what better place to hold the inaugural event than at his own house, Community Beer Works, on February 9 (12pm).

Limited tickets for the intimate event remain for $35 and include a commemorative tasting glass, samplings of 10 different barleywines (additional drink tickets will be available for purchase afterwards), a bowl of chili, and chance to share a bottle of vintage barleywine with Cox from his private cellar (2013 North Coast Old Ale). You can purchase tickets through the weekend at Eventbrite.

“When it’s time for a really deep contemplative beer, I know a lot of people a lot of people reach for the really complex fermentations, or sours of various types, and while I understand the artistry of those types, to me, barleywine is a more accessible style that has a great history to it as well. You can trace back their production to the 1850’s and their non-commercial production to 150 years earlier than that. It’s a style really worthy of celebrating, especially in a world where beer that tastes like other stuff is so popular.” 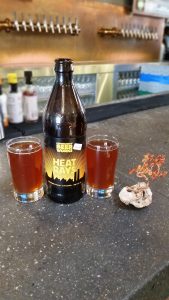 The beer list has been announced and includes Southern Tier Brewing 2016 Back Burner, Firestone Walker Sucaba and Hair of the Dog Doggie Claws, as well as the debuts of Woodcock Brothers Kendrick’s Lament and CBW / Old First Ward Brewing barleywine collab, Wobblypop. “I think we have a pretty nice lineup and I’m pretty excited about it,” he says.

Cox admits that more local breweries were making barleywines than he knew of, adding that those breweries will be invited to the festival next year. “It’s not like we’re never going to do this again,” he says. “There were a few I had not even considered. I do wish more people were brewing this style and I wish everyone put one in the tank per year.”

As far as what barleywines are his favorite, he says “[Sierra Nevada] Bigfoot definitely had a big impact on me and I have the beer in my cellar going back to 2006. It was an influential beer for me because, until I had a West Coast / American-style barleywine, I don’t think I really quite got it. English-style barleywines don’t have the same level of drinkability unless I find myself in a situation where I’m eating. West Coast barleywines like Old Foghorn from Anchor Brewing, Old Guardian from Stone Brewing, Alesmith Brewing Old Numbskull also impacted me. There are British barleywine’s that I like – every now and again a bottle of Gale’s or Thomas Hardy or something like that can be very nice as well. While living in Boston, a number of beers from Cambridge Brewing were also very formative for me, which is why I reached out to them for this festival.”

From Across New York State:

From Across the US: 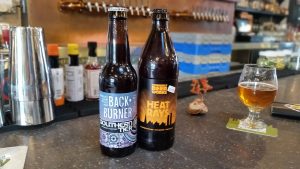 “I’d love to see this thing grow to a bigger level,” Cox adds of Thee Barleywine Classic. “If it’s too big to hold in the taproom next year, that’s fine with me. It doesn’t have to be held here. I think it would be great if we could grow this thing to a point where it has some sort of predominance in the market. I think festivals that are more specialized are definitely what’s tin the future. It doesn’t have to be centered on a style; it could be that it’s built around some kind of activity. Take for instance, something like Trebuchet (the pumpkin chucking event at Canalside from last fall), where you bring people out to watch a bunch of trebuchets launch pumpkins, get some food and local beer, is the future of beer festivals. An event where you have fun things to do with a lot of choices; I think that works better for both the breweries and the consumers. Finding opportunities to serve people our beer in a family friendly environment is also pretty important.”

One of the coolest things at Thee Barleywine Classic is that there will be a collaboration barleywine brewed onsite with the attending breweries. “We’ll have the brewhouse open and you will be able to walk in and say hello while the guys are brewing. We thought, as long as we have all of our friends here, why not make a stupid six million percent barleywine.” He added that it will probably be an American-style barleywine, inspired by Bigfoot, clocking in at 12-13%. 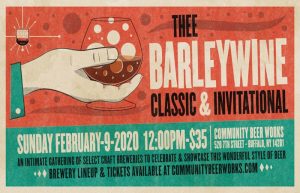 “I wish Buffalo could stake their claim to something. What if Buffalo breweries were known for making super badass barleywines? So let’s all make super fantastic barleywines, let’s try and make sure that’s a thing. I think that would be kind of neat.” 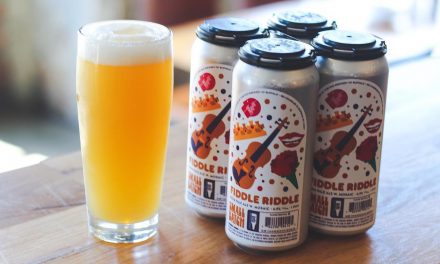 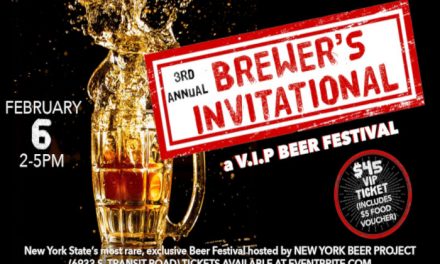