About The Buffalo Beer League 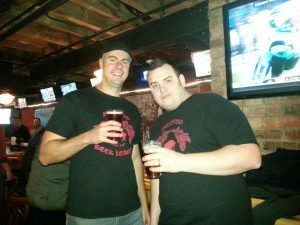 The Buffalo Beer League was founded in August 2010 by passionate craft beer fans Brian Campbell and Scott McMillan, who were looking to expand their knowledge and understanding of all things craft beer, beginning with a blank notebook (aka The Grade Book), a six pack of Sam Adams Cherry Wheat and a liter of Captain Morgan Spiced Rum (don’t ask, they don’t really remember).

From there, things grew to include close friends Jesse Walters, Ryan Jablonski, George Ruffles, William Rogers, Dan Lohr and more, who would each bring a different beer to a weekly group tasting session to be sampled, reviewed and graded. Armed with a background in street team marketing and guerilla advertising in the music industry, as well as a love for all things local, the BBL grew into a powerful promotional tool as the Western New York beer scene began to blossom and take shape. Their scope now includes everything from event and festival coordination and management, volunteer staffing and social media promotion to beer blogging, podcasting and content creation. 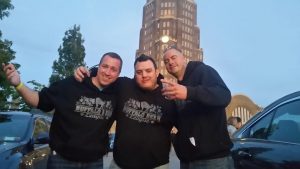 “When we started the Buffalo Beer League, all we wanted to do was try something new,” Brian says. “That’s why we launching this thing – drinking good beer with good people, all while promoting local businesses and breweries and doing whatever we can do to help further the Buffalo craft beer scene. It’s all about having fun, drinking local and drinking better beer with our friends.”

The BBL attended more and more Buffalo beer events as they increased annually, outgrowing the Grade Book as they moved primarily to social media after the advent of Untappd (for beer grading and reviewing purposes). It was through these events that Scott, Brian and Jesse linked up with Mark Jowett (at Community Beer Works’ monthly Book Club meetings to be exact), who they’d see at pretty much every event they drank at. Mark quickly became a core member of the BBL and the four continue to fuel this Buffalo beer promotional engine to this day. 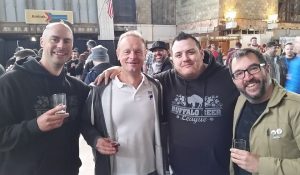 “We started the Buffalo Beer League almost 10 years ago with the idea of getting together, trying new beers and having a good time while we were doing it,” Scott adds. “It quickly evolved into promoting
and enjoying the ever-growing local Buffalo beer scene. Although our focus has shifted a bit, one thing remains constant: beer should be fun, uncomplicated and is best enjoyed in the company of good
friends.”

The most effective weapon that local breweries possess is local followers who drink their beer and support them right at the source where the beer is made. This is why the Buffalo Beer League exists – to help spread the good word of Buffalo beer, one pint at a time. And they aren’t going to stop until they finish every last drop.

When you #drinklocal, you #drinkbetter, plain and simple. Remember to drink what you love, and love
what you drink. 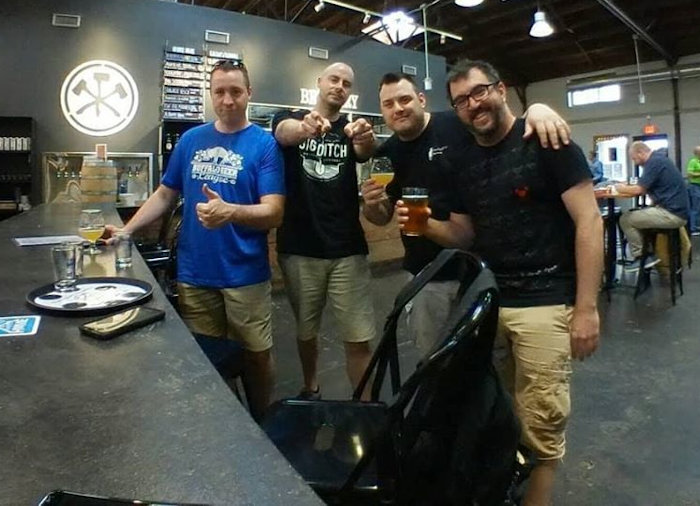