“We wanted to put on an event that not only showcased farm-to-pint craft beer, but also advance the knowledge among industry professionals,” said Willard Brooks, co-chair of Farm-to-Pint week. “When you get brewers together like this, it can get a little competitive!”

The event was an opportunity to meet with Farm-to-Pint experts from across the state. Featured speakers included Aaron McLeod, Director of the Hartwick College Center for Craft Food and Beverage, Chris Holden, Owner, Crooked Creek Hop Farm and President of Hop Growers of New York and Jason Sahler, Owner, Strong Rope Brewery, Brooklyn, New York. All three shared their insights and experiences into the Farm-to-Pint industry in New York.

“This is a great opportunity for our Buffalo brewers to learn more about New York State ingredients,” said Ted Hawley, Owner, New York Craft Malt. “They can talk directly to people involved in the industry and share success stories among themselves.” I got the chance to sit down with Aaron, Chris and Jason and they share some of their wisdom with me as well.

What is Farm-to-Pint and what does it mean to you?

Chris: Farm-to-Pint is just the beginning of a local/regionalization of ingredients that can be sourced in the areas of which those ingredients grow well. With New York State being a great place to grow hops and malt, I feel that events like this are the pathway to future success for both the breweries and the Farms and them working together for generations to come.

Jason: For a brewer it means a couple of things. First, I can let my customers know where the ingredients come from for a specific beer we’re brewing. We’re 100% Farm-to-Pint at Strong Rope. What they’re consuming comes from New York State, not from halfway across the US or halfway around the world. Second, it means you have to make the beers that go best with the ingredients that you’re using. That doesn’t mean you can’t make an IPA. It just means that you need to optimize the flavor of your ingredients. Further down the road, I think we’d all like to see beers that are unique to what our region has to offer. That is our own version of the New England IPA. Why is it important to New York State?

Chris: There are a lot of farms in NYS that are looking to diversify into new industries. Whether they’re dairy, grain, fruit or vegetable farmers, there’s a lot of farmers taking notice of the different craft alcohol industries that are currently looking to source locally. These industries have the ability to support many farms in the region and give them the ability to thrive under the current market and leave a lasting impression for ours and future generations.

Jason: From an economic perspective, the state is investing heavily in this space. Both craft beer and farming are huge industries in New York. Brewers have more incentives to use local ingredients and local farms have incentives to produce high quality ingredients for those brewers. For this to continue to grow, we will have to continue to strengthen the partnership between brewers and farmers.

Where are we on the path to adoption?

Chris: Across the state, the adoption level varies. Most of the farms and companies that have started or expanded since 2012 are still too small to do a lot of self promotion and expose themselves to the 100’s of producers across the state. As they begin to grow and expand, this will help with that exposure level and also help the craft producers to realize that they can confidently source locally for high quality products for the foreseeable future.

Aaron: Demand for local malts is increasing steadily.  There are a number of factors driving this demand. First, with such dramatic growth in the number of craft breweries in New York, brewers need to find ways to be distinct and competitive. Second, craft brewers pride themselves on being independent, and by using craft malt they support other small and independent businesses and farms. So like Chris said, this is Craft Connecting with Craft. Finally, on a broader scale, there is increasing interest in locally produced products. Consumers are keen to know where their food and drink comes from. Craft malt fills the production gap for locally produced brewing materials.

Jason: We’re still pretty early in the adoption phase. There are many breweries starting to produce beers using New York State ingredients, but the threshold levels are still pretty low. We’ll see adoption increase in the next couple years as brewer’s with farm licenses will have to increase their usage of local to meet their requirements. But, as we’ve been saying all along here, it will really take off as the ingredients are uniquely New York. That is, you’re not using New York grown Cascade hops, but rather some as-yet-named hop that is grown natively in New York and produces great beer. What are the challenges to more breweries adopting Farm-to-Pint?

Chris: On the hop market side, the main challenge is variety and or experimenting. With the surge of New England-style IPA’s, certain hops have stolen the show and of course these are hops unobtainable for the hop farmers in New York State to grow. The other challenge is keeping up with demand with these styles, so experimenting can be very difficult for the craft breweries to learn and or experience different combinations of hops from different regions in the state and see what the different regions can produce with their unique terroir.

Aaron: Generally, craft malt is more expensive; up to four times the price of bulk commercial malt due to their smaller scale of production. But craft maltsters are adding a lot of extra value to command this price, whether it be locally sourced grains, hand-crafting, artisan or traditional methods, small batch, innovative, etc.

Smaller breweries are more flexible and can adapt to work with different raw materials. For example, the winter barley varieties grown in New York are lower protein than the standard spring varieties grown in the Western US. As a result, the malt has lower enzymes, more like a UK style pale malt. Still very high quality, just different. By modifying their mashing program (using a multi-step infusion) a brewer can achieve very good results.

Jason: I think from a brewing perspective, it’s all about a willingness to dive in and take part in something that’s bigger than your brewery. Yes, the malt is more expensive. Yes, there are hop limitations. And no, you can’t charge more. But you can stand behind great locally sourced and produced beer that represents New York. I look at it as a challenge to my skills as a brewer. Who is doing Farm-to-Pint well?

Chris: Across the state we see multiple breweries thriving using the farm-to-pint model and even using 100% NYS ingredients. Breweries like Strong Rope Brewery (Brooklyn, NY), Plan Bee Farm Brewery (Poughkeepsie, NY), Newburgh Brewing Company (Newburgh, NY), Steuben Brewing Company and The Brewery of Broken Dreams (Hammondsport, NY) and Grimm Artisanal Ales (Brooklyn, NY). Here in Western New York, there are also a number that have taken advantage of the growing hop industry and have worked on using as much NYS ingredients as possible and also doing a few 100% NYS Beers. They would include Big Ditch, Four Mile, Rusty Nickel, Five and 20 and 42 North, with more to follow I’m sure!

Aaron: Here is a great example of traceability: Most craft malthouses can point to the exact field where their grain is grown and name the farmer who grew each batch. For example, From the Ground Brewery in the Hudson Valley uses grain that is grown and malted within 10 miles of the brewery!

Jason Sahler is the owner and brewer of Strong Rope Brewery in Gowanus, Brooklyn. Originally from Rochester, New York, Jason has lived in Brooklyn for the last 15 years and graduated from New York University with a degree in Sustainable Development. Jason is dedicated to promoting New York ingredients and travels extensively throughout New York state, working with malt, hop, and beer producers from the Southern Tier, to the Adirondack Region, to Long Island’s North Fork. Strong Rope Brewery recently transitioned to 100% New York ingredients for all their beers.

Chris Holden is the owner of Crooked Creek Hops Farm, which operates on the Holden family farm going back to the early 1800’s. Chris is also the Manager of the New York Hop Guild and President of the Hop Growers of New York. 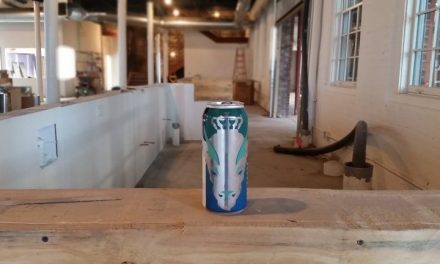