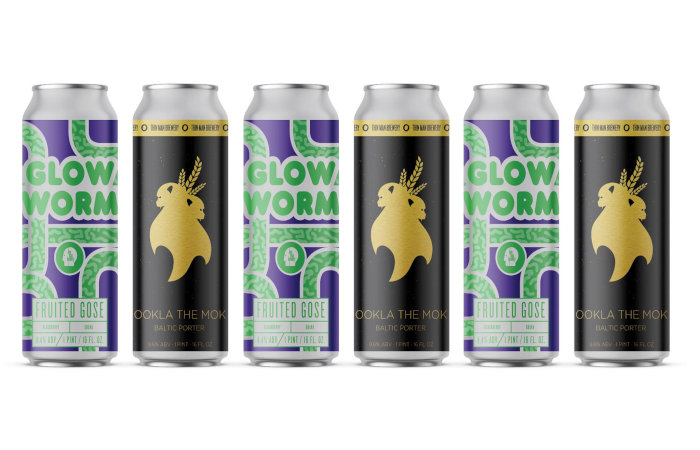 Thin Man Brewery’s beloved family of cans is set to grow by two with the addition of Glow Worm Blackberry / Guava Gose and Ookla The Mok Baltic Porter, which will be released at the brewery, Saturday, January 12 at 11am. Both will be available in 4-pack 16oz. cans.

Cans of Glow Worm and Ookla will head out for local distribution after the release. Supplies are limited (case limit each per person). Glow Worm 4-packs will cost $13.99, while 4-packs of Ookla will run you $14.99. Thin Man still has gold Ookla the Mok teku glasses available and will be running specials for those that buy the beer and a glass. Keep an eye on Thin Man’s social media for more information.

Glow Worm is a 4.4% gose fruited with guava and blackberry. It’s tart but not overly sour, sessionable and bursting with fruit. Ookla the Mok exists on the opposite side of the beer spectrum. Not only does it sit at 9.6%, the smooth, flavorful Baltic porter presents notes of crisp cocoa, chocolate and dark molasses. The initial batch of Glow Worm featured boysenberry and guava, but has since featured blackberry in each batch, because, as Thin Man Head Brewer Rudy Watkins so candidly puts it, blackberry is much easier to get his hands on. Watkins says that it was a bit of trial and error to nail down the fruit pairing precisely, but once they found the blackberry and guava combo, they knew they were onto something.

“Glow Worm is nice and flavorful, but it’s not like palate-wreckingly intense,” Watkins says. “It has some nice sourness to it. The guava is so intense and the blackberry is so restrained. It’s a really guava-forward gose. It’s not salty at all, but that little bit of salinity adds a little more mouthful to a lower alcohol beer and the coriander adds a little bit of lemon / citrus character but it’s not really a big contributor.”

Watkins says that the inspiration behind Ookla The Mok was a Baltic Porter from Quebec brewery Les Trois Mousquetaires, which he says was one of the best beers he’s ever had. He says he brewed Ookla The Mok as an homage to that beer.

“I feel like I tricked someone by getting this beer in cans. I never thought they would let me can this beer. The original run of Ookla was meant to go into barrels but we decided that it stands pretty well on its own. Nice chocolate notes with a little bit of smoke to it, not too much roast, a little nutty with some nice sweetness as well. I am really excited about this beer. There’s definitely a bunch of this coming home with me. This is a really awesome beer.” Rudy and I partook in some cans at the bar at Thin Man while chatting for this article. Glow Worm was better than I remember (it’s been nearly a year since I’ve last had it). Thin Man nailed this fruit profile – the guava is so prominent, but the blackberry does enough to remind you it’s there. It’s not too sour or acidic, but just tart enough. Additionally, Ookla was pretty much everything you’d want in a Baltic porter – a smooth combination of booze, smoke, roast, chocolate and oak that hides its 9.6% ABV all too well.  I have a bottle of the Double Barrel Aged version and plan on doing a side-by-side in the near future.

Tentative plans call for another canning run of Glow Worm before Thin Man’s second location at 155 Chandler Street opens up, which should be sometime around late-March / early-April. And for those wondering, Thin Man will have another batch of Minkey Boodle cans available soon, but as for other canned beer coming soon, Watkins says that things are currently in limbo due to the government shutdown.

Thin Man are rounding out their weekend by releasing three brand new collaborations on Sunday. Starting at 11am, three new collabs – 3 Prong Spear, brewed with Barrier Brewing and Seven Island Brewery, an IPA brewed with blood orange puree (cans available as well), Purgatory Leisure Hour, brewed with Gun Hill Brewing, a Belgian Strong Ale aged for one year on Brett and grapefruit, and Vision of Incoherent Space, brewed with LIC Beer Project, an Imperial IPA featuring a blend of English and American malt and flaked wheat, then double dry hopped with Citra, Mandarina Bavaria, and El Dorado hops – will be tapped.

Looks like you might want to bring a cot, sleeping bag, or maybe just a pillow for the bar, to Thin Man this weekend. 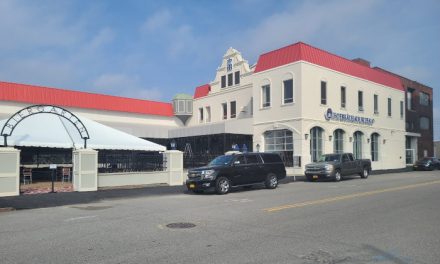 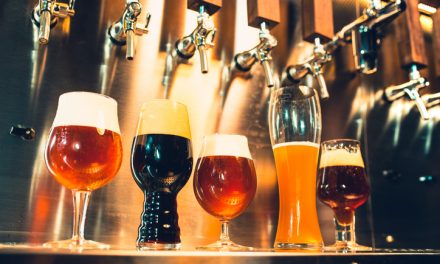 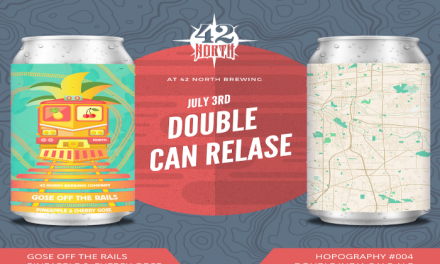