The ninth annual Ballpark Brew Bash takes place at Sahlen’s Field on September 21 (4-7pm) as part of Buffalo Beer Week. The event, sponsored by Consumers Beverages, features over 50 breweries from across the globe, local favorites and New York institutions, including Big Ditch, Thin Man and Pressure Drop, as well as Barrier, Lawson’s Finest, Mikkeller and more. Tickets can be purchased at Tickets.com. General admission ($35 presale, $5 day of) tickets include a souvenir tasting glass and 20 drink tickets. VIP tickets ($75) include access to special VIP section with 20+ special beers and cask ales, food and more. Belt Line Brewery to Hold First Ever Can Release

Belt Line Brewery will hold their first ever can release, A Beer with Citra New England IPA, during Beer Week’s final weekend, on September 21 (12pm). A Beer with Citra, the latest in their A Beer With… series, is brewed with a copious amount of Citra hops balanced by Centennial and El Dorado hops. This IPA delivers flavors of orange rind and candied sugar with soft, smooth and creamy mouthfeel. The can art for A Beer With Citra was designed by Buffalo ex-pat Courtney Menard. 4-pack 16oz. cans will cost $16 (plus tax) or $84 (plus tax) for a case. 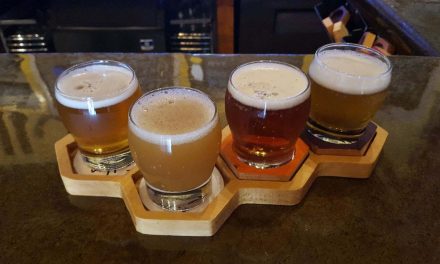