Hop heads of the world unite! The 2nd Annual Winter Hop Fest at Gene McCarthy’s/Old First Ward Brewing (February 18, 1-4pm) is bringing together all of your favorite local breweries, including 12 Gates, Community Beer Works, Big Ditch, Thin Man, Rusty Nickel Brewing, Hamburg Brewing, Ellicottville Brewing, Four Mile Brewing, Flying Bison, 42 North Brewing, Woodcock Brothers and Resurgence Brewing, all of who will be serving their hoppiest wares. For $25, you’ll receive a logo tasting glass, samples from brewers until they are gone and the chance at winning brewery swag and 4 or 6 packs of rare IPAs from all over the country. There will be hopped chili for sale to keep you warm and $5 growler fills at the end of the festival. Tickets at www.eventbrite.com. Have Breakfast at Resurgence: [Barrel Aged] Irish Breakfast That Is

On Feb. 18, Resurgence is taking their beloved Irish Breakfast Ale, which is brewed with maple and coffee, to the next level with the release of Barrel Aged Irish Breakfast Ale. Aged in bourbon barrels, the 9.5% ABV boasts flavors of smoked bacon, maple syrup and fresh roasted coffee.  Bottles of the barrel aged version are $12 and four-pack cans of the regular version are $10. They all go on sale at noon. After you secure your beer, join the Outdoor Shuffleboard Tournament, which begins at 1pm. For $10 per team, you get your first round of drinks and entry into the tourney. Winners take home an RBC prize pack and bragging rights. With the release of their Wind Forge IPA, 12 Gates Brewing sought to answer the age old question of what happens when you cross a Belgian Wit and a New England Style IPA. Using a combination of Warrior, Amarillo, Rakau, Waimea, Citra and Mosaic hops, Wind Forge was brewed simply to try something different. “Instead of trying to jump on the NE IPA bandwagon I wanted to do something different and push myself to learn new brewing techniques,” Head Brewer Scott Shuler says. “It’s packed with a blend of fruity and flavorful hops added during the whirlpooling process and even more hops throughout fermentation. This resulted in strong grapefruit, pineapple, and light citrus notes and a smooth finish.” Get it on tap now at the Williamsville brewery. If you want to get your hands on a limited, one-off beer from Thin Man Brewery and help raise monies for the Western New York Mountain Biking Association in the process, then head down to Mr. Goodbar on Feb. 22 (7pm, upstairs) for the WNYMBA fundraiser. The beer is a Smoked ‘Pulaski’ Porter, which was brewed in conjunction with Thin Man and named in honor of trail tool inventor Ed Pulaski. Also, if the weather cooperates, you can meet at Campus Wheelworks on Elmwood for a ceremonial ride to the event. $20 will get you two beer tickets, pizza, salads, and access to all our raffles and drawings. Pre-sale tickets are available at www.eventbrite.com. 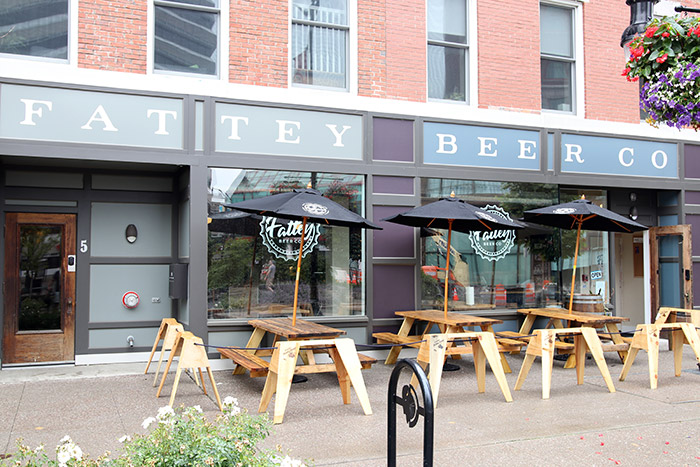