When the weather turns warmer, us Buffalonians love two things – being outside and drinking beer, and wine and spirits for that matter. One place that comes to mind where you can accomplish all of those things and more is the Elmwood Village Farmers Market, which takes place every Saturday, from 8am-1pm, rain or shine, through November. Multiple wineries, breweries and distilleries will be on hand each and every week selling their wares.

Clarence’s West Shore Brewing Company will be at the market every week with different beers, each available for growler fills (owner Josh Dziomba says that crowlers and variety packs are a possibility in the near future), while Big Ditch Brewing (June 16, July 14, August 11, September 8, October 6) and Resurgence Brewing (June 2 & 30, July 28, August 25, September 22, October 20) will alternate appearances. Community Beer Works will also be there during select weeks. In addition, HEAL Bflo offers free weekly yoga classes from 10-11am (classes begin June 2 on the west side of Elmwood Avenue, directly beyond the market), live music takes place 9:30am-12:30pm (weather permitting), KidBiz will bring its young entrepreneurs to the market on June 16, July 7 and August 4 and the Wellness Institute of Greater Buffalo will host Wellness Lane events on July 21 and August 18. Elmwood Village Farmers Market, located at the corner of Elmwood Avenue & Bidwell Parkway in Buffalo’s Elmwood Village, is open from 8am to 1pm Saturdays through November. For more information, please visit https://www.elmwoodmarket.org/. 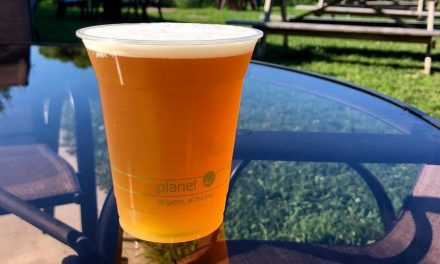