They Grow Up So Fast, Don’t They? Community Beer Works Turns 5 From humble beginnings peddling their beer at Mr. Goodbar and Coles to a satellite brewery at Hydraulic Hearth, a proposed three-story brewpub in Niagara Falls and an expansion to a new 14,000 square foot brewery at 520 Seventh St., Community Beer Works, Buffalo’s first nanobrewery, have carved out an indelibly mark in our beer scene in the span of just over 5 years.

Started by brewery President Ethan Cox and a group of like-minded beer friends in April 2012 who shared a love for both the city of Buffalo and craft beer, Community Beer Works has garnered a reputation for brewing some of the city’s best beer, thriving in that department after Robert Turley took over head brewing duties following the departure of fellow founding member Rudy Watkins, who left to pursue other opportunities last year.

But for as many memorable brews that CBW has churned out over the years (Mr. Superfantastisch Berliner Weisse, Rutherford Brett Haze and De Maas (to name a very few) instantly come to mind), they have remained as dedicated to bettering the Buffalo beer scene and community as a whole, which Cox admits is something he is most proud of.

“I think I’m most proud of all the opportunities and personal growth CBW has created in the city and in the scene, and in the culture we have within our company,” Cox says while reflecting on his proudest accomplishments to date. “I’m as proud of our beer as I am of our values put into action.” Their values are something that CBW has put first and foremost as of late, as over the last few months, they have taken it upon themselves to foster a communal chance through sales of their beer. Behind donations in exchange for a pint of their beloved flagship Frank, CBW donated $750 to the Planned Parenthood of Central and Western New York Action Fund, $2,775 for Journey’s End Refugee Services of Buffalo, $1,335 for Gay and Lesbian Youth Services of WNY, $770 for Pinball EDU Charity and have held a similar fundraiser for Buffalo Niagara RIVERKEEPER. They also help reduce their environmental footprint by sending their spent brewing grain to Kindred Kreek Alpaca Farms to feed their alpacas and are also helping to fund the transformation of the corner of 7th Street and Pennsylvania into a community garden.

Looking to the future, Community Beer Works have a number of new projects in the pipeline. First things first – a move to a new brewery. CBW plans to invest over $1 million to turn their 14,000-square-feet new space at 520 Seventh St. into its manufacturing site, packaging center and tap room/kitchen. Also in the works is creating an outdoor beer garden. And if one massive project wasn’t enough, CBW is also moving ahead with a new three-story brewpub in Niagara Falls, to be located at the former Press Box at 324 Niagara St. Plans call for the building’s basement to be used for small scale brewing production while the first floor will house a tasting room and restaurant. Dining will also take place on the second floor and the third floor during peak times. The new project marks the city’s first craft brewer and the first beer producer in over 75 years since Power City Brewery Co. shuttered.

And after all of the years and all of the great beer CBW has given to Buffalo, Cox still remembers tapping that very first keg.

“I still remember well tapping that first keg in Mike Shatzel’s basement at Coles, and all the many basements I’ve dropped beer into. So many friends – I remember meeting [the Buffalo Beer League] for the first time, and Willard [Brooks] and Kevin [Wise]! 🙁 So many tasty beers – the first time I had THAT IPA, Singularity: Northern Brewer, Pun Intended. The fests, the events – miserable, long, rainy cold ones, miserable, long, way too hot ones – but also first serving beer at BCTC, TAP NY, the Ballpark Brew Bash, and in cans with our friends at Big Ditch and Resurgence.” 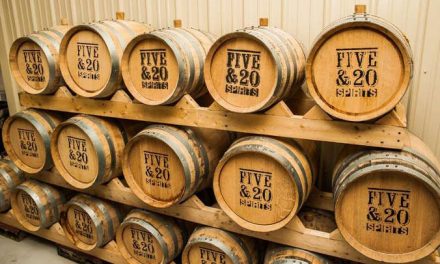 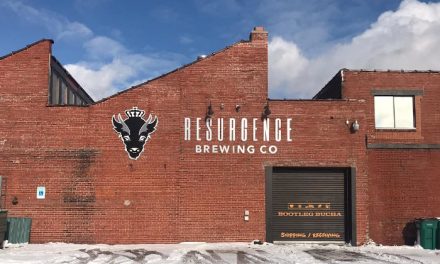 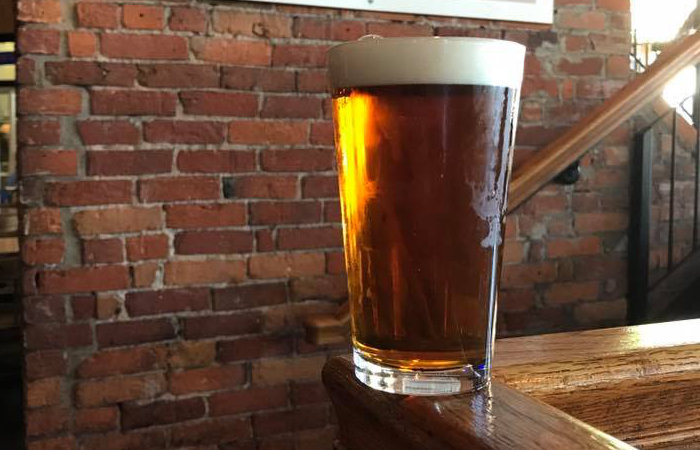