The Shelton Chronicles: Exploring the WNY Beer Scene Through Ridesharing 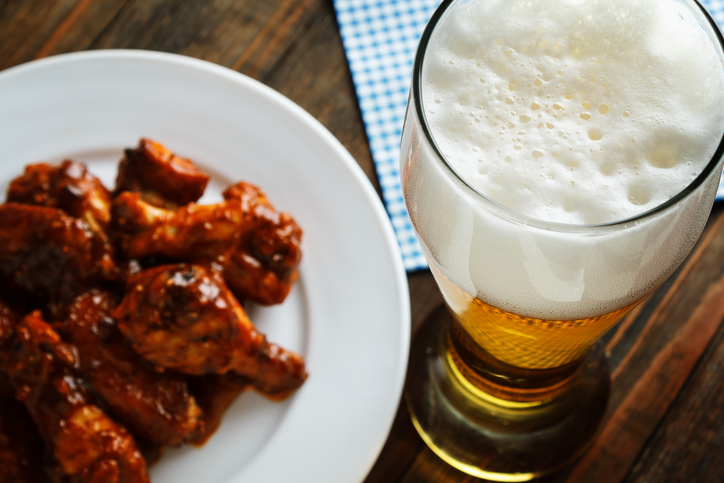 The Buffalo-Niagara beer scene has grown so much over the years that, pretty much wherever you live in our area, chances are you’re not too far away from a fine purveyor of craft beer, whether it be a brewery, gastropub, neighborhood beer bar or bottle shop. But if you’re not within walking distance of any one particular venue, you’re in luck, because Western New York is home to a number of ridesharing options, including Lyft, Uber and Ride Local (Liberty Yellow Cab).

After downloading your app of choice and booking your ride, you can be enjoying a fine local beer in no time. So where to? There are plenty of areas in WNY that you can grab a ride to and then walk to a few different places.

Take the Larkin neighborhood for instance. Start out by grabbing a ride to Flying Bison Brewing, then walk over to Hydraulic Hearth, which, as you should know, is home to a Community Beer Works satellite brewery, before heading down to Buffalo Brewing Company for an 1842 Vienna Lager or 1910 Czech Pilsner. And bonus points for hitting Larkin on a Friday as you can stop at Flying Bison for their weekly cask beer tapping at 3pm, before heading over to Buffalo Brewing, which opens at 4pm. Belt Line Brewery & Kitchen is conveniently across the street from Buffalo Brewing, so stop in there and try one of their delicious IPAs or fruited sours. Five minutes up the road from there is Big Ditch Brewing Company, where I recommend a pint of Hayburner IPA and a Breuben sandwich and fries. Drink through their draft board while you’re in too – you’ll be better off for it. You can also head down to Elmwood. Start out down at Mr. Goodbar, then head next door to Cole’s, both of which have great tap lists and killer wings any day of the week, before making the trek up Elmwood to Thin Man Brewery. Sure, it’s a little over a mile down the road, but the trip will be worth it in the end. Grab one of Thin Man’s house made brews and a bite to eat, and, before you depart, head across the street to Village Beer Merchant to do some shopping and take some beer home.

The Pearl Street / Canalside area is also a nice starting point. After getting dropped off, you’ll find your fair share of places to imbibe at will. Starting up on Pearl, you can hit Pearl Street Brewery, then walk a little ways down to SATO Brewpub for a Belgian-inspired beer or two (both venues have good food as well). Lafayette Brewing Company is also only a half mile away, which is more than worth the walk, or you can head to Canalside, which is two-tenths of a mile away. Make your way to Pizza Plant Canalside and (716) Food and Sport to continue your drinking exploits. The Labatt Brewhouse and Draft Room are also right around the corner, which feature a nice local beer selection on draft in addition to their in-house small batch brews. It’s not just Blue Heavy and Blue Light anymore. And, as if that isn’t enough, Lockhouse Distillery and Bar is only a half mile away from there.

The Old First Ward is worthy of a trip as well. Start out at Gene McCarthy’s / Old First Ward Brewing for a beer or three, then walk across the street to the Barrel Factory and check out Pressure Drop Brewing and Lakeward Spirits. Don’t miss Bar Cultivar, a cider bar that serves some of the best ciders from around the world, which is located in the same building. If you need to walk it off a bit, Buffalo Riverworks, home of Riverworks Brewing, is less than a mile away (the world’s only brewery inside a grain silo), as is Resurgence Brewing’s new location at 55 Chicago Street, a massive new 25,000 square foot facility with a full kitchen and multiple fully stocked bars.

Elsewhere in the city, Froth Brewing, who are making some of the most killer pastry stouts and fruited sours around, is up on Military Road, Resurgence Brewing’s home location sits on Niagara Street, directly up the road from Community Beer Works’ beautiful new brewery on Seventh Street. In the Black Rock neighborhood, you can find Thin Man Brewery’s state-of-the-art brewery on Chandler Street. Directly across from sits the Buffalo Cider Hall, which pretty much is what it says it is. Grab a game bocce out back if you have time. Up in East Aurora, head over to Aurora Brews Works for a pint as you shop for some take home beer, then take a walk up the road through the scenic town to Pine Street, where you’ll find 42 North Brewing Company. A quick stop off at the Craftsman Lounge at the historic Roycroft Inn while on your way sounds like a good idea. Don’t forget about the Griffon Pub for dinner if you’re hungry. And a little further up the road, in Strykersville, sits Windy Brew, a lovely little brewery where you can actually brew your own beer and take it home.

Continuing across Western New York, Clarence is quickly becoming a drinking destination with West Shore Brewing Company and Lilly Belle Meads, New York Beer Project has an opulent brewery / restaurant in Lockport, In The Mix is a unique brewery / creamery hybrid in Barker, where Blackbird Cider Works also calls home, Woodcock Brothers Brewing has two locations in Wilson and North Tonawanda and Pizza Plant and Buffalo Brewpub, New York State’s oldest operating brewpub, reside on Transit Road in Williamsville, as does Thin Man’s newest taproom inside Brennan’s Bowery Bar. Also in Tonawanda is Prosper Brewing. Further north in Lewiston, Brickyard Brewing Company are making some of the best beers available no one is talking about, and while you’re there, stop into Brewed & Bottled and grab some beer to take home while you sip on a proper pint.

Are you flying into town? Make sure you make 12 Gates Brewing a priority stop as it is located right around the corner from the Buffalo Niagara International Airport on Wehrle Drive.

Take one ride to the Walden Galleria Mall in Cheektowaga, then kill two birds with one stone and hit up both World of Beer and Gordon Biersch. A few miles south of there is Rusty Nickel Brewing, which sits in West Seneca. You could even venture down to Ellicottville for a quick little brewery tour as Ellicottville Brewing Company and Steelbound Brewery & Distillery are only a mile away from each other. And while you’re down in the Southern Tier, make a day of it at Southern Tier Brewing Company (Lakewood), brewery/winery/distillery hybrid Five & 20 Spirits and Brewing (Westfield), Big Inlet Brewing (Mayville), Four Mile Brewing (Olean) and Jamestown Brewing (Jamestown).

The Western New York beer scene is growing at a rapid pace with no signs in sight of slowing down, and exploring it all is as easy as clicking a button. The ability to safely and responsibly consume any number of craft beverages literally rests right at your fingertips. All you have to do is let someone else drive. 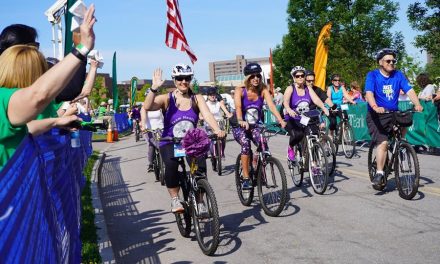