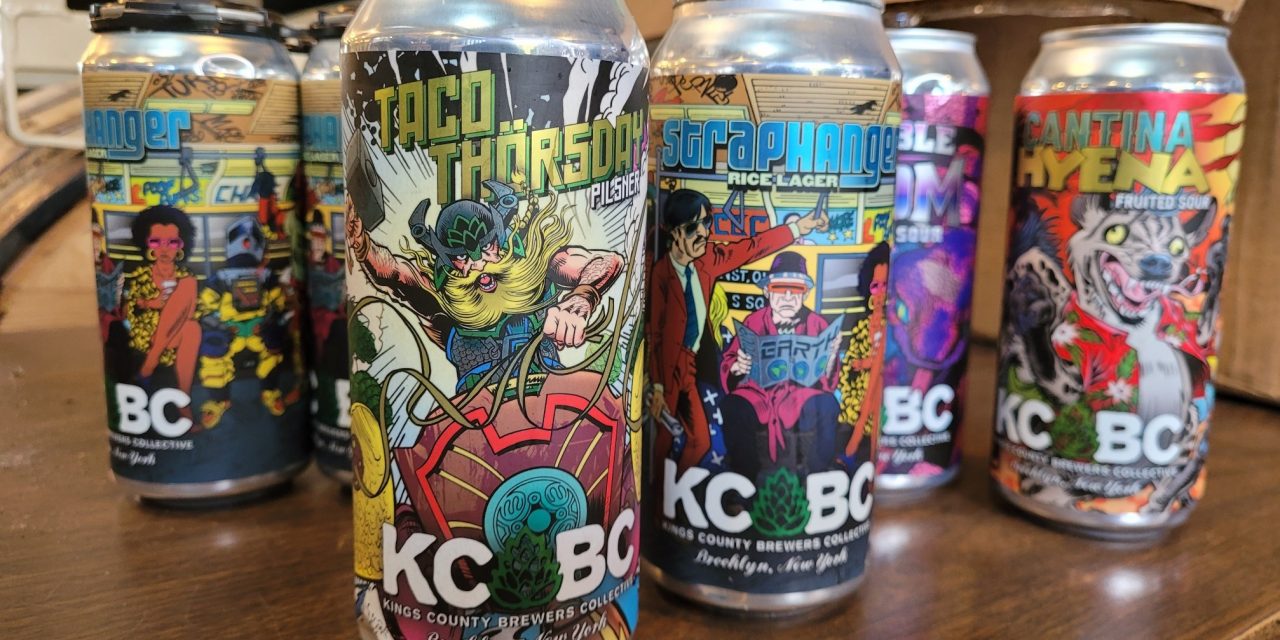 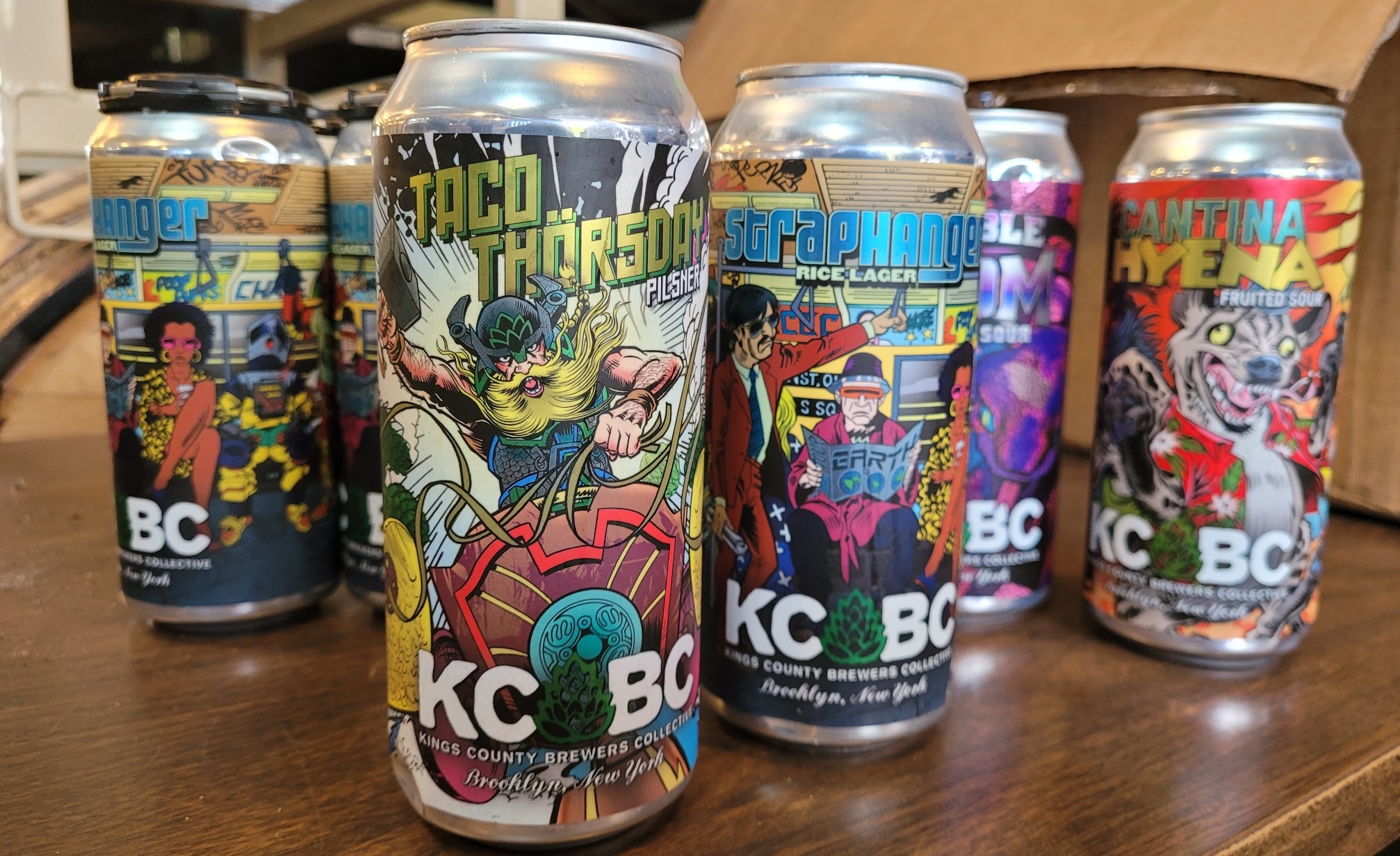 You can tell a lot about a brewery by its lagers because, as a wise man once told me, lagers don’t lie. It’s a beer that wears its flaws on its sleeve; shortcomings, mistakes, oversights. You can’t hide behind it. It won’t mask your deficiencies. Lagers are simple, yet complex, understated and unassuming in nature. It’s a style that can make you as a brewery, or break you, all in the span of 16 ounces.

As a proponent of the clear beer revolution (it IS coming, people), I support those who support lager, which is why I am fully on board with Kings County Brewers Collective’s Lager Appreciation Month, a social media movement that involves breweries filming themselves chugging lager, and then posting it online. If you didn’t know, KCBC is posting a different brewery daily throughout the month of May as part of #lagerappreciationmonth.

KCBC Co-Founder Zack Kinney says Lager Appreciation Month was born out of the pandemic as a way to distract from everything going on in the world. It also helped that the brewery was flush with lager in their tanks due to retail venues being shut down. So what to do with all that lager? As Kinney says, why not have some fun.

“We’d had the idea to do something like this a few years back, but it wasn’t until we found ourselves in the early days of the COVID pandemic (with waaaaay more lager waiting in our tanks and coldroom than we’d initially planned, due to all the bars & restaurants being shut down) that we decided to pull the trigger,” he said. “Initially our entire idea for “promoting” Lager Appreciation Month was just me shotgunning a different can of lager each day on Instagram for the entire month of May with my 3-year-old son Matteo at my side for encouragement (and comic relief).”

Honestly, every month is #lagerappreciationmonth, and we can’t thank our friends at @KCBCbeer & @communitybeer enough for including us a celebratory chug. And with May winding down, it’s a great time to announce #thecrispyboisofsummer, a crispy hashtag for summer lager drinking. pic.twitter.com/i7aRYv7Dzc

“It was just meant to be a fun, goofy way for us to share our love of lagers with our local NYC beer community and the craft beer world at large across the interwebs. At that time, we were all stuck at home (or stuck at the brewery) and pretty freaked out by the pandemic, so we thought this would give folks something fun and refreshing to distract themselves. And the best part was that folks seemed really into it. By the end of the month, we had people all over the world crushing cans of lager, doing the Lager Dance, and generally having a good time with the whole thing. So I guess it worked.”

Lager Appreciation Month is also a way to shine a much needed spotlight on craft lagers, a style that often get overshadowed by the hazy IPAs, heavily fruited sours and adjunct-laden pastry stouts of the modern beer world. Kinney says that, hopefully, these posts will lead to more lagers in the hands of more craft beer drinkers.

“We love brewing and drinking lagers, but they generally don’t get as much attention in the craft beer community when compared to hazy IPAs, pastry stouts, and fruited sours. We have a pretty simple mission statement for Lager Appreciation Month: We love lagers. You love lagers. Everyone should drink more lagers! (And hopefully have fun while doing it),” he says. “I think there’s always been a love for lagers amongst craft beer industry folks, but I do feel like we’re seeing more traction and interest in these beers amongst both avid “beer nerd” drinkers (some of whom are hitting palate fatigue from all the hazy IPAs, pastry stouts, etc.) and casual newcomers as well. These beers take more time to brew and more time to perfect, but I do believe that a well-made lager can appeal to anyone. It’s beer-flavored-beer!”

What goes into brewing a great lager? For me, as I’m sure it is for many others, lagers should be clean and crisp with an ultra-smooth finish, light bodied with a touch of malt. There’s no need for overt hops, though hopped lagers can be a good thing. I also enjoy bready European-style lagers. Kinney explains the best craft lagers, in his opinion, are the simplest. 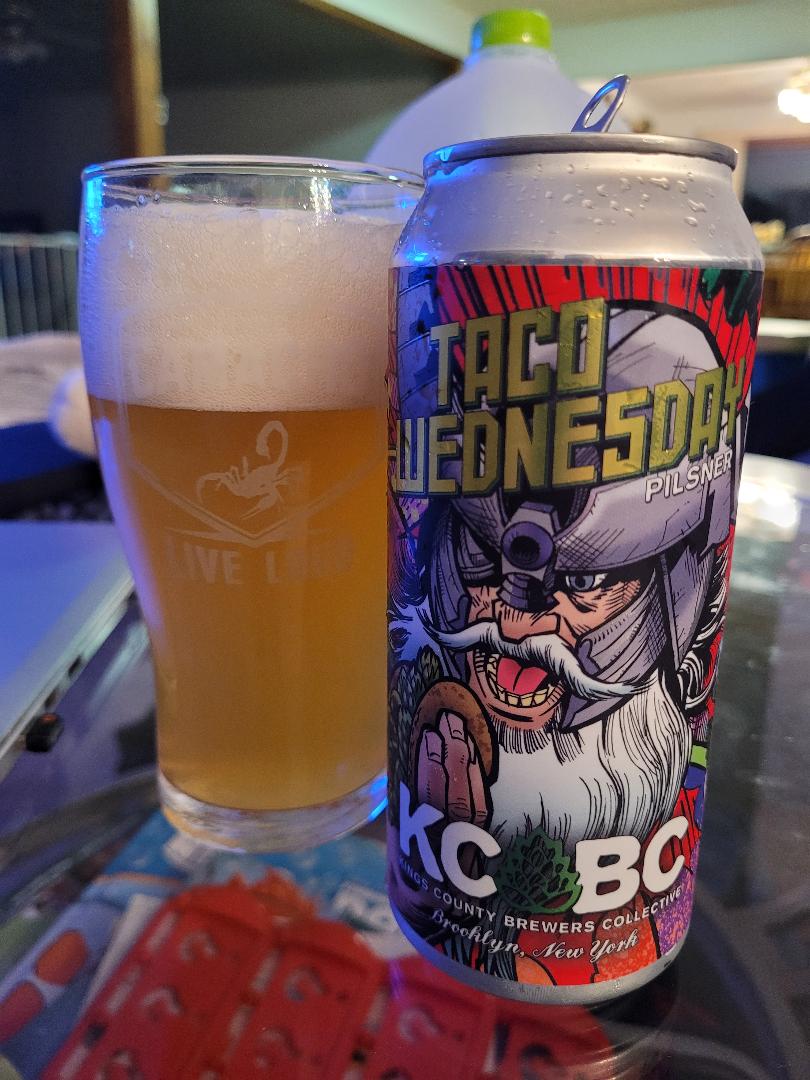 While I missed out on KCBC’s Who the Hell Is Anton Paar? Smoked Lemon Helles (they sold out of this beer rather quickly), I did just recently have their Taco Wednesday and Taco Thorsday, so these guys know a thing or two about crafting good crispys.

“I think it really comes down to balance and drinkability,” Kinney explains. “I mean, I love hops (some of my favorite craft lagers are very hop-forward) and I love weird beers, but for me, the best craft lagers take a few, simple ingredients and marry them together in a way that encourages the drinker to have more than one.”

So, for a guy who created a social media movement that involves chugging, drinking, shotgunning and every other adjective you can think of for consuming lagers, what are some of his favorite crispy bois? He says that’s not an easy choice.

“Man, there are so many choices these days. It’s a great time for craft lager lovers! Personally, I’m a big fan of Kicking & Screaming Foudre Pils from Threes and Luppolo Italian Pils from Oxbow. Fresh Pivo from Firestone Walker is one of my faves as well.”

To see more, check out https://www.instagram.com/kcbcbeer.

“I just want to make sure I give a shoutout to our team of lager-lovin’ rockstars at KCBC! These folks kick ass and have fun while doing it,” Kinney aptly ends off.

And with May winding down, it’s a great time to announce #thecrispyboisofsummer, a hashtag to commemorate summer lager drinking. Keep it locked to our social media feeds to follow our clear beer drinking adventures over the next few months. 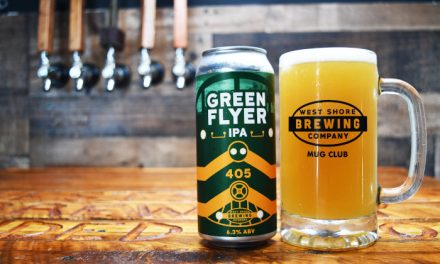