While the old saying isn’t fourth times a charm, it just might have to be changed to that because the Guest Brewers Tent at the fourth annual Buffalo Brewers Festival is as strong, if not stronger, as it has ever been in the past. You can find out for yourself as the marquee summer beer festival returns on Saturday, June 24 at Buffalo’s Outer Harbor.

The brewery lineup for this year’s Guest Brewers tent is as good as it has ever been, if not vastly superior to previous years. Headlined by Brooklyn’s brewery du jour Other Half Brewing, along with fellow New York breweries Industrial Arts Brewing and Singlecut Beersmiths, the beer game at the Guest Brewers Tent is going to be strong. Real strong.

Here is the full list of Guest Brewers and the beer they are bringing:

Tickets for the festival can be purchased online or at any of your local Consumers Beverages location, Aurora Brew Works or Premier Gourmet. 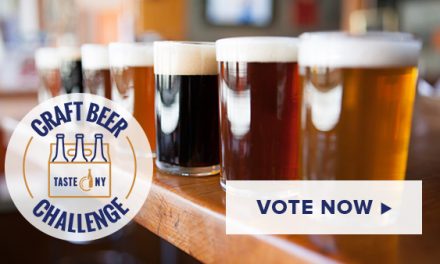 14 Highlights from the Buffalo Niagara Brewers Invitational (In Beer Form)