The recent catastrophic California Camp Fire destroyed entire neighborhoods and communities, leaving over 153,000 acres of land and over 13,000 buildings and homes burned and decimated in its wake, while killing at least 85 people. Nearby Sierra Nevada Brewery, true pioneers and a pillar of the craft beer world, took it upon themselves to use their best weapon – beer – to help give back and start to rebuild.

And from tragedy, the Resilience Project was born, started by Sierra Nevada founder Ken Grossman, who called on everyone in the industry to take his Resilience Butte County Proud IPA recipe and brew the beer to help those affected in his home state. Proceeds from sales will go directly toward the Sierra Nevada Camp Fire Relief Fund, which will help rebuild and support areas most affected by the Camp Fire.

Grossman’s ask is a major reason why Flying Bison decided to take part because, according to founder and Buffalo beer’s most recognizable mustache, Tim Herzog, how do you say no to someone like Ken Grossman? “Who says “no” to Ken Grossman?” Herzog says. “Flying Bison has been community involved ever since we started. The Resilience Project is a good deal larger in scope than anything we have been involved in before, but this is a tragedy bigger than most can imagine. They have no home, no food, and no way to start again. The hope behind this is to give the victims some help to get started again.”

“Being involved in the community has been a huge part of craft brewers’ MO since the beginning of the movement,” Flying Bison Head Brewer Colin Herzog adds. “Beer brings people together to engage and socialize with each other and with that comes the desire to help where needed, and the folks in California dealing with this terrible disaster need a lot of help.”

Taking part in the Resilience Project was a no-brainer for Thin Man’s Rudy Watkins, who cites Sierra Nevada as one of his biggest inspirations as a brewer.

“How could we not make this beer? We have the opportunity to raise a significant amount money for people who have suffered from a horrible disaster. Sierra Nevada has been an inspiration for my entire brewing (and drinking!) career. The project is a testament to the amazing people that make up the craft beer industry – from Sierra and the folks organizing this, to Country Malt, who donated the ingredients to us, to the folks who are going to walk into the pub & give their money to those who suffered from the fire.”

Ellicottville Brewing was honored to be able to help give back, according to brewer Dan Minner, who says the brewery was eager to help out once they found out about the Resilience Project.

“Like the rest of the country we heard the developments of the campfire and the horrible Devastation that happened in Butte County as it developed. It has taken its toll on town like Paradise not only in the precious lives of the victims it claimed and those who are still missing, but also the infrastructure and more than 14,000 homes of the surrounding community. We have had the great privilege of visiting that beautiful part of the country and spending a day with our colleagues at Sierra Nevada. When we heard of this project and this interesting new idea of a sort of a “brewsourcing” fundraiser we were eager to use our skills to help those in need. Please come visit EBC and all the local breweries serving it up during this giving season.” Former Northern California resident and current Pressure Drop Brewing Head brewery Karl Kolbe, who spent year honing his craft at Knee Deep Brewing, says he jumped at the chance to help out because he has experienced the effects of a wildfire up close and personal.

“Having lived in northern California for 12 years, I know all too well the effects of wildfire on a community. While living in Auburn, California, our small Sierra foothills town experienced a wildfire that destroyed over 100 homes and businesses. The town of Paradise is just over an hour drive from Auburn. Seeing my neighbors experiencing this tragedy hits us hard. I’m thankful that Sierra Nevada Brewing has given us this opportunity to work as a community to help the people affected.”

Batavia’s Eli Fish Brewing didn’t give it a second thought once they got the call asking them to take part.

“We decided to brew the Resilience IPA as soon as the Brewers Association sent the email requesting support,” Owner/Brewer Jonathan Mager. “We saw it and had to do it, even before we knew thousands of fellow brewers had the same reaction. It’s an amazing idea to get thousands of brewers to brew the same recipe and donate the proceeds to a single cause. The Camp Fire in California definitely hit close to home for Sierra Nevada who started this whole project, and we applaud them for the incredible foresight, determination and dedication it took to pull this project off. It blows us away, we are a tiny brewery in Batavia, NY, and we get the opportunity to be part of such an incredible nationwide movement. It’s truly remarkable how the entire brewing community embraced the idea. Also, the amount of aid that the Camp Fire relief fund will receive as a result of this project is truly humbling.”

Ryan Brady of the newly opened Labatt Brew House adds that it was the true sense of community amongst the brewing industry that drew him to take part. “I think one of the best things about beer is that it brings people together (typically for fun), and being able to use that power to help a community out that has been severely damaged is a great opportunity.”

Rusty Nickel shares Brady’s sentiment, according to Head brewer Dave Johnson. “For us, it’s about being small but still being able to be part of something big that should really make a difference. Beer can be powerful.” The shocking footage of the aftermath of Camp Fire caught the attention of Brickyard Brewing Head Brewer John Paul Meeter. “It’s just about how shocking the footage was. You hear about fires, but I had never seen anything like that. If I was one of those people out there I would literally have no idea how or where to even start rebuilding.”

42 North owner John Cimperman says that 42 North answered the bell because they believe in brewing beer for the greater cause, and because some of his team, like Pressure Drop’s Karl Kolbe, has California roots.

“42 North answered the call from Sierra Nevada for a couple of reasons,” Cimperman says. “As an industry, we can do a lot of good through collaboration. This is another example. Also, our team has some Northern California roots and wanted to support a place, and people, that are important to us.”

Flying Bison, Ellicottville and Brickyard currently have their versions on tap at their respective taprooms. You can expect Pressure Drop, Rusty Nickel and Thin Man’s Resilience IPA’s in late December and 42 North and Eli Fish will have their versions in early January. 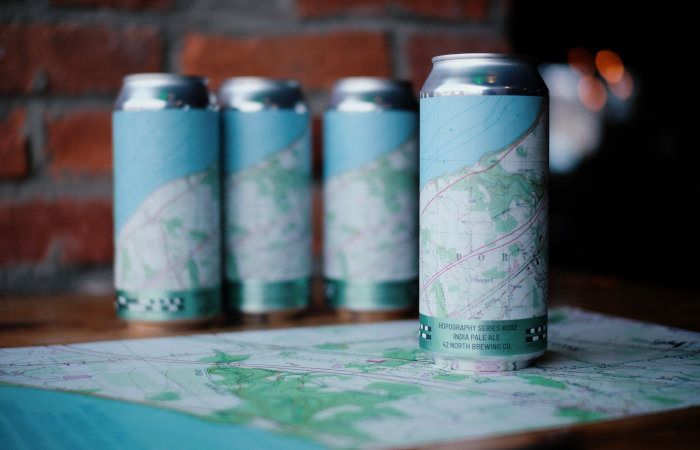