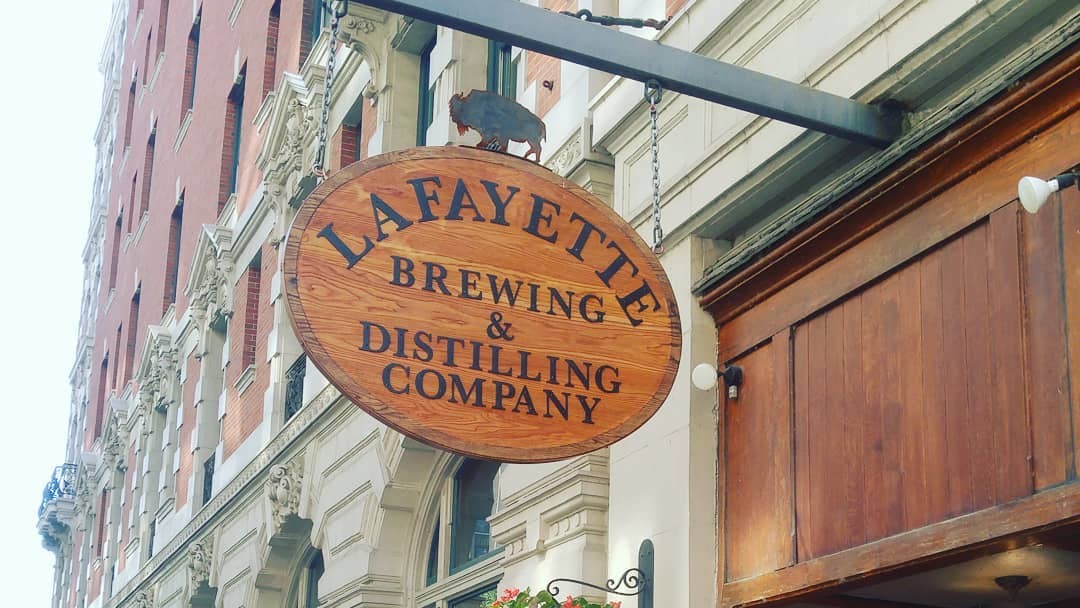 Pan-American Brewery, nestled inside of the historic Hotel Lafayette and one of the Buffalo beer scene’s better kept secrets for the past five years, is now officially Lafayette Brewing Company.

Head brewer Chris Herr, who you may know as the man who also brews the beer for Pearl Street Brewery and Riverworks Brewing Company, explains that the rebrand was born out of necessity because conveying the message that they are in fact a brewery has been somewhat of a struggle to this point.

“It has been one of our greatest challenges at Pan-Am to convey that we are a brewery,” Herr says. “Many people think that we are just a restaurant with a craft beer menu, and in some cases I’ve heard that they think we’re brewing beers at Pearl Street and simply bringing them over to Pan-Am. This is obviously not the case for those ‘in the know,’ but it’s been a challenge for us. The fact that the brewery is not as visible as it is in our other locations adds to that challenge. We feel that by re-branding as Lafayette Brewing Company that it will make our business more obvious.”

“Our goal is to convey to the average person and tourists that we are a brewery in addition to a restaurant with a unique beer list brewed in the basement of a beautifully restored historic building in downtown Buffalo. It’s also the licensed name of our brewery already, so it’s more of a push towards our roots. I do think it’s a better representation, as most breweries have food as well, but most restaurants don’t brew their own beer.” As a member of the Pearl Street family of properties, Lafayette Brewing features a number of flagship offerings such as the Terminator Pale Ale and Roosevelt Red as well as the popular seasonal Cheaters IPA, whose recipes will remain the same for the most part. LBC’s 15-barrel system produces 465 gallon batches year round.

“Our core beers (Lackawanna Lager, High Iron Wit, Rough Rider Porter) will all still be on draft along with Trainwreck, our company wide signature beer,” Herr adds. “In addition to those 6 core beers, we have a constantly rotating list of 4 seasonal beers that are always unique to Lafayette, and generally speaking we shoot for the hoppier styles. This gives us a lot of opportunity to play with new hops, techniques, and incorporating unique flavors in to our beers which is very exciting.”

“We also believe that our strength as a brewpub which brews relatively small batches of beer is mobility – we can change a recipe slightly to try to make it better every time. I always say my goal isn’t to completely change a beer recipe when I revise it, but just to make it taste a little bit better than last time. I want people to keep trying our beer and always think ‘Wow, that’s even better than I remember!’” The name isn’t the only thing that’s been revamped either – the food menu was addressed as well. The brewery is moving to a higher-end sharable plate vibe for their new menu, which was curated to better pair with their handcrafted beers. The new menu includes chicken wings, Pickle Dippers (fried pickle spears with a zesty jalapeno ranch sauce), Bavarian pretzels with house made beer dip, Wonton Bites, Pulled Pork Nachos, Pot Roast Poutine and the signature Lafayette Pub Plate (assorted meats, cheese, fruits and bread). The brewery has a new Sunday Brunch menu, which includes $10 bottomless Mimosas and also offers a happy hour Monday through Thursday from 4-7pm with $3.50 pints.

“The general vibe of the place will stay the same,” Herr says.

One thing that will not need addressing is LBC’s game room (located in the back lounge), because that space was recently renovated to include a new shuffleboard table, dart boards, foosball table, pool table, pinball machines, couches and televisions. And that’s on top of the fireplace and additional seating next to it.

And if you’ve never been down to Pan-American Brewery, scratch that, Lafayette Brewing Company, or haven’t been down in some time, Herr puts it simply as to what you should expect.

“Great beer and better company, good food and friendly staff,” he says. “Fresh beer and a wide assortment of styles, from light to smooth, hoppy to dark and robust, and everything in between – there simply isn’t a better kept secret in our city than Lafayette Brewing Company. We’re hoping to let that secret out. We have an excellent menu and we’re still walking distance from Key Bank Arena and Canalside, which makes us an excellent spot to pop in and get some food before a major event down town while still avoiding some of the crowds. Did I forget to mention the award winning beer? You can’t miss.”

For more information on the newly minted Lafayette Brewing Company, including their new food and brunch menus, visit www.lafbrewco.com. 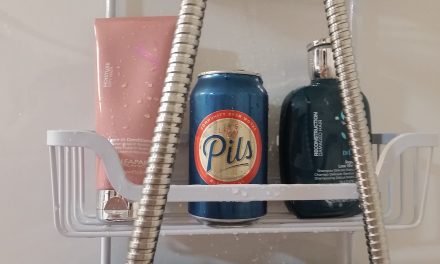