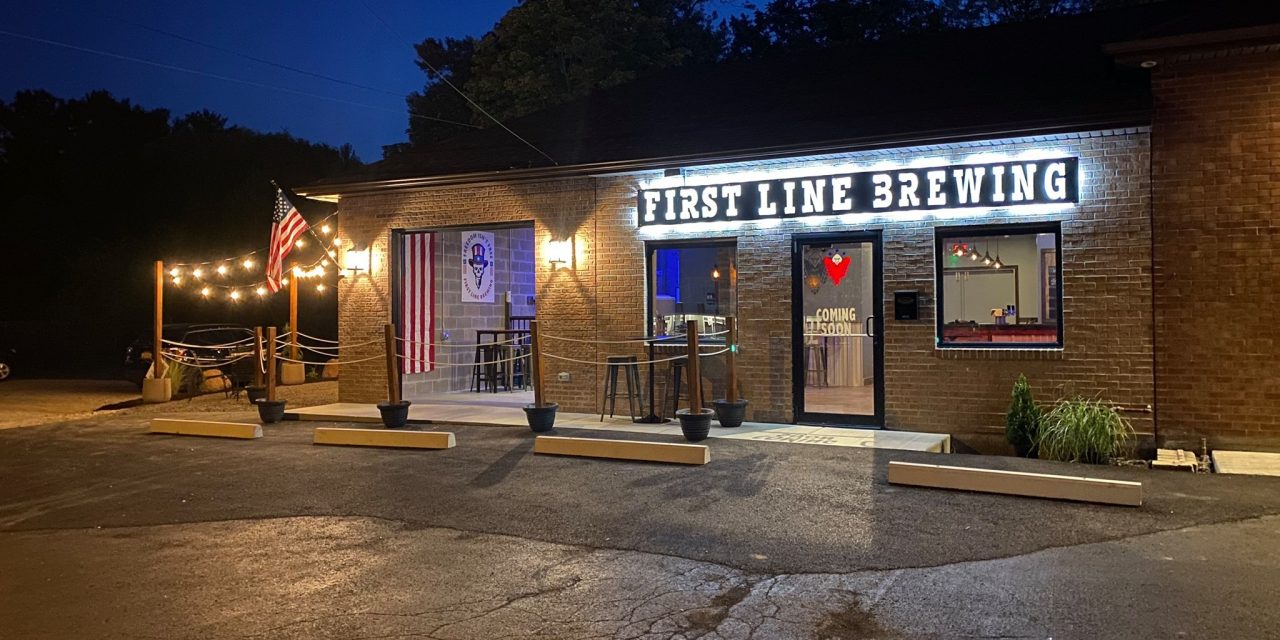 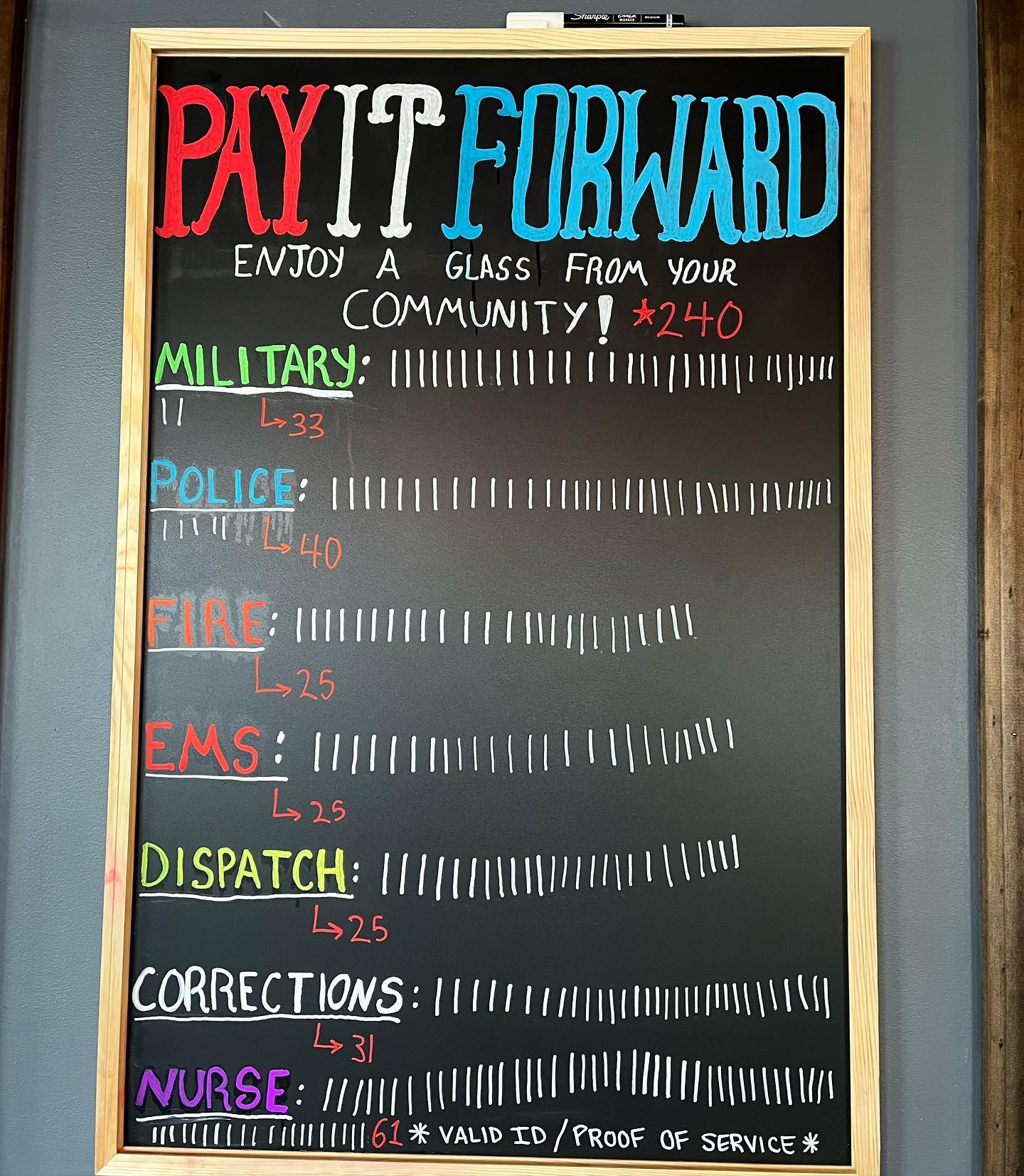 After contributing to numerous charities including K9’s for Warriors, Tunnel to Towers and Veterans One-stop Center of WNY, as well as to the families of veterans directly, Orchard Park’s First Line Brewing have found yet another way to give back to our local first responders, frontline and essential workers and are doing so by putting their best foot forward – their beer. Free beer that is, thanks to the newly instituted Pay It Forward program.

The idea is simple – you can purchase a beer for military, police, fire and EMS members, as well as dispatch operators, corrections officers and nurses. Your tally then goes on the Pay It Forward board, which is currently displayed in the brewery. Then anyone of those essential and frontline workers can visit the brewery and enjoy their first beer for free.

“The idea for the “Pay It Forward” board is actually something we came up with long before we even opened,” Head Brewer Shane Stewart says. “It was one of our ideas to just give back and create an environment where the community is so helpful with each other. It really is just a way for the customers to individually do something nice for someone else. We always give back and try to help people. So we wanted to give another outlet that made our customers proud.”

Stewart said that the board has been more popular than they could have imagined, which is a great thing in the end. As of this writing, there are currently 262 free beers waiting for military, police, fire and EMS members, dispatch operators, corrections officers and nurses. 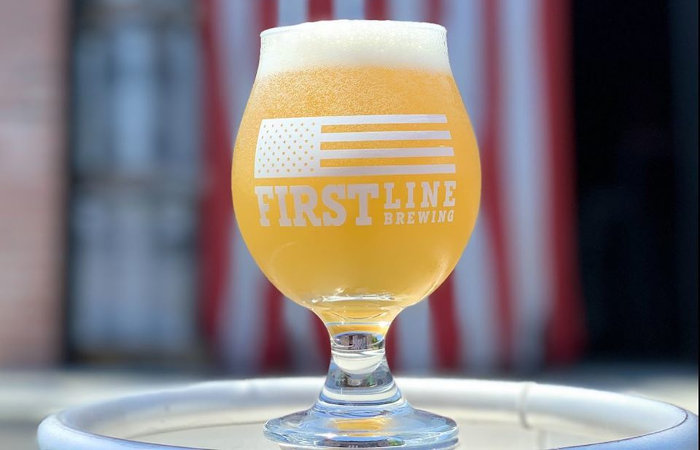 “Once we released it, it instantly blew up,” Stewart says. “We had over 150 beers purchased in less than a day! The first responder community knows we at First Line will always have their back. But I think it brings a whole new level of respect when they see customers buying them beers like this. Really to show them how much we all appreciate them and their job.”

If you’d like to contribute, tell your server/bartender who you would like to buy a beer for the next time you find yourself in First Line’s Orchard Park taproom. They will write a tally next to the service you choose ($6 per beer). If you are interested in buying a round for a service member, but can’t make it into the brewery, you can also donate via Venmo at “firstlinebrewing.”

“We have been wanting to do this since we have opened, but could never find the best place for it or if we wanted to do a board, a token or something of that nature,” Co-Owner Michael Maiorana adds. “But unfortunately that idea got pushed behind while we got busy doing other things. I remember seeing another place do something like this awhile ago on social media and when First Line was still an idea, we said to each other, ‘we got to do this.’ Then the other day, I don’t remember exactly how it got brought back up, but we decided to replace our whiteboard that had upcoming news and beers with a chalk board and then the idea hit us to do this. I think it’s important to have the community come together in any way possible and it’s cool to see all the support and respect these individuals have. There is no better feeling than making someone feel welcomed and appreciated. We thought it was perfect time to start during the holidays but we re going to have this board forever.”

Subsequently, any service member can come in and use one of the tally’s for their first beer free. All you need to do is show valid ID/ proof of service.