Lockport’s New York Beer Project are expanding their horizons with a new location up the I-90 in the Rochester suburb of Victor. The new multistory space will feature a full gastropub, indoor beer garden with large communal tables, outdoor patio, small production brewery, mezzanine event space and a rooftop terrace. Developer Fred Rainaldi Jr. will own the building and plans call for NYBP to lease. The entire space will be 25,000 square feet with other tenants planned. Construction on the new location has begun with a tentative opening date is set for late 2018 or early 2019, according to reports. There’s nothing better than a beautiful day along the waterfront, which you can enjoy at Brews & Wines on the Water 2018, held in conjunction with the Buffalo Niagara Brewers Association, at North Tonawanda’s Gratwick Park (July 28, 2pm). Sample over 100 craft beers from local favorites such as 12 Gates, 42 North, Big Ditch, Pressure Drop, Thin Man, Southern Tier, Community Beer Works, Ellicottville Brewing, Hamburg, Rusty Nickel and many, many more. Brews & Wines on the Water 2018 will also feature live performances from national recording artists Lord Huron and Madisen Ward and the Mama Bear. Tickets at GetMyPerks.com. 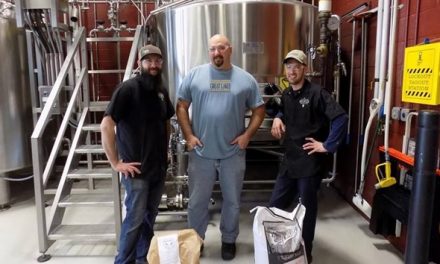