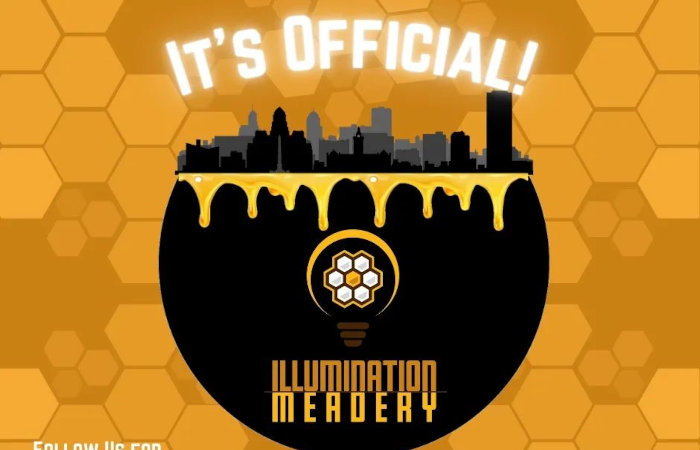 Illumination Meadery to Open Inside Company B. Tasting Room

Illumination Meadery has announced plans to open inside Company B. Tasting Room at 1250 Niagara Street. They plan to utilize production space behind Company B. Tasting Room and will be posting about their membership club in the near future on their social channels. They also plan to hold tasting events at various bottle shops and taprooms this summer. For more information, click here. 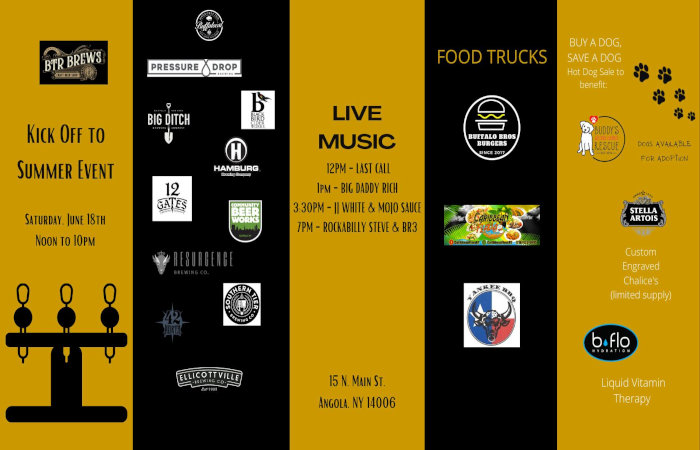 BTR Brews are shutting down Main St. in the Village of Angola on June 18 for their Kick Off to Summer event, which will feature dozens of local craft beers, food trucks and live music. There is no entry fee, but sheets of tickets will be on sale for $20 each. Beer will be available from Community Beer Works, Pressure Drop, Thin Man, 12 Gates, 42 North and more. Live music will be provided by Last Call, Big Daddy Rich, JJ White & Mojo Sauce and Rockabilly Steve & BR3, food will be available from Buffalo Bros. Burgers, Caribbean Flava and Yankee BBQ and there will also be a Buy a Dog, Save a Dog – Hot Dog Sale to Benefit Buddy’s Second Chance Rescue, custom engraved chalice’s from Stella Artois and Liquid Vitamin Therapy from BFLO Hydration. 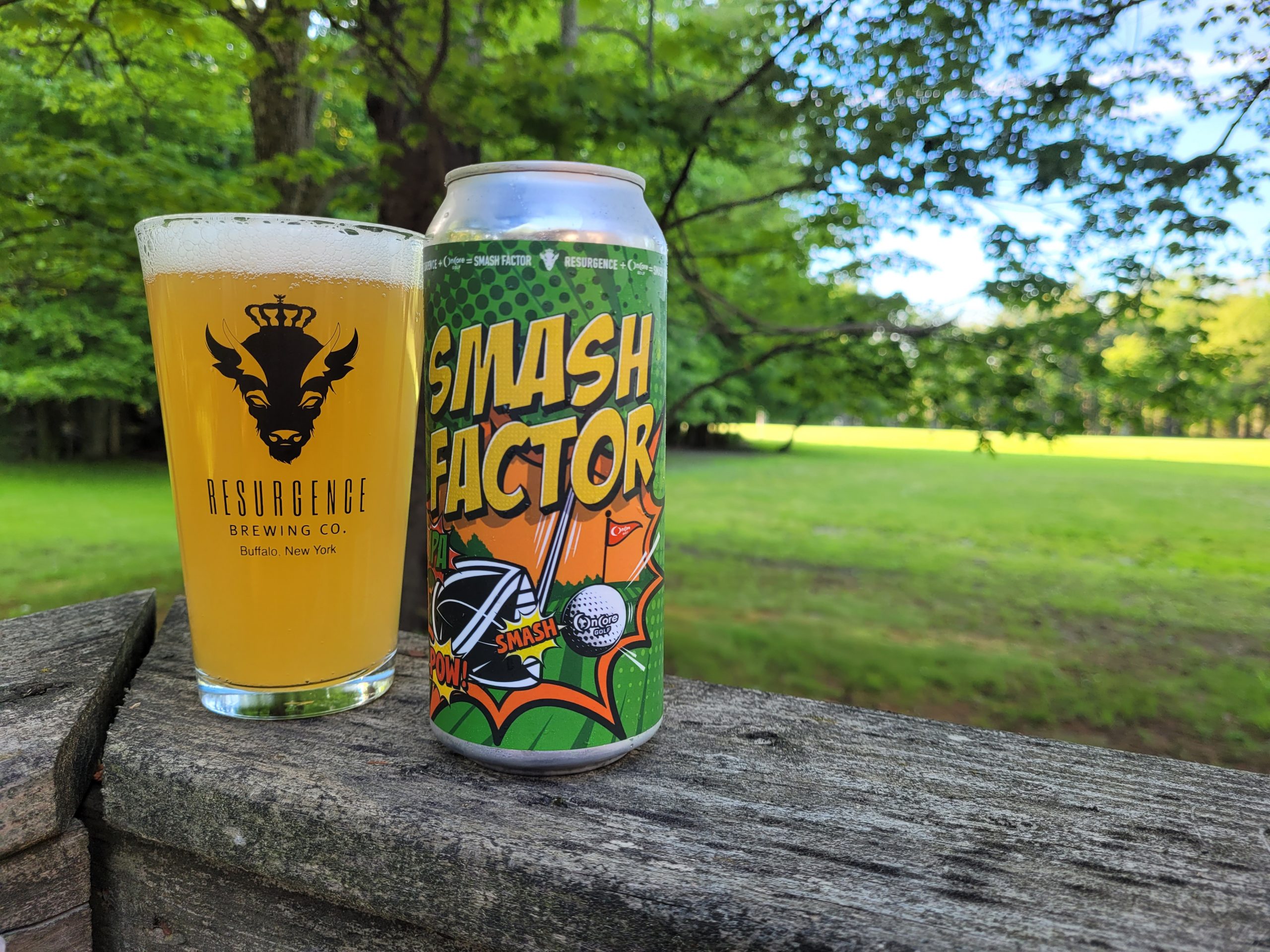 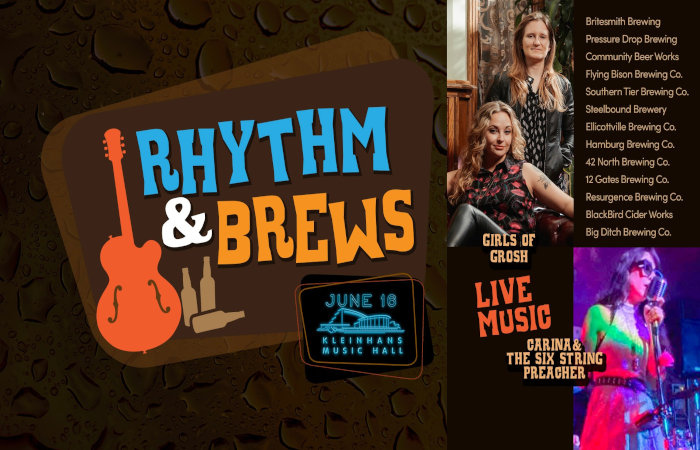 Tickets Remain for Rhythm and Brews Benefit at Kleinhans

A limited amount of tickets still remain for Rhythm and Brews at Kleinhans Music Hall on June 16 (6:30pm). The event will feature beer from 13 local breweries, cuisine from Oliver’s, Marcato by SEAR, Britesmith and Creekview Restaurant and live music by Carina and the Six String Preacher and Girls of Grosh. Proceeds will benefit Kleinhans’s programming, including the annual National Geographic Live Speakers Series and building upkeep. Everyone will receive a commemorative glass. General admission tickets are $45 and VIP are $75, which include early admission, first tastings and reserved seating. For tickets, call (716) 885-5000 or visit kleinhansbuffalo.org. 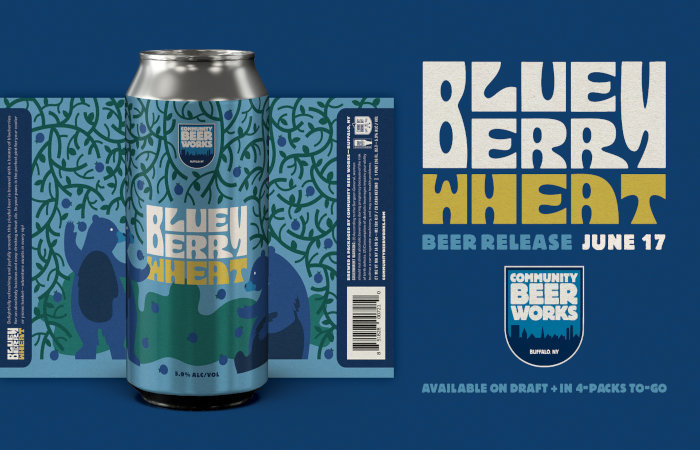 First, it was the return of Summer Playlist Hefeweizen and Meyer Lemon Lets Go Pils, and now CBW is keeping the summer beers flowing with the release of Blueberry Wheat on June 17 (3pm). This beer is brewed with loads of blueberries to create a truly berrylicious easy-drinking wheat ale. 4-pack 16oz. cans and draft will be available on June 17 at CBW’s 7th Street taproom. 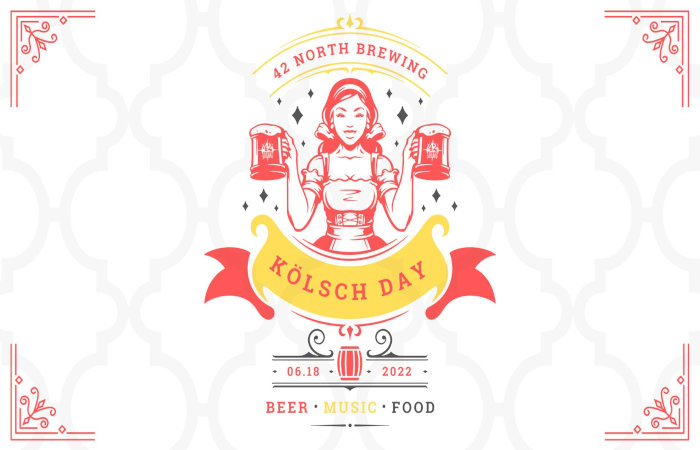 After a three year hiatus due to the pandemic, 42 North Brewing are once again celebrating all things kolsch at their 4th Annual Kolsch Day on June 18 (12pm). In honor of the beer style, they will be serving traditional German kolsch in Stange glassware, and running tabs for those participating until they are finished. “We’ll give you a punch card, every refill of the Stange glass is a punch, eat German fare, pretend you’re in Cologne and add up your punches at the end to see which one of your friends likes Kolsch the most,” the brewery says. There will also be live music and German-themed food. 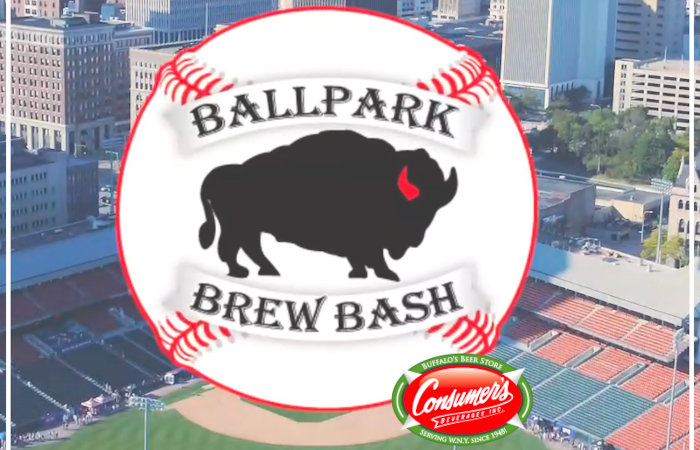 Tickets On Sale for 2022 Ballpark BrewBash

While the 2022 Ballpark BrewBash at Sahlen’s Field is still a few months away (September 3), tickets are on sale now at all Consumer’s Beverages locations. General admission tickets are $35 (4-7pm) and VIP tickets are $79 (3-7pm). Consumer’s is running a special offer now through July 4 – get a free flex ticket to 1 of 4 Buffalo Waterfront Outer Harbor Concert shows (Ja Rule, Moe, Taking Back Sunday, BPO / The Strictly Hip) with each purchase of a Ballpark Brew Bash ticket. 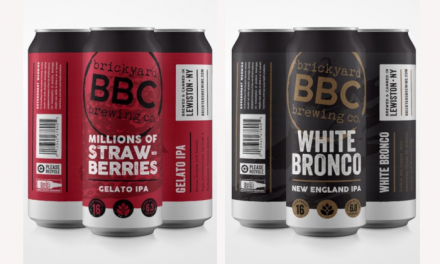 From Broncos to Strawberries, Brickyard Brewing’s New Can Release Finds Them at Their Best 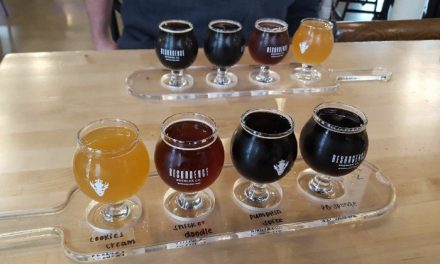