BriarBrothers Brewing Are Breathing New Life Into Buffalo’s Brewing Past 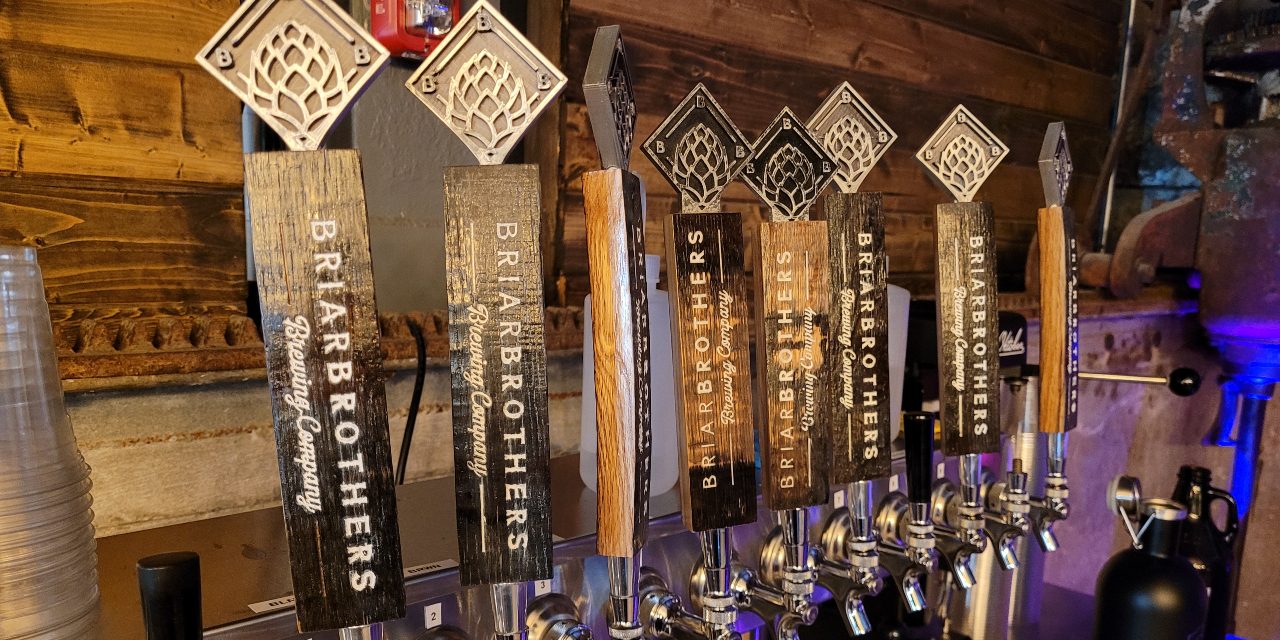 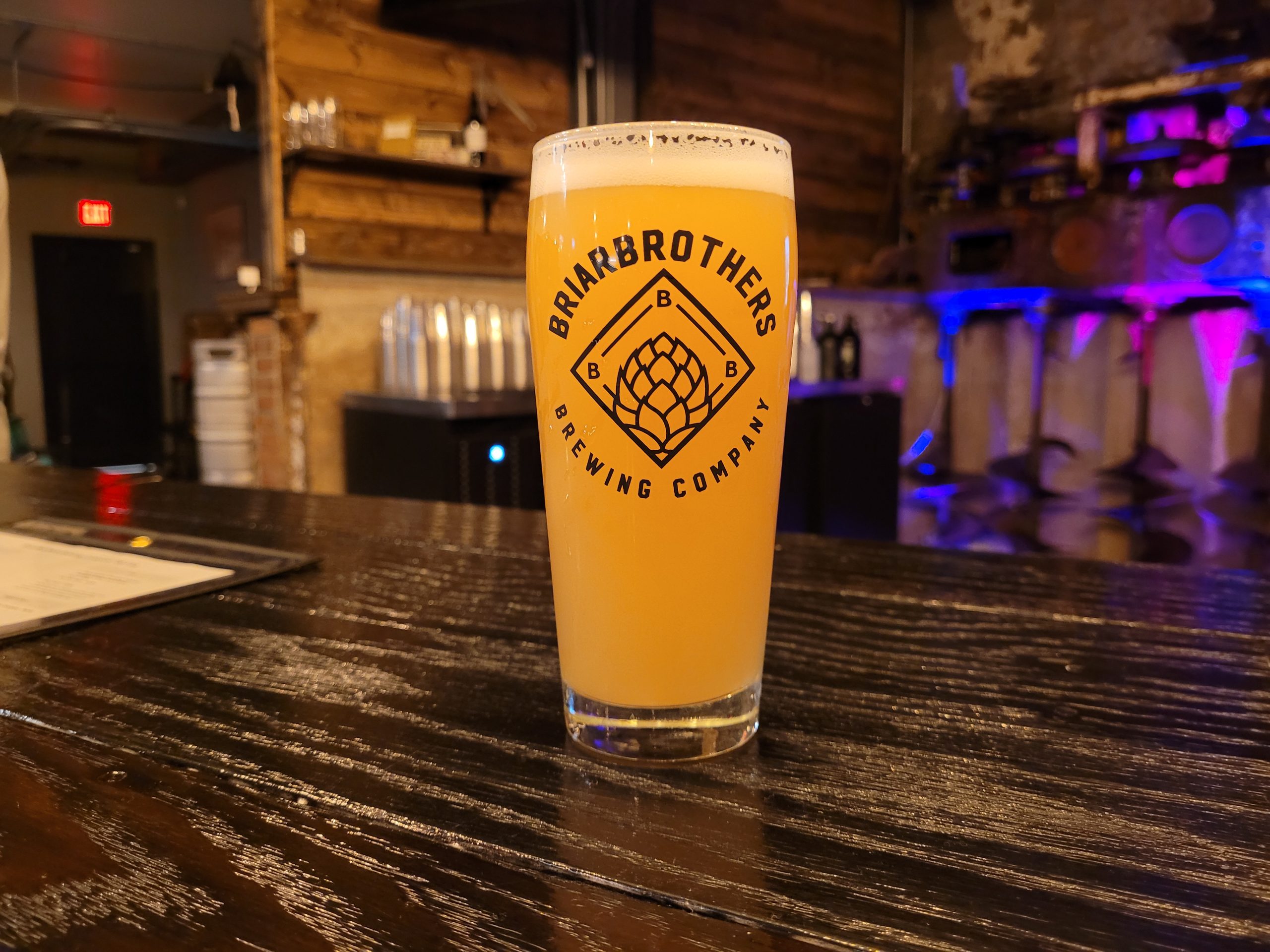 BriarBrothers Brewing Company, the brainchild of homebrewers Joel and Dylan Betti, will officially open their taproom at the Silos at Elks Street on June 25. Located inside the historic Buffalo Malting Corp. silos, which once housed William A. Kriener and Sons Malting, BriarBrothers are breathing new life into a once forgotten piece of Buffalo’s rich brewing history.

“Two brothers, Joel and Dylan,” Joel explains. “Dylan is the head brewer and I’m the head of taproom operations. On any given day that you walk into the brewery, you will see either Joel or Dylan or both! The vision we’ve always had is to make this a very personable experience, one where you will get to know the guys behind the beer and feel like one of the family!” 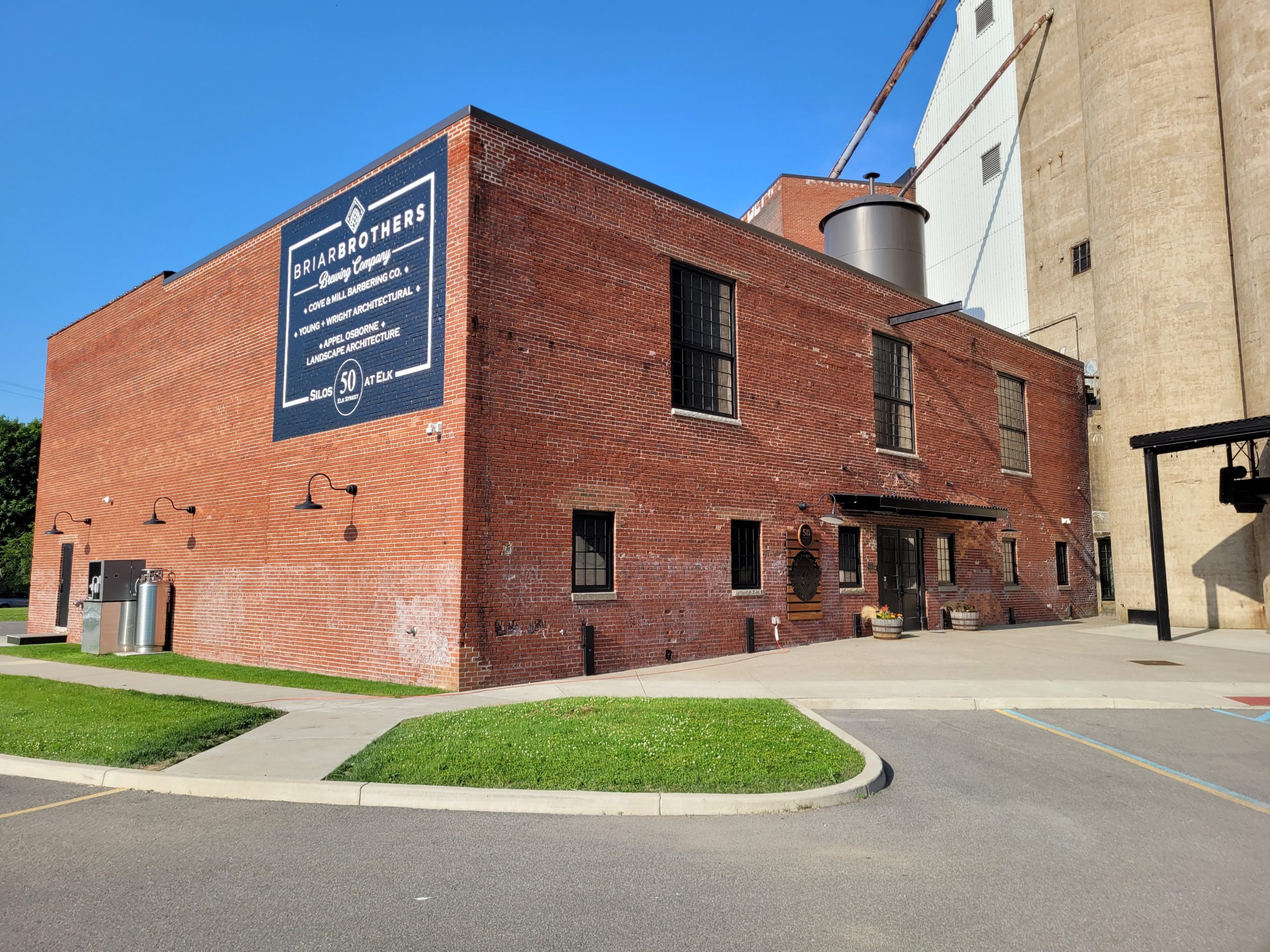 For the grand opening, which kicks off at noon on Saturday, June 25, the House of Munch food truck will serve food starting at 3pm and The Crew will provide live music at 6pm.

***Pro Tip: Swing by BriarBrothers Brewing at noon to help them celebrate their grand opening with a few flights, then grab an Uber or Lyft to Calanside and keep your Saturday rolling along at the NYS Craft Brewers Festival at 2pm. Purchase tickets online or purchase them at the door.

“We have the pleasure of being able to open in the historical Buffalo Malting Corp silos on Elk St. in Buffalo,” Joel says. “Formerly known as William A. Kriener and Sons Malting, it was one of a small number of malt houses that provided grain and malt for the breweries of Western New York to make their products in the early 1900’s. These silos sold malt to many of WNY and Erie breweries prior to their closing, such as Iroquois and Genesee.” 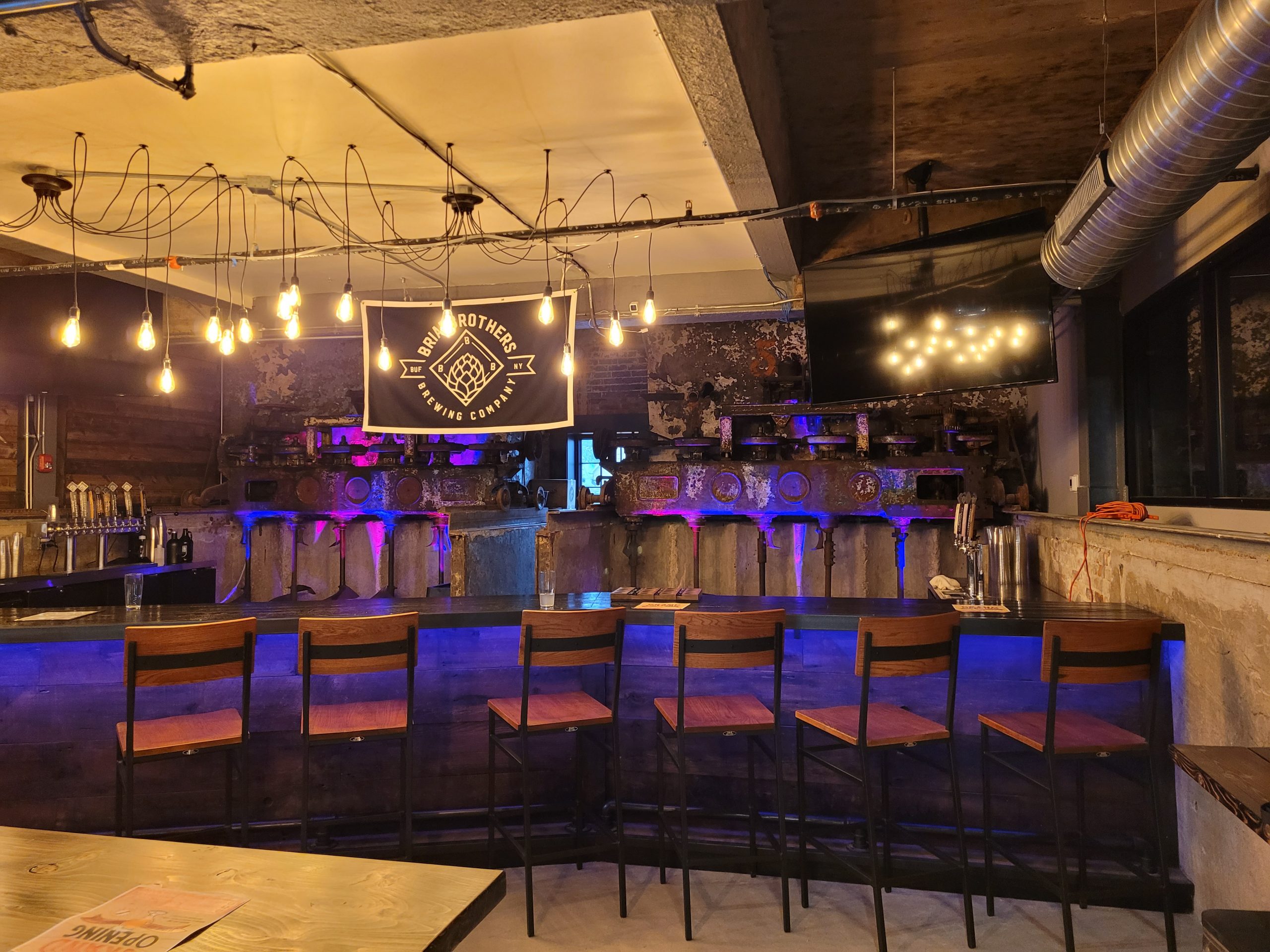 Let’s start with the space. First off, I personally can appreciate any brewery opening in the city that has dedicated parking, which BriarBrothers does, both at the brewery and across the street. Once you park, the first thing you see is just how truly massive and awe-inspiring these grain silos really are up close and personal. Walking into the taproom proper, you get a full view of the brewhouse (a 3 vessel 5 BBL electric brewhouse equipped with five 5 BBL unitank fermenters), plenty of bar and table seating, exposed brick and many unique and original elements of the former grain silo, complete with the original grain augers situated behind the bar. There’s also outdoor seating, a small stage built into the side of the silo, a self-serve water station, dedication ordering station at the bar, reclaimed wood, hanging Edison lights and more. 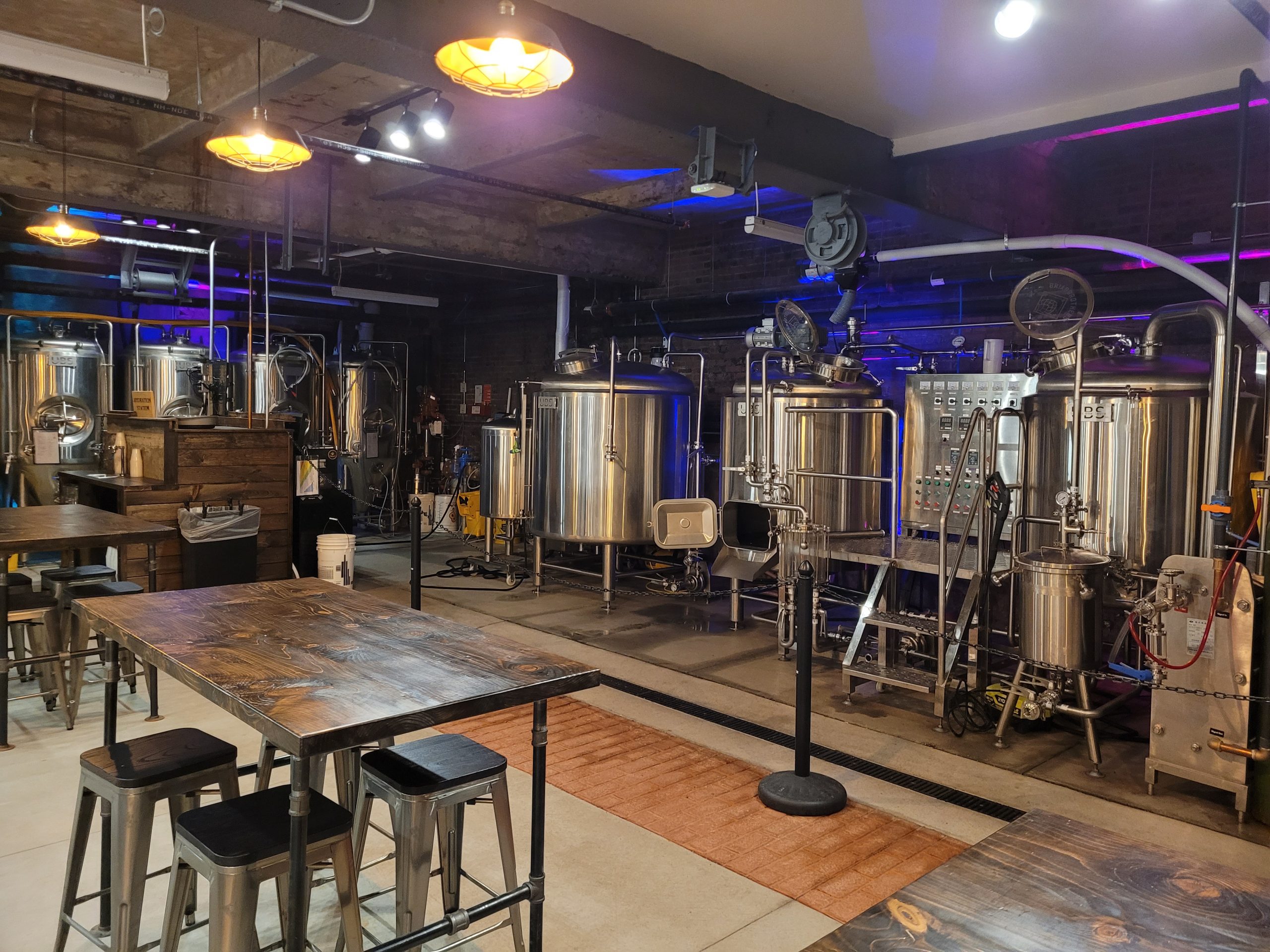 “We really love the feel that comes from the space as it is. Having such an incredible history tied to WNY beer and brewing, we love that we are able to incorporate the rustic and raw feel of the space,” Joel says. “Using the original grain augers as a backdrop to the bar, tables built into the channels they ran through and a 150 sq. ft. patio along the silos towering overhead, patrons are going to get to experience the same feel and history of this building that we fell in love with. The vibe that pulls from the space draws visions of the hard working, blue collared past that this neighborhood was built on!”

“The thing we are looking forward to most is bringing back beer and brewing to this space. The Silos at Elk St. did such an amazing job of preserving and enriching the history of the Buffalo Malting Company, formally known as Kreiner Malting. Getting to bring people into this neighborhood and back into this building after so much time is something we are very proud to be a part of. Pulling the tap handle back and watching the first glass fill with our beer is something that we cannot begin to imagine how it will feel.” 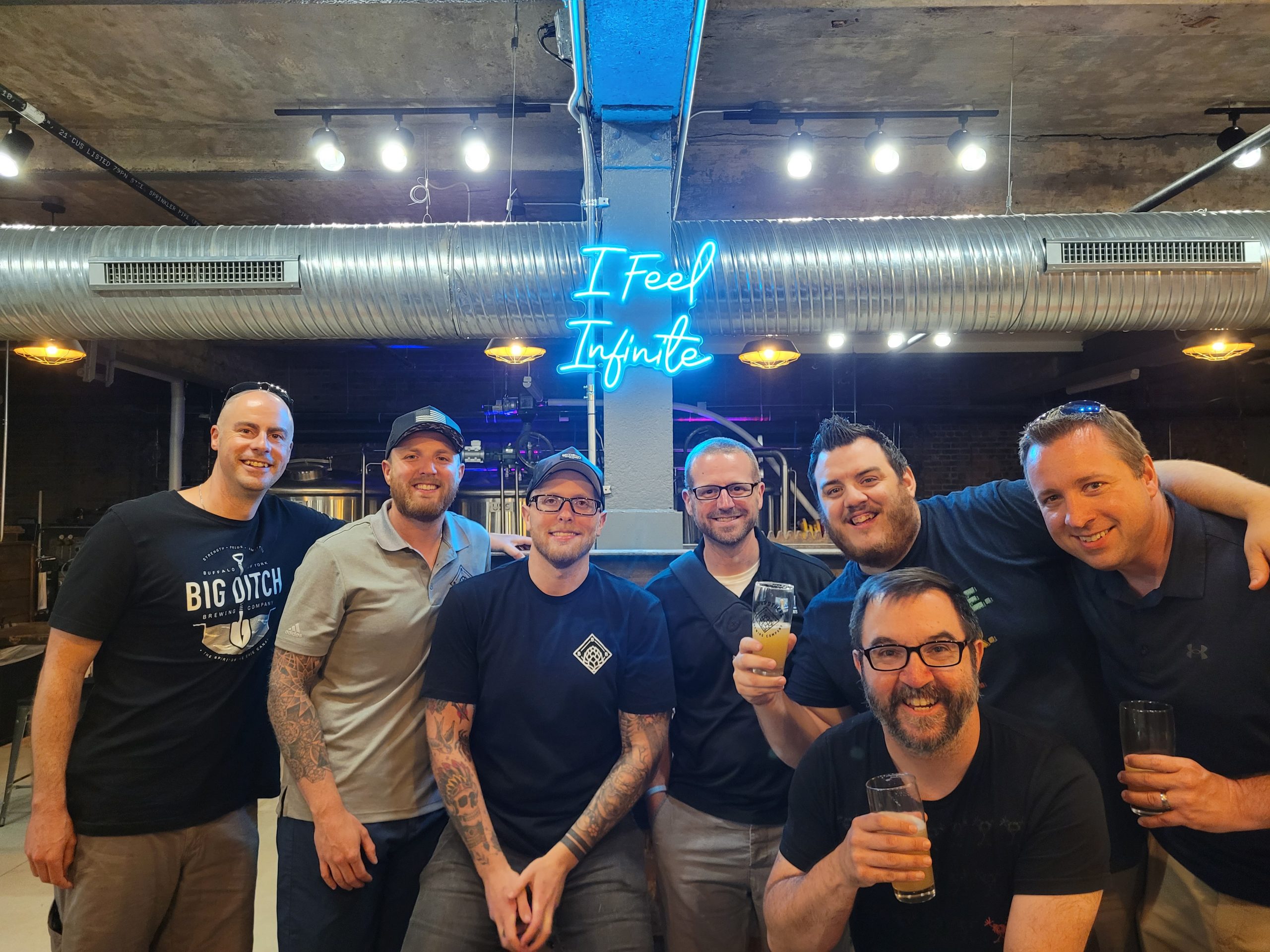 Starting with a Mr. Beer kit and a dream, as most homebrewers do, Joel and Dylan, a self-proclaimed perfectionist when it comes to his beer, set the wheels of BriarBrothers Brewing in motion years ago, a journey that include Dylan serving a sort of apprenticeship at Buffalo Brewing Company.

“I gave Dylan a Mr. Beer kit for Christmas one year,” Joel says. “Less than excited with the gift, the kit sat in the coat closet for months. Being snowed in one Saturday with nothing else to do, the kit made its debut. The first batch left a lot to be desired with the idea of drain pour looming overhead. Being as stubborn as he is, Dylan refused to accept what he was drinking. We became obsessed with learning the process and working on recipes. Finally, a tasteful beer was made! Dylan started working as an apprentice with John Domres at Buffalo Brewing and refined some of the skills. Loving both the process and the taste of making craft beer bred the dream to start BriarBrothers Brewing Company!” 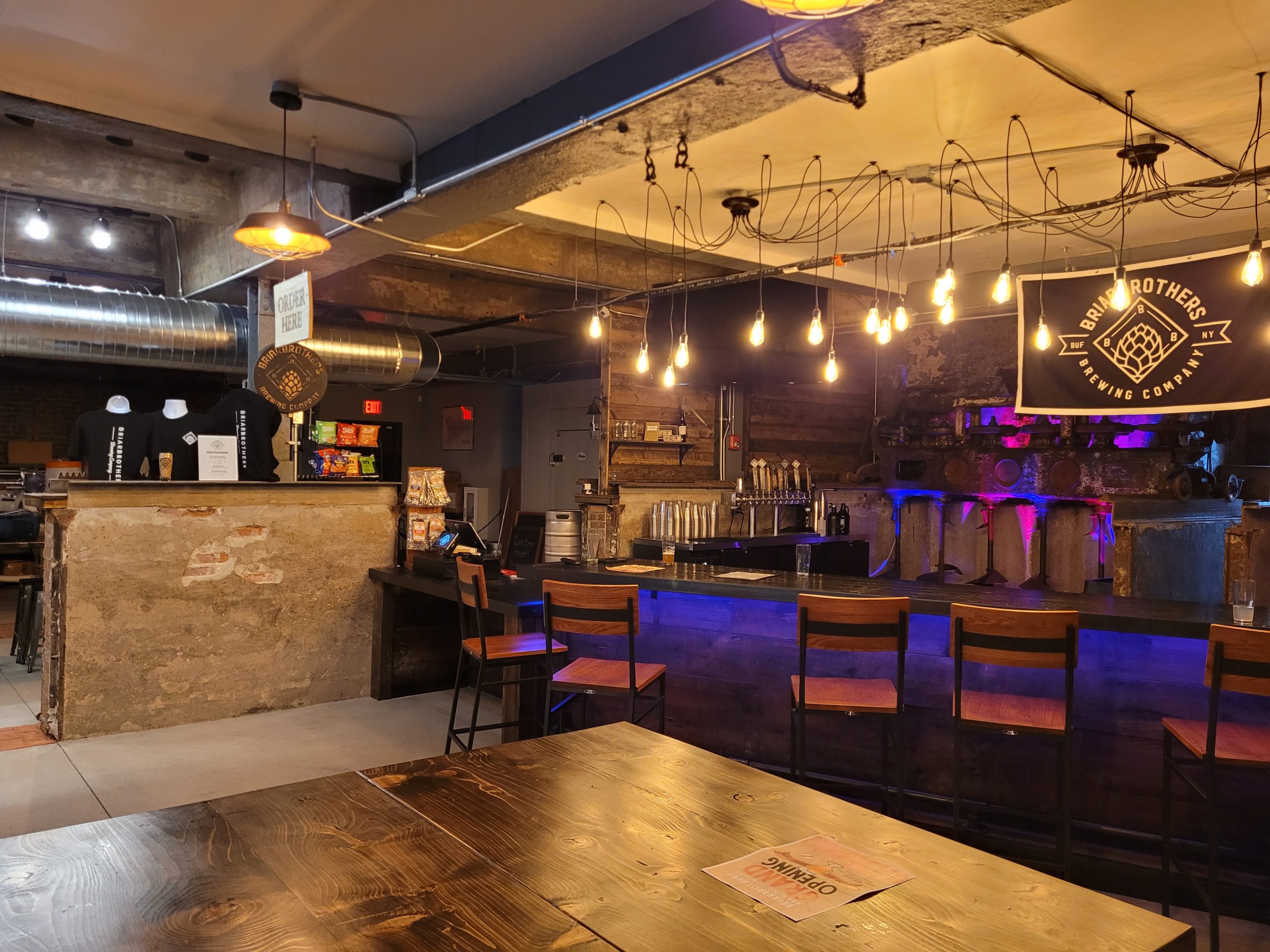 Now, onto the beer. We, naturally, tried all seven of the launch beers and were a bit surprised with how good the beer already is. And the variety if spot on, from brown and blonde ales, to IPAs and fruited sours to hard seltzers and stouts, there is something for everything initially.

For now, BriarBrothers won’t offer much in the way of food, though you are free to have food delivered to the taproom or bring your own. The brewery will also host live music and food trucks in the future. 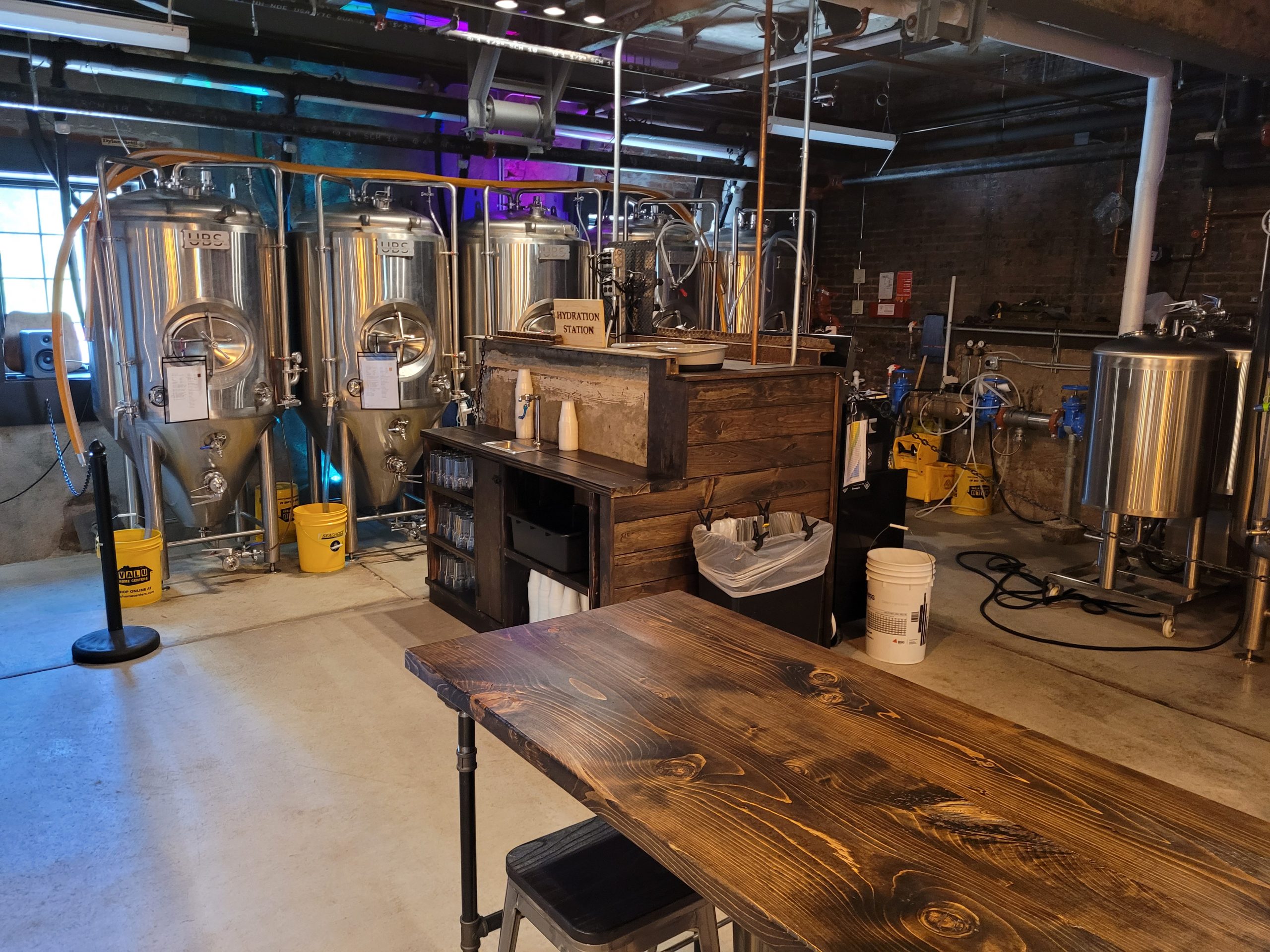 “What does it mean to open?” Joel asks. “Being able to have an idea, conjure it into a dream and then bust your ass to make it come true is a feeling like no other. Getting to do that with your brother makes it all the sweeter. We have been extremely lucky to have the relationship with each other that we do. If there were anyone we’d want to take this crazy leap with, it’d be one another.” 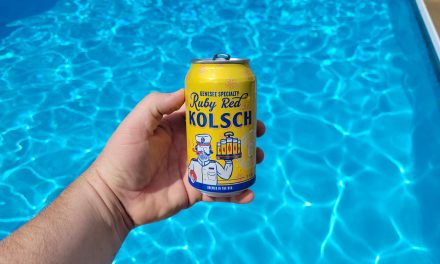 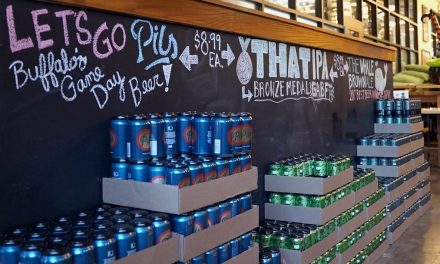 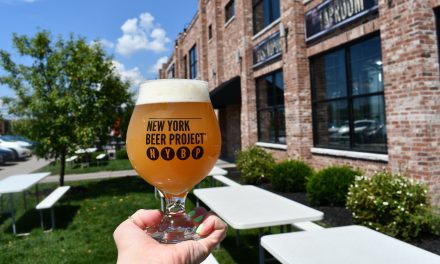