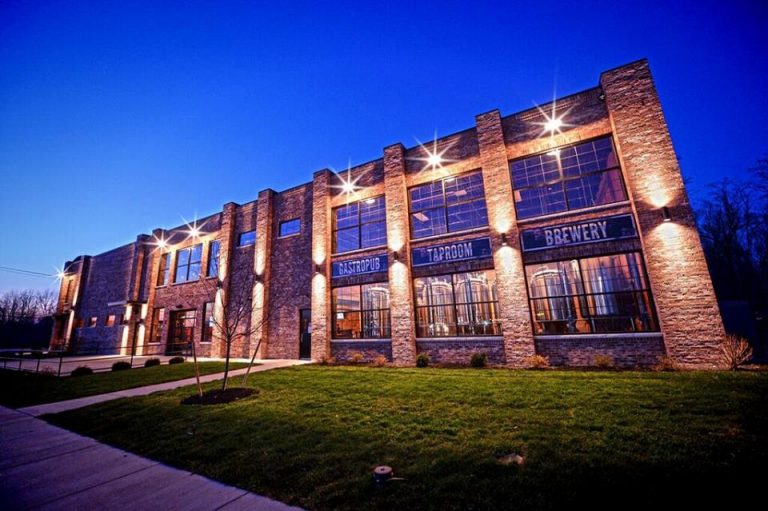 It has been two years since New York Beer Project, Lockport’s first post-Prohibition brewery, started producing fresh craft beer for all of us to enjoy.

From their well-received HyperJuice Belgian Tripel and Supernatural Passionfruit Sour to dabbling in barrel aging with their Tequila Gose (and forthcoming THEE Barleywine, but more on that later), NYBP have brewed over 120 different beers, of all shapes and sizes, colors, strengths and styles, after starting with a trio of flagships, Lockport Lager, Buckleberry Wheat and Destination IPA.

But for NYBP, it’s not just about the beer, though that certainly is a large part of it as you’d expect, it’s more than that; it’s about people and creating a sense of community. Their partnership with Perry’s Ice Cream, which has allowed NYBP to donate thousands of dollars to Buffalo Women and Children’s Hospital, has allowed them to become a true pillar of their community.

“Last year, it was a sense of relief – like ‘wow, we actually survived year one!’ NYBP Owner Kelly Krupski said. “This year, it’s a feeling of accomplishment, anticipation and pride, and total freakin’ excitement! Wait, let me add one more exclamation point…! I think what we’re most proud of is that we are a participating member of #vibrantwesternnewyork, New York Beer Project’s new hashtag campaign, employing over 120 amazing local individuals. In addition, in two short years, we have raised over $6,000 (goal of $10,000 by May 2018) for Buffalo Women and Children’s Hospital with the great folks at Perry’s Ice Cream with our collaboration beer series. We’ve led a community drive that restocked the Niagara Pet Food Pantry, and raised money for The Music is Art Foundation, Roswell Cancer Institute, The WNY Diabetes Foundation, Kevin Guest House, and The Dale Association, among others.” One person that the magnitude of New York Beer Project’s second anniversary certainly is not lost on is Head Brewer Jason Crossett, who is proud of the progress that he and his brewing team have made over the past few years. He also adds that some of his favorite beers from the past year have come out of his very own brewhouse.

“I can’t believe it’s been two years since we’ve opened the doors at the New York Beer Project,” he says. “If I was told five years ago (while living in Texas) that in 2017 I would be celebrating my second year as the brewer for a new startup craft brewery in Buffalo I would have laughed. Yeah, right! It was always a dream of mine, and I knew it would happen, but to happen as fast as it did is crazy! Every day I feel blessed that I get to do the thing I love the most for a living.”

“This past year has been incredible for us. We have seen tremendous growth and have gone through another expansion. We’ve put out some remarkable beers and we’ve started to ramp up our barrel program. A few of my favorite beers this year have come from our barrels: Bourbon Barrel Aged THEE Barleywine, Tequila Barrel Aged Salted Lime Gose, and Zombie Farmhouse Ale, which is a blend of 13 month old sour aged in Cabernet Sauvignon barrels with a fresh Saison aged on apricots. The flavor complexity we achieved with these beers surpassed my expectations. I’m truly proud of my brew staff and the work we’ve done with these beers!”

Krupski shared in Crossett’s excitement of the beer that they have been cranking out, but adds that NYBP’s kitchen and staff are to be commended for their accomplishments too. “We are really proud and excited for the creative and delicious beer being brewed here at NYBP,” she adds. “We are doing some pretty distinguished and complex wild fermented farmhouse ales, Belgian blondes blended with sours, Barrel aged Barleywines, as well as our rotational Destination IPA series that transports you to exotic locations through beer and your taste buds. Let it be known, we are first and foremost a production brewing facility, but it’s also pretty hard to miss the ginormous gastropub attached to the brewery. We’re pretty stoked with what’s coming out of our NYBP ‘Hell’s Kitchen.’ It’s pretty sweet when a brewing facility wins a Taste of Buffalo Food Award.”

“For our upcoming anniversary party, we’ll be releasing another blend of our THEE Barleywine which is a blend of barrels 1, 2, 3, 4, and 6 and were aged for 18 months,” Crossett says. “I’m excited to see how it tastes side by side with our 9 month blend that we released back in February. The 18 month blend has a smoother, rounder finish and exhibits more dark fruit, rich toffee character. Everyone we’ll get the chance to taste these beers at our anniversary party. We only have two sixtels left of the original blend, so make sure you’re there!”

“A few days later on November, 22, we’ll be releasing a beer we collaborated on with Larry Manning at Freedom Run Winery. It’s a rustic Saison brewed with nearly 1,000 # of Riesling must. I had a blast working on this project. It gave me the opportunity to learn more about the wine process as I got to pick and crush the grapes. It’s always fun to collaborate with others in the industry – it’s what makes brewing the best job on earth!” In looking forward to what the future holds for the Lockport brewery, Krupski could barely contain herself. “The feeling of anticipation comes from knowing what is in store for us in Year Three! Doubling beer production in under one year, and being maxed out on space at the Lockport facility, we are currently exploring many options for expansion, but we do know that the upcoming year at New York Beer Project will continue to be an exciting and creative ride!”

“Looking forward to next year I’m excited about adding to our portfolio of sour/mix fermentation beers as well as adding to our barrel program,” Crossett adds. “We’re continuing to barrel age sours for future blending projects and planning to age some ‘clean’ beers like a bourbon barrel aged Imperial Stout. We’re also going to be introducing a rotational double IPA which is exciting as we’ll get to play around with different hop varieties/blends. I’m also really looking forward to the inaugural Can-Am beer festival in April and collaborating with guys at Royal City Brewing and Cowbell Brewing in Canada. This will be one of the premier beer events in Buffalo next year!

“I want to thank everyone who as supported us over the past two years, including our die hard mug club members who are always there for new releases and our beer dinners. The support and feedback they provide have proven to be truly invaluable to our success! I want to thank the entire staff at the brewery, management, and especially my brew staff for making this past year the success it has been! Hope to see you all on the 18th!” 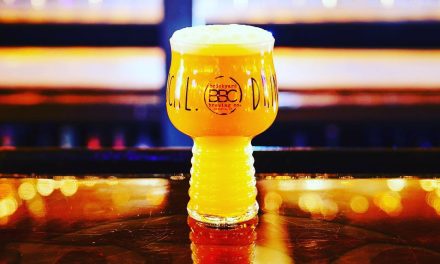 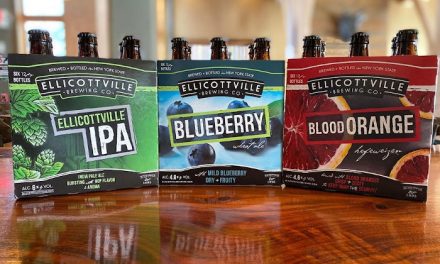