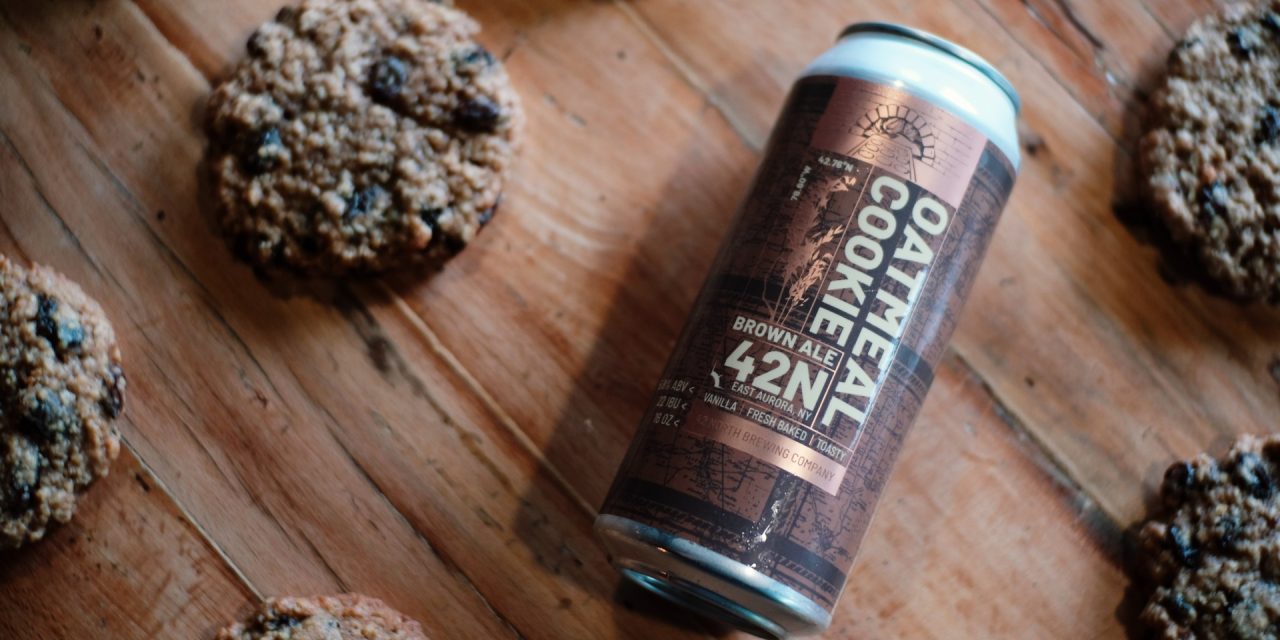 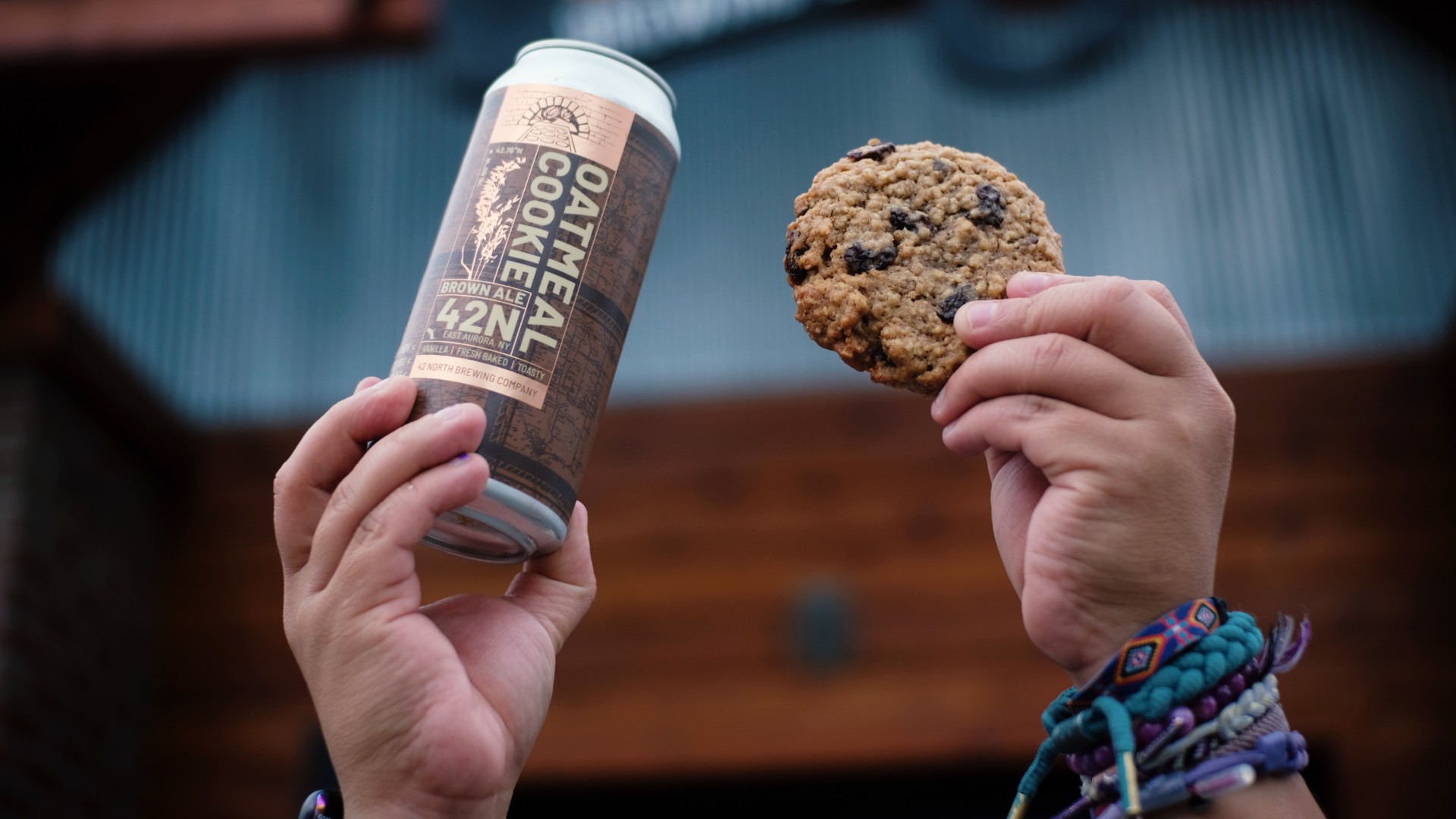 Fall beer fanatics rejoice! 42 North brings back the legend of the Oatmeal Cookie Brown Ale for another season. The fan-favorite is a staple of 42 North’s lineup with the signature toasted oats, vanilla and raisin flavors while being backed by a crisp and balanced brown ale.

Oatmeal Cookie Brown Ale is now available on draft and in a 16oz. 4-pack at your nearest Consumers Beverages, Wegmans, local bottle shop and, of course, at the brewery’s taproom in East Aurora, NY.

The Fall seasonal transcends seasons and is perfect for late-summer and mid-winter pints with friends. It is a traditional English Brown Ale inspired by Grandma’s legendary oatmeal cookies we all loved as kids. Brewed with molasses, cinnamon, vanilla and raisins, you’ll find flavors of baked bread, toffee and lightly toasted oats for that great brown ale with a hint of fresh-baked cookie.

In addition to the beer release, the brewery has gathered some of the best Oatmeal Cookies in Western New York for a taste test by 42 North taproom manager Fred Marshall. 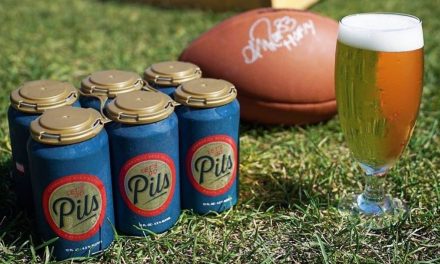