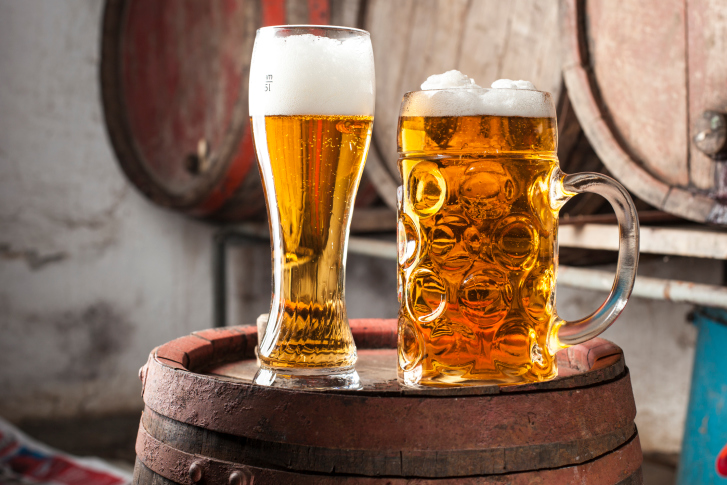 Whether you like your saisons spicy and peppery, clean and fruity or tart and crisp, this is one beer perfect tailored perfectly for pulling back the shades, drawing the blinds and opening your doors and windows as you try to imagine the putting the doldrums of another never-ending Buffalo winter behind you.

Saison, French for ‘season’ and its alternative title, Farmhouse Ale, refers to the tiny farmhouses that dotted the landscape of southern Belgium, where the style originated (the beer was also served to those who worked at said farms). This beer style is typically crisp, complex, fruity, spicy, sometimes tart and/or sour and light-bodied, clocking in around 4.5% – 8.5% ABV normally. Suffice to say, this is a beer to toast the warmer weather that will hopefully be flooding our region sooner rather than later. We said hopefully.

When it comes to food, rustic beers call for rustic foods, and French cuisine is a great choice for the style. Think roasted chicken, bouillabaisse and fish, or pair with lighter salads and a variety of cheeses, including fresh Asiago, Colby, Fontina, Gorgonzola and Parmesan. You also can’t go wrong pairing a saison with Asian or Middle-Eastern dishes.

Here are ten examples of Saison/Farmhouse Ales that you can get your hands locally, either from the brewery itself or one of our area’s many bottle shops. Hamburg Brewing Small Town (5.2% ABV): Banana, Belgian yeast, clove and bubblegum all play a role in Hamburg Brewing’s Small Town Belgian-Style Saison Ale, one of the cleaner and crisper saisons you’ll find here locally. And at 5.2%, it perfect for your next session.

Resurgence Brewing Blood Orange Saison (6.3%): As you would expect, Resurgence’s Blood Orange Saison is dominated by juicy oranges, though the beer also features lemon and tropical notes. It’s subtly tart and quite easy drinking. Hit your local beer vendor and bring home a six-pack as Resurgence recently launched the popular style in cans.

Ommegang Hennepin Farmhouse Saison (7.7%): As one of the foremost respected representations of the style in the world, Ommegang’s Hennepin is a full bodied beer, chock-full of coriander, orange peel, clove and banana. While you shouldn’t let its ABV scare you off, Ommegang also brews Glimmerglass Spring Saison, which clocks in at a more approachable 5.40%.

42 North Brewing Treaty Saison (5.9%): Named in honor of the signing of the Treaty of Ghent, which brought about the end of the War of 1812 and opened up the Great Lakes region to American expansion, Treaty Saison is an authentic Belgian-style dry and tart saison featuring a simple grain bill and limited spice additions, with notes of light fruit and lemongrass. Allagash Saison (6.1%): A recommended beer for novices of the style, Allagash’s Saison Ale is nothing if not pleasant. Black pepper, lemon zest, lemongrass and tangerines all find room on the tongue. Not overpowering in anyway but not lacking in anyway either. Enjoy this while spring cleaning.

Brasserie Dupont Saison Dupont (Vieille Provision) (6.5%): The classic flagbearer of all saison/farmhouse ales, Brasserie Dupont’s Saison Dupont was named “the Best Beer in the World” by Men’s Journal in 2005. It is a fan-favorite and must-drink for those who have not partaken. This classic example offers dry white grapes, hay, subtle funk and light pepper. If you haven’t yet, try this one immediately.

Dogfish Head/Stone Brewing/Victory Brewing – Saison Du Buff (6.8%): This collaboration from Stone, Dogfish Head and Victory (the 2016 version was brewed at Stone for the first time since 2012 after being brewing in Dogfish Head in 2014 and Victory in 2015) features locally harvested sage, lemon thyme, rosemary, parsley, leading to a pleasant dry and bitter herbal taste.

Niagara Oast House Saison Farmhouse Ale (6.5%): One of the more underrated saisons that is readily available in the Buffalo-Niagara region (right up the road in Niagara-on-the-lake). Overtones of citrus, green apple and herbal spice. Biscuit malts, lemon and grass with some noticeable barnyard qualities. This saison is yeasty, though surprisingly light on the palette. 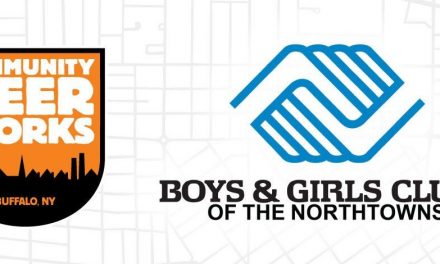 A Community of Good Neighbors: CBW to Donate a Portion of Beer Sales to Boys & Girls Clubs 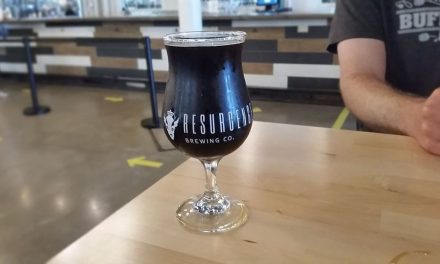