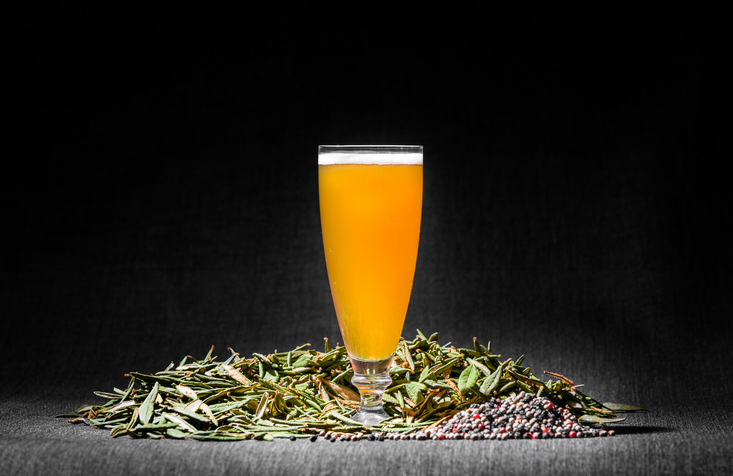 As Buffalo beer continues to grow and make its mark in the craft brewing industry, local brewers are hard at work expanding their creative portfolios. Whether they are trying their hand at sour beers, experimental hops, or innovative additives, the ever-churning minds behind Buffalo’s beers are regularly cranking out new and interesting brews. Several local brewers have begun to barrel-age some of their finest standard beers, and the results are fantastic.

Using barrels as a container to store and transport beer is a method as old as time. While most brewers would seal the barrels they used, coating the inside of the barrel with ‘brewer’s pitch,’ Belgians have been using barrels to enhance the characteristics of their brews, relying on an additional yeast that resided in the wood to impart a specialized flavor profile. Brettanomyces, or Brett, to use the parlance of our times, ferments in a similar fashion as other yeasts more commonly used in brewing, but is less limited in its ability to consume sugar—even those sugars that live on the inside of a barrel. Brett has made quite an impact in the American craft brew market in recent years, but the use of Brett in European sours is an age-old tradition.

Brewers like Russian River and Captain Lawrence have been using Brett to help ferment their beers for over a decade. The Russian River website explains brewer and owner, Vinnie Cilurzo’s love of Brett. According to the site, he was most interested in garnering the souring yeast from local wine barrels, and the reason was simple. “If used properly with care, it can add rich aromas and flavors of earthiness, leather, smoke, barnyard, and our favorite descriptor —wet dog in a phone booth.” Likewise, Scott Vaccaro, founder of Captain Lawrence, states that when he looks for a barrel, he’s looking for, “Something clean, but something funky—a fresh barrel with all of the little critters that make a beer great.”

The mastermind behind Community Beer Works’ concoctions, Rudy Watkins, is on a similar journey when he barrel-ages a beer. “For funky beers I’m looking for the wood to impart some delicate tannin and wood character, but again, stay in the background rather than be the star of the show. We’ve had a Flemish Red aging in a red wine barrel for about a year. It’s nearly ready, with a solid tartness coming from Pediococcus and Lactobacillus and really nice funk from a blend of Brettanomyces. The tannins really compliment the tart funkiness of this beer and cut through a bit of the malt character.

Dave Collins of Resurgence Brewing also has a Flemish Red aging in red wine barrels—one each of Pinot Noir and Merlot. Resurgence had a cask of something similar, but much younger at Ballpark Brewbash, but Dave says, “It wasn’t ready. It had aged three, maybe four months. It’s super weird now…which is good.

Nestled deep in the southtowns, Five and 20 Spirits and Brewing is the complete package, which puts them at an advantage in the barrel aging game. While Dave Collins admitted last week that they had just received a shipment of barrels, Jimmy Walsh of Five and 20 just heads out to the storehouse to grab one. A division of Mazza Wineries, Walsh has access to some of the Mazza family’s finest barrels, and he’s putting them to good use. “We are aging our Wheat Ale in brettanomyces inoculated red wine barrels which we hope to tart sour fruit flavors from the “Brett” and light wood flavors from the barrel,” Jimmy says. On a recent visit to the barrelhouse at Five and 20, we all gazed in wonder at the dozens of barrels stacked floor to ceiling. “The building is temperature controlled, but we also allow for some fluctuation,” Walsh told us, “When the air heats, the wood in the barrel expands, opening more pores and allowing for more contact. When it cools again, the pores close up, pushing the exposed liquid back into the barrel, and exposing the rest of the beer to everything it had collected.”

Sour beers are certainly gaining popularity locally, but they are notably less pervasive than their counterparts, which are aged in barrels that had previously contained spirits. Most common, of course, is the bourbon barrel aged beer. Just weeks ago, Buffalo experienced a different sort of Black Friday, when Goose Island released their Bourbon County Stout, which is an imperial stout aged in bourbon barrels. Lines wrapped around buildings as Buffalo consumers excitedly anticipated the release, and most shops even limited the number of bottles purchased per person! Buffalo loves a good bourbon barrel aged beer, and so local brewers are well prepared to meet the demand.

Last week saw the release of Resurgence’s Bourbon Barrel Aged Imperial Sponge Candy Stout. Not only is it the longest name in Buffalo brewing, but it is a great marriage of the subtle flavors that make a great bourbon with the sweet, malty characteristics of the Sponge Candy Stout. Often, a bourbon barrel aged beer can taste like a shot dropped into a beer, but this version was smooth, with some oak, caramel, and light whiskey, but lacked the burn that similar beers have. This release is their second barrel aged beer, their first was a Belgian aged in gin barrels. “There were so many aromatics. Very botanical, and then the wood, and a little vanilla. It was very cool,” Collins said.

Sometimes, barrel aging can be used to enhance certain flavors that already exist in a beer. Such is the case with another beer that Five and 20 is aging, as Walsh tells Artvoice, “We also have our Rye Pale Ale aging in our Rye Whiskey barrels, we hope to get deep wood flavor and the flavor of the Whiskey from aging.” Enhancing the existing rye flavor in the pale ale could produce a spicy, smooth beer. It will be interesting to see how this turns out.

Watkins is always working on something amazing, and his barrel aged dark beers are no different. “I’m always hoping to coax a new, third character out of two (or more) separate inputs. For non-wild beers, my tastes lean towards those where the vanillin and tannins from the wood are at the forefront rather than an overwhelming spirit character,” he says. “I think Firestone Walker typically does an amazing job with their barrel aged beers. They’re sometimes heavy in alcohol, but always well rounded with vanilla, caramel and honey notes. We currently have a bourbon barrel filled with our Adambier. I’m hoping to get some caramel, vanilla and marshmallow/toffee character out of that. Time will tell.”

The best part about barrel aging, though, is that it is easily done by even a novice homebrewer, after a little research. Scott Vaccaro had one piece of parting advice for selecting a barrel. “If it smells right, do it. A brewer’s nose is his best tool. You’ll definitely know if there is something wrong with the barrel.”

Beyond mad rushes at bottle shops and rare Brett bottles available only in small shacks in Michigan via generous Dutch uncles, Buffalo brewers are hard at work making their indelible mark on the industry. The city is already in love with the breweries’ standard offerings, so as the brewers evolve and create new versions of their standards, Buffalo learns a little more about beer. An educated consumer is a better consumer, indeed, and these variations are the best kind of lesson—draughted fresh from the barrel and shared with friends.

Farm Report – Going With the Grain 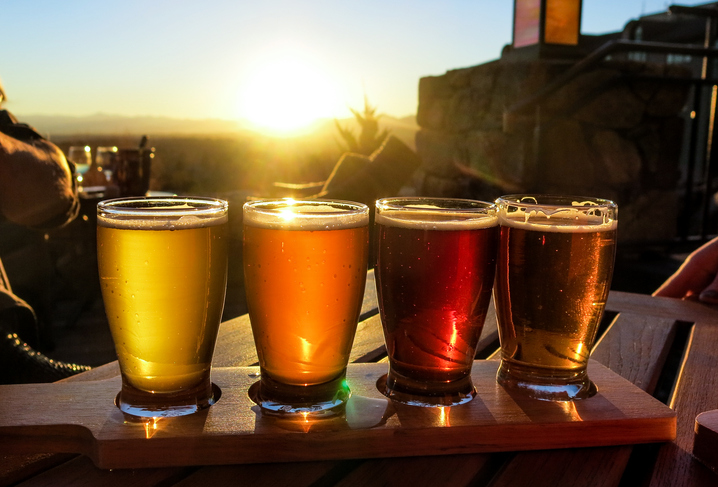