Its official – Community Beer Works has gone to the dogs. Well, their latest beer, Plush Destruction, has at least. The new brew, a 5.6% oatmeal stout, was crafted in honor of brewer Andrew Hardin’s loveable Mexican hairless Xoloitzcuintli dog Izel, who he proudly adopted through HEART Animal Rescue and Adoption, a non-profit, no-kill organization out to alleviate the suffering of neglected, injured, orphaned, sick or abused animals in Western New York.

Plush Destruction, described by CBW as a ‘velvety, luscious, oatmeal stout with a slight roast and a hint of chocolate,’ will be released on the final day of the brewery’s Christmas In January In July week-long event on January 29 (11am-5pm). Word is that Izel herself will be making an appearance at the brewery to cause, what else, some plush destruction, or destroying a number of plush doggie toys in other words. As a matter of fact, if you come out for the release and bring a plush toy for Izel to mangle, you’ll score a free 4oz. beer. “Plush Destruction is a 5.6% ABV oatmeal stout inspired by my poochacabra,” Hardin explains. “She has no fur but the beer should be fluffy and nice. It’s 20% oats with a medium hop presence and a devil may care attitude, just like my pooch.”

“I love my little girl,” he adds. “She’s both crate and house trained and also loving and energetic. I couldn’t be happier. Bear (Hardin’s previous dog who passed away) was irreplaceable, but I’m happy I have such a loving pooch after him. I think that she feels the same.” With the help of HEART, Hardin was able to give Izel her forever home just a few months ago. The primary mission of HEART’s Dog Division is to rescue healthy, treatable and adoptable dogs before their “time is up” at shelters and animal control.

“[HEART is full of] great pets and foster parents who have great animals looking for a forever home,” Hardin adds. “The adoption program is awesome and the fosters are amazing.”

For more information on HEART Animal Rescue and Adoption and all of the services they offer and to donate, volunteer or foster an animal, please visit www.heartforanimals.org.

After the release of GZA Pale Ale, Christmas In July In January continues with a cask of The Whale with Plume Coffee and vanilla on Jan. 26, while, from there, reserved kegs of 2016 Heatrays Barleywine, Oh Snap! Gingersnap Stout and Santa Conquers the Martians Kettle Sour with cranberries and orange zest get tapped on Jan. 27, CBW’s Beach Party Luau & Backyard BBQ goes down from 12-6pm (with GRAVY playing 5-7) on Jan. 28 and Plush Destruction is finally released on Jan. 29. 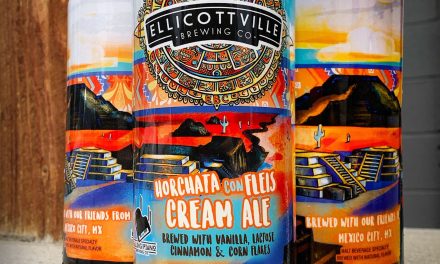 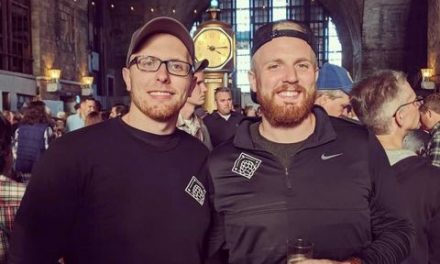