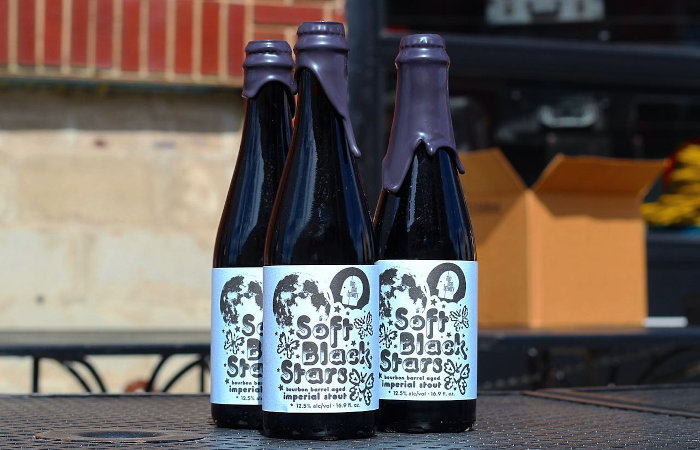 Thin Man is rolling out the barrels this week, quite literally, with the release of Apple Brandy Barrel Aged Awesome Jenkins (14.2%) and Soft Black Stars (12.5%) on October 1. The former was aged in apple brandy barrels for 18 months to impart notes of caramel covered apples, honey, milk chocolate and roast, while the latter spent 22 months in Basil Hayden bourbon barrels for notes of cocoa, oak and rich, almost fruity dark malt character, along with flavors of sweet caramel, toasted nuts, vanilla and dark chocolate. Preorder now through Oznr. 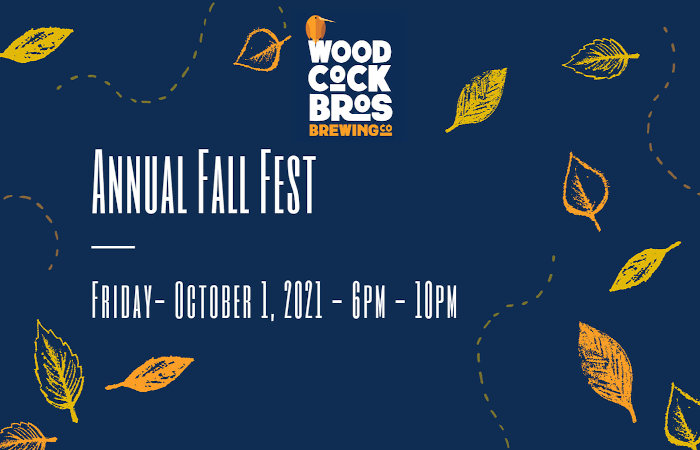 If you’re looking to try a lot of different fall seasonal brews, look no further than Woodcock’s Fall Beer Fest on October 1 at their Wilson location. Beer will be available from more than 20 New York state breweries, including Flying Bison, Big Ditch, CBW, 42 North, Belt Line, Pressure Drop, K2, Three Heads, Faith American, Young Lion and more, along with live music from Experimental Sandwich (7 – 10pm). Shuttles will be provided back and forth from The Wurlitzer Building in North Tonawanda and our Wilson location. The event is free and tickets can be purchased per tasting. 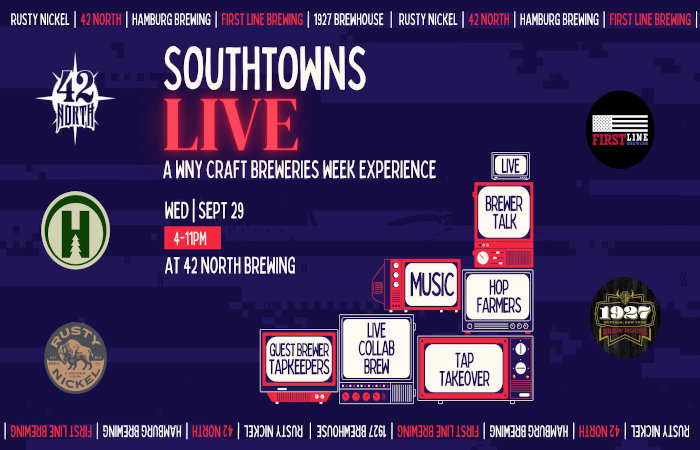 Witness a Live Collaboration Brew at Southtowns Live at 42 North

WNY Craft Brewery Week will wrap up with Southtowns Live on September 29 at 42 North (4pm). Guests are invited to join brewers from Hamburg Brewing, First Line Brewing, 1927 Brew House, Rusty Nickel Brewing and 42 North, while they produce a new collaboration American Stout. Local maltsters and hop producers will be featured, along with live music and a live brew talk. Attendees can help name the beer, beer from each brewery will be on tap and there will also be live music. The event is free to attend. 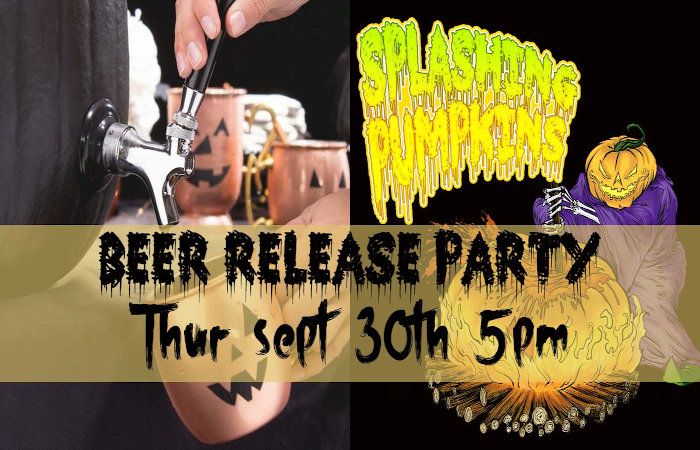 Pearl Street Brewery’s annual tapping of the pumpkin is back this year on September 30 (5pm). This event is exactly what it sounds like – the brewery fills a pumpkin full of their Splashing Pumpkins Pumpkin Ale and pours pints out of it. The event, which will take place downstairs in Brawler’s Deli, will also feature finger foods, drink specials, and 4-pack cans specials of Splashing Pumpkins to go. 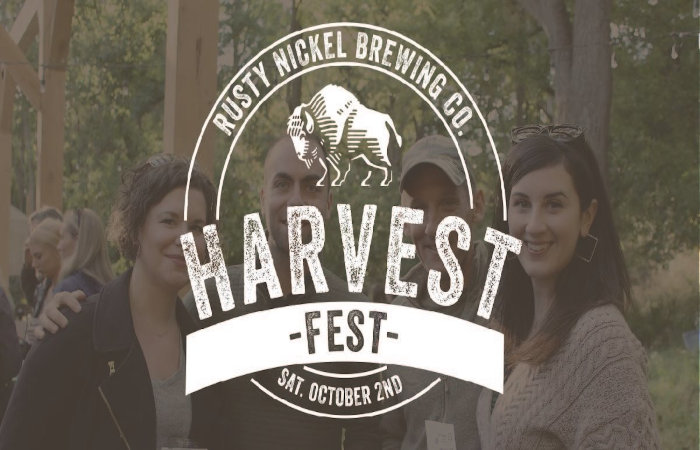