Stock up for your holiday party at Big Ditch Brewing on July 3 (11am) with the release of Passionfruit Hayburner (first time ever in cans), as well as fresh cans of Lock IPA #5: Canvass and Deep Cut DIPA, as well as Gateway IPA on draft. Passionfruit Hayburner features hundreds of pounds of passionfruit infused into the beer after fermentation to add an even more intense tropical kick to normal Hayburner. The beer was initially released for the brewery’s third anniversary party. All beer sold in 16 oz. cans in 4-packs for $14.99 (no limits). Gateway IPA is draft only. Woodcock Brothers Brewing are using the 4th of July holiday to release a triumvirate of patriotic red, white and blue themed beers at their Wurlitzer location in North Tonawanda (11:30am). For the occasion they will be tapping Red Fireworks Strawberry/Raspberry Kolsch, which was brewed and conditioned on both strawberries and raspberries, Blue Fireworks Blueberry Kolsch, a beer brewed and conditioned on dozens of pounds of blueberries and Sparkling Sky Double IPA, brewed exclusively with Cascade and Denali hops for notes of tropical fruit and an intense dank. All three beers will be available for both pours and crowler fills to-go. Hamburg Brewing is bringing back their popular Juice Box Boy DDH IPA, and will release it in cans this time around, beginning on July 3 at the brewery ($12.99 per 4-pack 16oz. cans). This milkshake-style IPA features Palisade, Denali, Simcoe, Centennial & Strata hops as well as mango, tangerine and passionfruit purees, along with vanilla and lactose. For this batch, Hamburg tweaked the recipe with the addition of vanilla, more hops, and more fruit. “This beer will have you kicking & screaming for more,” Hamburg says. Cans of Juice Box Boy should be available at retail accounts the same day. If you’re looking for something to do come July 4th, take the opportunity to check out Resurgence’s new Chicago Street home at their first ever Backyard Brew-BBQ (12pm). There will be a cornhole tournament (winner gets $50 bar tab), DJ at 7pm and amazing views of the downtown fireworks, as well as plenty of food, including the “2-4-2” deal (2 All American hot dogs for $2), All American Burger ($5), Chicago Dog ($8), Cincinnati Dog ($8), Miami Dog ($8) and BBQ Pulled Pork ($8). Enjoy $4 Bridge Pilsner pints all day or try the brand new Pineapple-Grapefruit Pilsner (also $4). 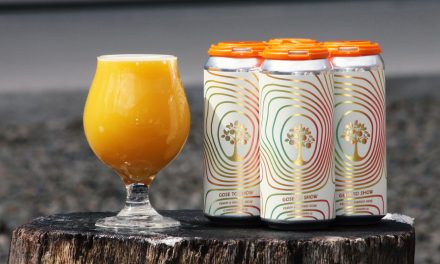