‘Braving’ the Weather in the Name of Hops: Our Favorite Beer from the 2nd Annual Winter Hop Fest You’ve heard it before – Buffalo is a drinking town, through and through. Hell, even Mother Nature must be fan of beer, especially after the unseasonable weather she bestowed upon us for the 2nd Annual Winter Hop Fest, held in the biergarten at Old First Ward Brewing and Gene McCarthy’s. We were floored by a number of beers at the event, but somehow managed to whittle our list down to five, with honorable mention to 42 North’s Mosaic Enforcer and Hamburg/Ellicottville Brewing’s Tart IPA, the latest in their 219 Series. So, without any further ado, these were our favorite beers from the 2nd Annual Winter Hop Fest (in no particular order): – Big Ditch Trois IPA – Huge juicy hits of tropical fruit and melon and reminiscent of a New England-style IPA. One of the day’s best. This is the latest in Big Ditch’s Innovation Series and uses Saccharomyces Trois, a “wild” strain of Saccharomyces yeast.

– Community Beer Works Hoppy Porter – A solid porter with soft hops and a good blend of roast and dark malt. It’s an approachable beer for the style without being too simplistic flavor-wise.

– Old First Ward #Mashtag IPA on cask – Another IPA in the New England style. A nice balance between grapefruit and pine, which was only enhanced by the cask.

– Rusty Nickel Melon Hop IPA – Loads of melon-forward citrus, as you’d expect given its name, with an unexpected yet pleasant tart bite. This was a fun beer.

– Thin Man Oat, No You Didn’t Double IPA – Drank up to every percent of its massive 9.5 ABV. It’s big with notes of sweet, flaky oats on the body. It’s just further proof that beer, especially the hoppy stuff, is truly a universal language, one that everyone speaks. It’s safe to say that we’re already looking forward to next year. 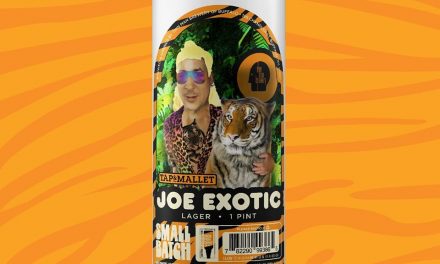 Go Back To School – Beer School – At Gene McCarthy’s