As you well know, beer consists of only a few core ingredients – hops, malt, yeast and water – all elements that are vital to producing that delicious liquid that fills your pint glass on a daily basis. Local farmers, all of whom will be spotlighted during Farm to Pint Week, which takes place May 11 – 19, produce those ingredients, so it’s time to put them all front and center and recognize them for their contributions to our beer scene.

Nearly two dozen local beers that were created with 100% locally sourced New York State ingredients will be available over the course of the next week, not only at your favorite taprooms, but also around town at your local watering holes, like Mr. Goodbar and both Pizza Plant locations. And while you should really go out of your way to try as many F2P beers as you possibly can, there are a few that are surely must-try in my opinion.

42 North Brewing – 42 North NYS Sour IPA: Two things 42 North brews very well are sours and hazy IPAs, so what would happen if you put both together in one beer? I’m not entirely sure, but I definitely want to find out. It’s described as having ‘pleasant hints of tropic melons and sweet cream.’ Sign me up.

Eli Fish Brewing – El Guapa Gose: If this margarita-style gose is anything like Lafayette Brewing’s Gose Cuervo, then I am on board. Plus, I haven’t had all that many Eli Fish beers, and I’m a fan of the gose style, so I’ll be looking for this one.

Flying Bison Brewing – Best Bitter: An old school style that not many breweries around these parts are partaking in brewing, a good bitter goes a long way in my book. And if Flying Bison does anything better than most, it’s brew old school beer styles to perfection. I’ll take a pint please. Resurgence Brewing – West Meets New England IPA: I’ve loved most of what Resurgence has produced under their R&D IPA Series, so I’m looking forward to the next installment here. Plus, with that beer name, I’m conjuring thoughts of a dank and hazy IPA full of overripe fruit and a nice hop bite.

West Shore Brewing – Green Flyer New England IPA: One of the best New England’s in our beer scene that no one is really talking about. I can’t wait to be able to order multiple pours of this beer as I do not often get the chance to get my hands on it. And it has only gotten better each time it’s been in my glass, so that’s something to definitely look forward to over this next week. 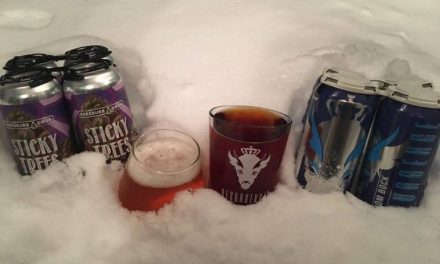 Another Great Year for Beer: Your Favorite Brewers’ Favorite Beers Of 2019