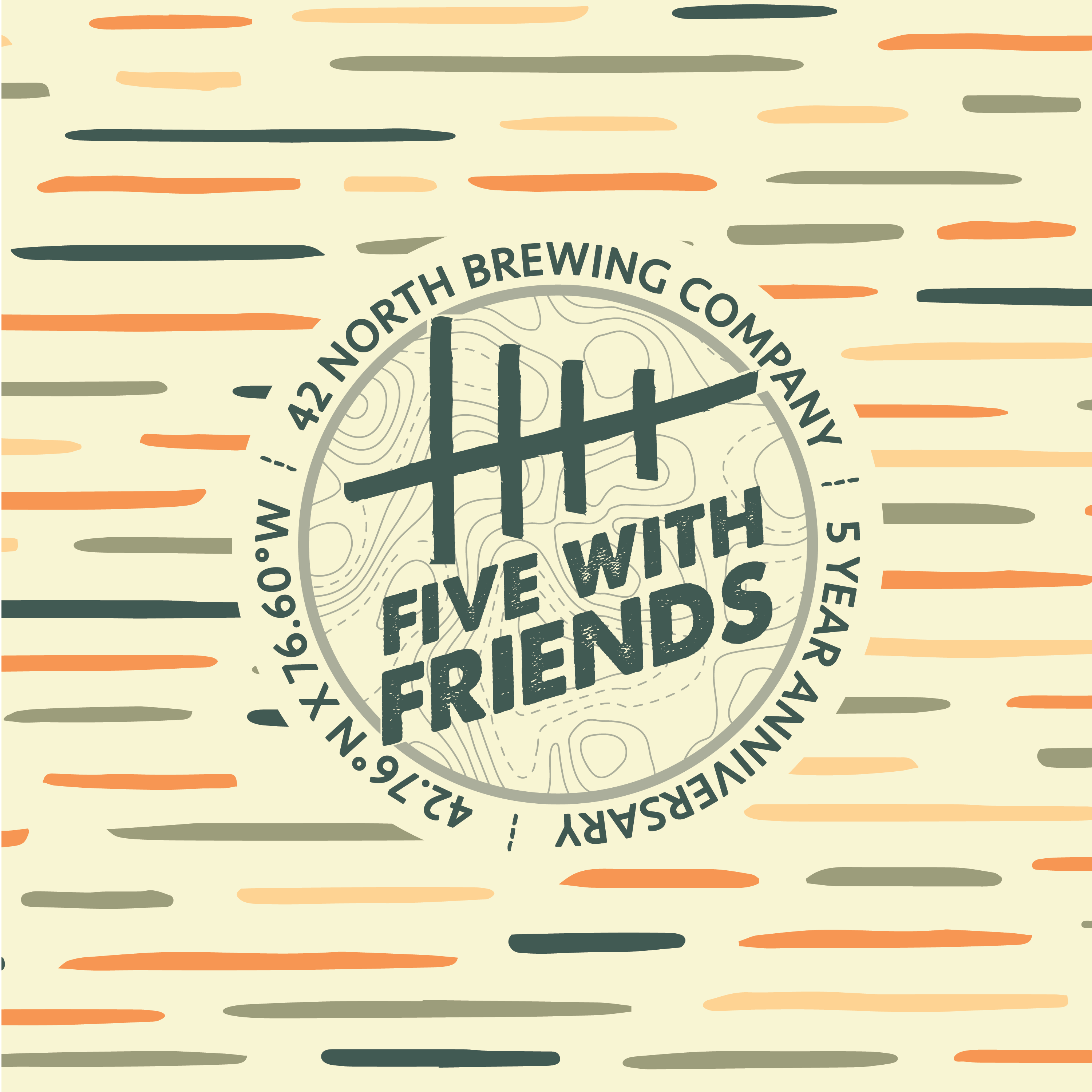 42 North Brewing Company is celebrating its fifth anniversary with a full-month of special beer releases and taproom events. Under the theme “Five With Friends,” 42 North has created a series of events that can be  experienced both in-person and virtually.

“It’s hard to believe it’s already been five years. We are grateful for the support of the Buffalo craft community, as well as the loyal support from our hometown of East Aurora. We could not have come this far without a little help from our  friends,” said 42 North Founder John Cimperman. 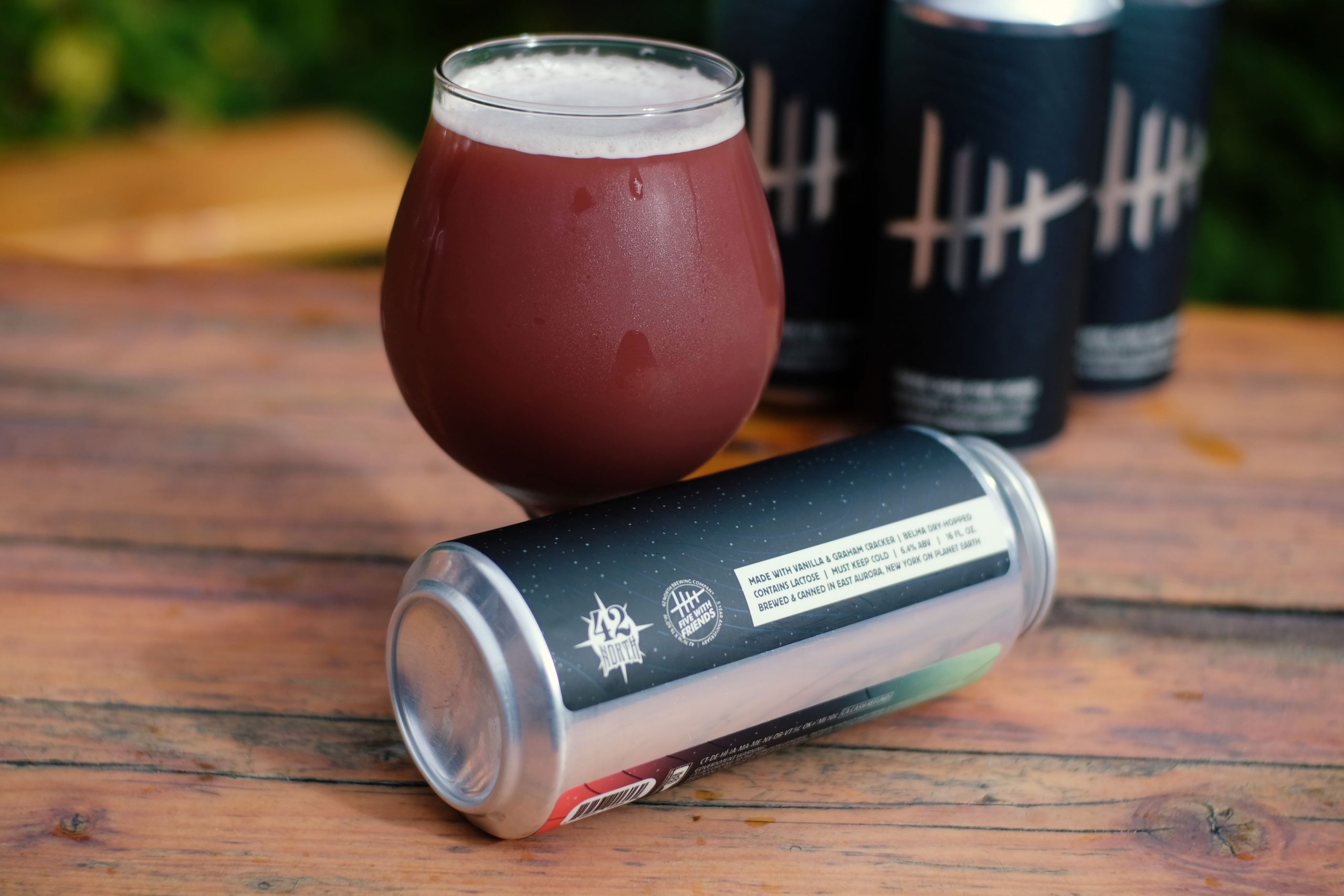 To commemorate this milestone anniversary, the brewery will be releasing a series of barrel aged and sour beers during the month. The first release was a bourbon barrel-aged ​Ben Nevis Scotch Ale ​ from 42 North’s Barrel House, 42 Below. On October 17, there will be two sour beers released: ​“There Goes Five  Years” is a blackberry and blueberry gose and ​“Fit the Fifth,” a peach and passionfruit sour IPA brewed with cashew milk from Elmhurst 1925, makers of plant-based milks. Finally, on October 24, 42 North will release a series of barrel-aged Baltic Porters that have been aged in rum and wine barrels.

Also on October 17, 42 North’s friends from the Leroy Townes Band will perform. Due to capacity limitations, this show will also be livestreamed on 42 North’s Facebook page for fans and customers that can not attend the event in  the taproom. 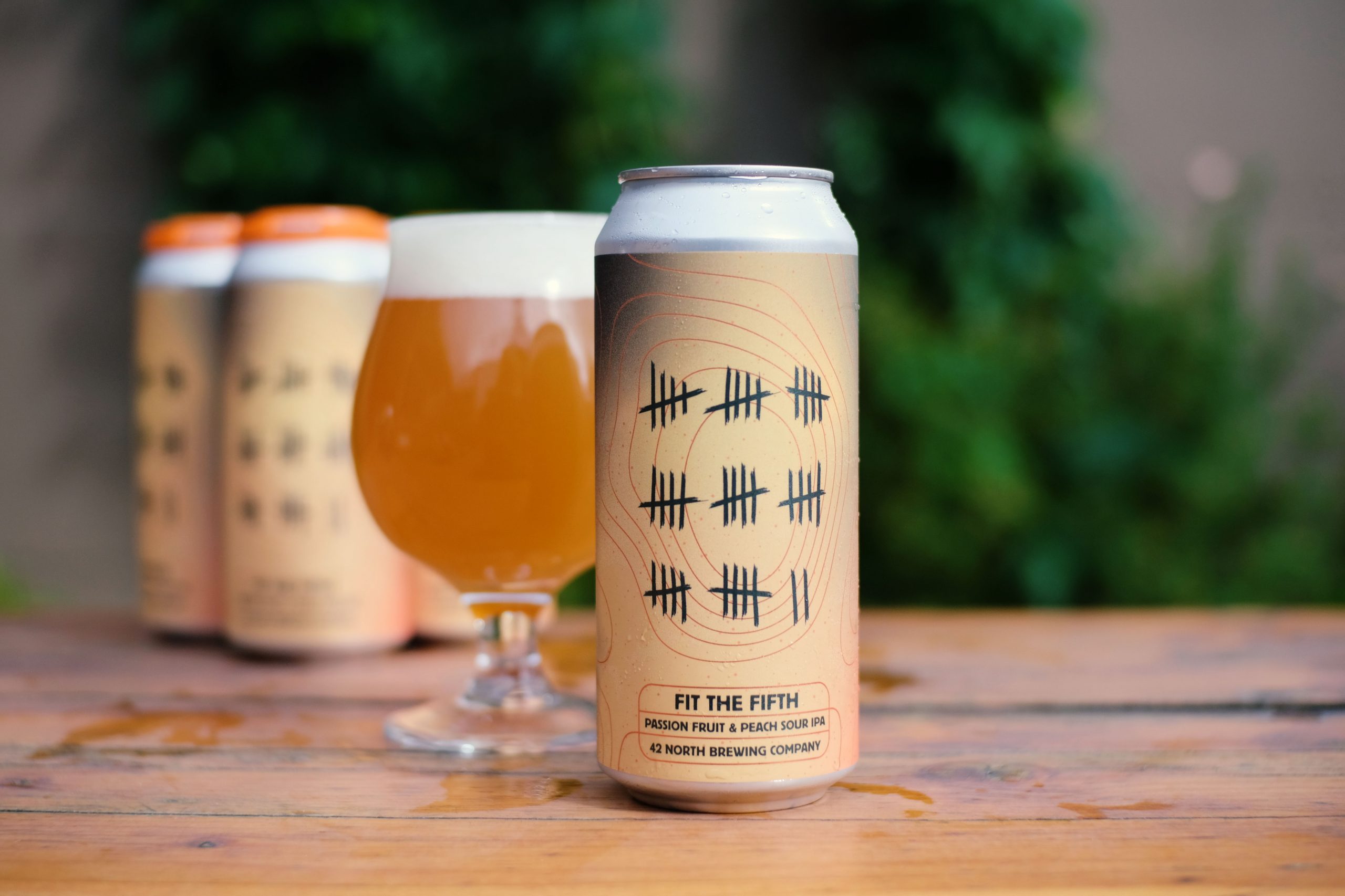 All special release beers are also available for sales in New York State residents at the brewery’s on-line store at ​https://theoutpost42n.com/​. 42 North encourages you to grab some beer and tune-in to the Leroy Townes show on  October 17. 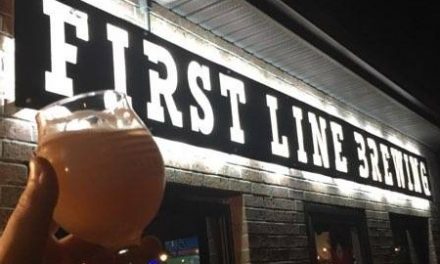