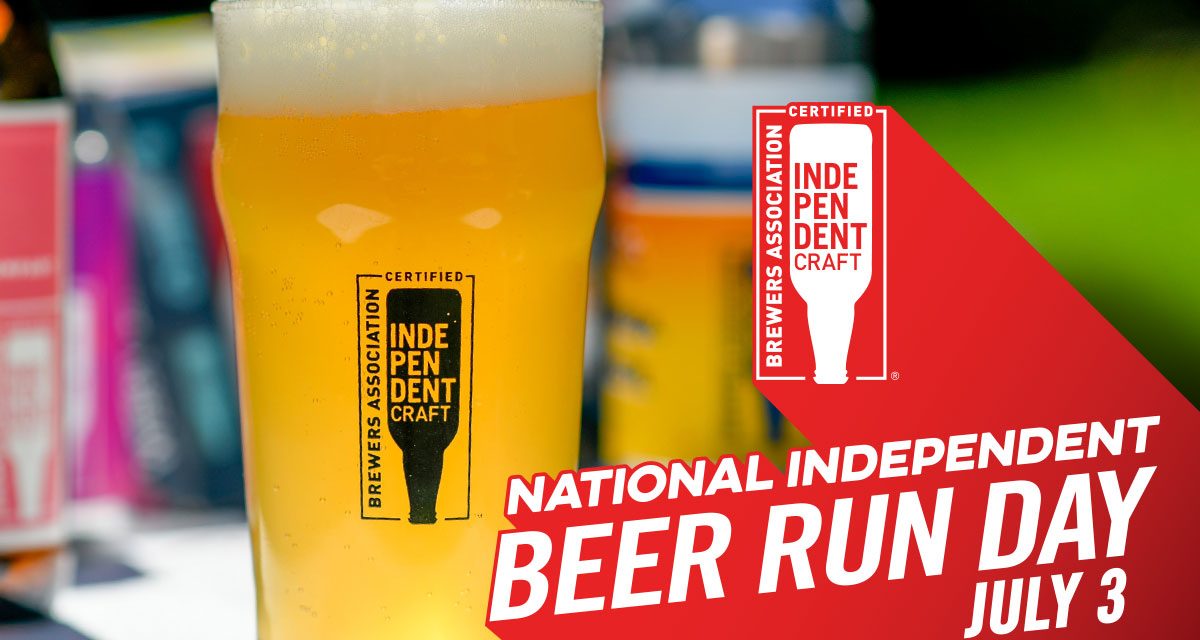 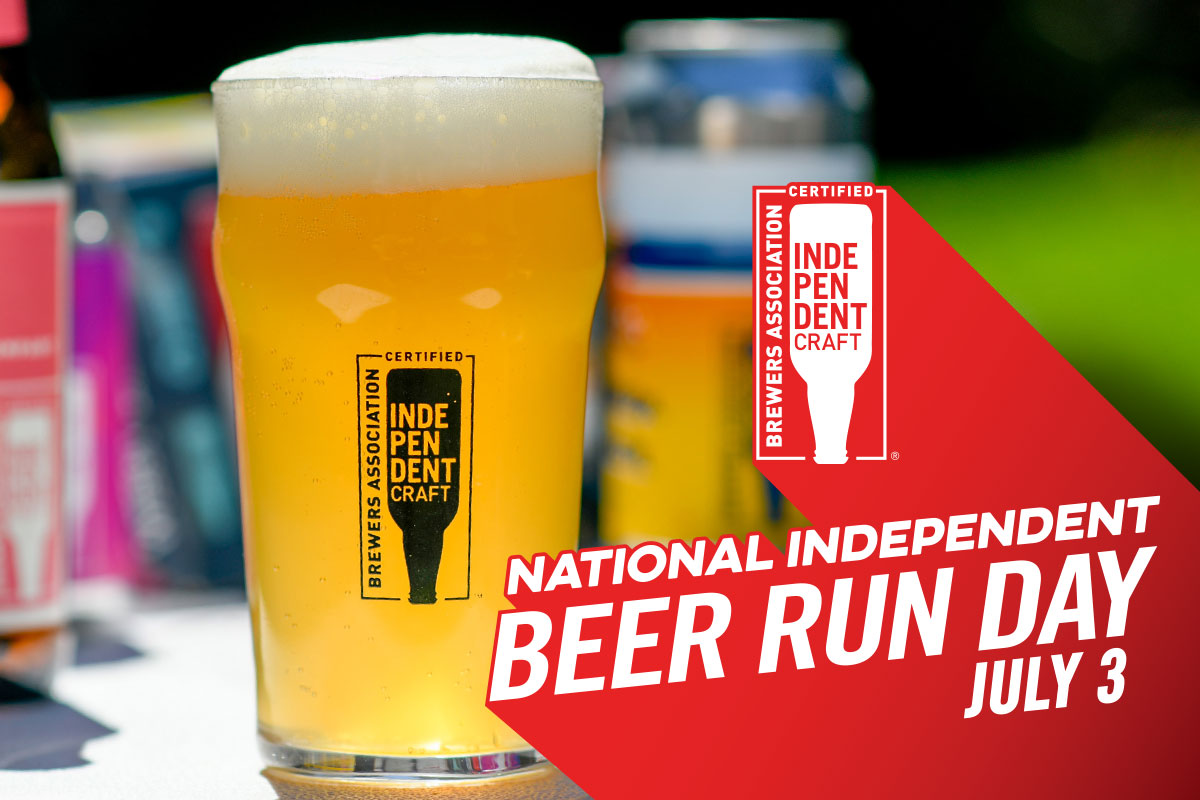 Welcome to National Independent Beer Run Day, aka July 3, an important day on the beer calendar that’s pretty much self-explanatory – a day to make one last beer run before the Independence Day Weekend. Or, in other words, the perfect day to hit your favorite brewery, bottle shop or beer store and stock up on all things craft to fill those iced down coolers with.

And this year there is no shortage of fresh drops and releases all across Western New York to choose from, or, if you’re like me, you need to have them all. And even with everything going on this year with the coronavirus pandemic, Buffalo breweries have not slowed the flow of delicious hopped up liquids, and this weekend is the perfect showcase for the true strength, perseverance and resilience of the Buffalo beer scene.

The list of this weekend’s beer releases is as robust as it has ever been so make sure you have enough coolers and enough ice. Here is a list of what you should be buying and subsequently drinking this holiday weekend. 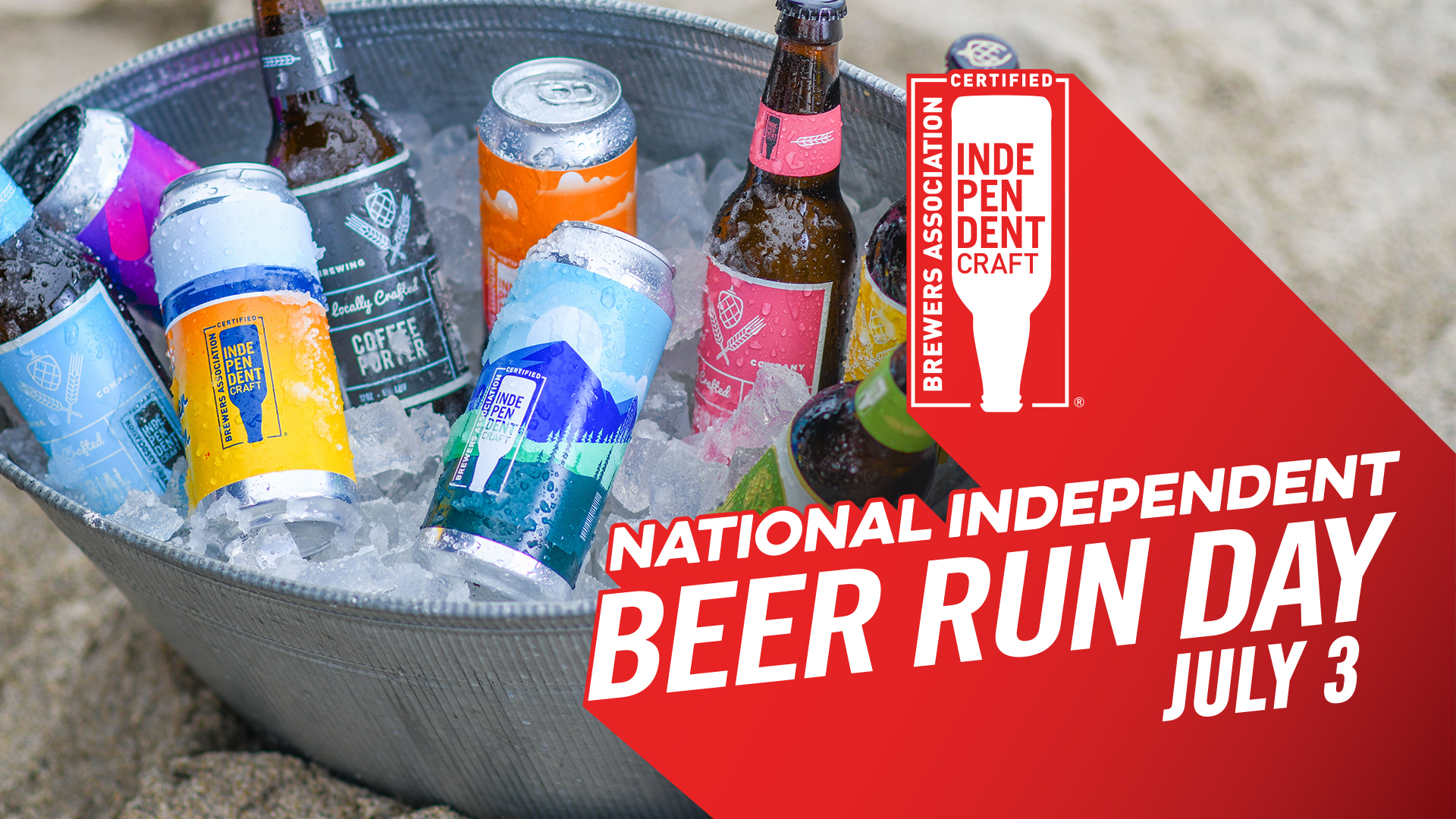 Steelbound Brewery and Distillery are releasing a pair of cans this week just in time for you to stock up for the long July 4th weekend. Chapter One, a collaboration with Ellicottville Coffee Company, is a blonde stout with coffee, vanilla, and white chocolate that sits about 7% with notes of smooth roasted coffee, vanilla and chocolate syrup, and Cherry Kolsch, a traditional German-style kolsch fruited with cherries, that’s very light and crisp with a slightly tart finish. Both are available now in 4-packs cans at both Steelbound’s Springville and Ellicottville locations.

New York Beer Project is looking to prove that every season is stout season with the release of their Root Beer Float Summer Stout on July 3 (11am). This light, delicious American Summer Stout delivers every delightful flavor you would expect from its namesake – malty root beer up front followed by the taste of sweet vanilla ice cream. It’s the perfect beer for sitting around the fire pit, enjoying summer and just enjoying life. Root Beer Float Summer Stout will be available for crowlers ($13), 32oz. growlers ($12), 64oz. growlers ($21) and pints ($6.50).

NYBP are also re-releasing The One New England IPA V.2 on July 4. 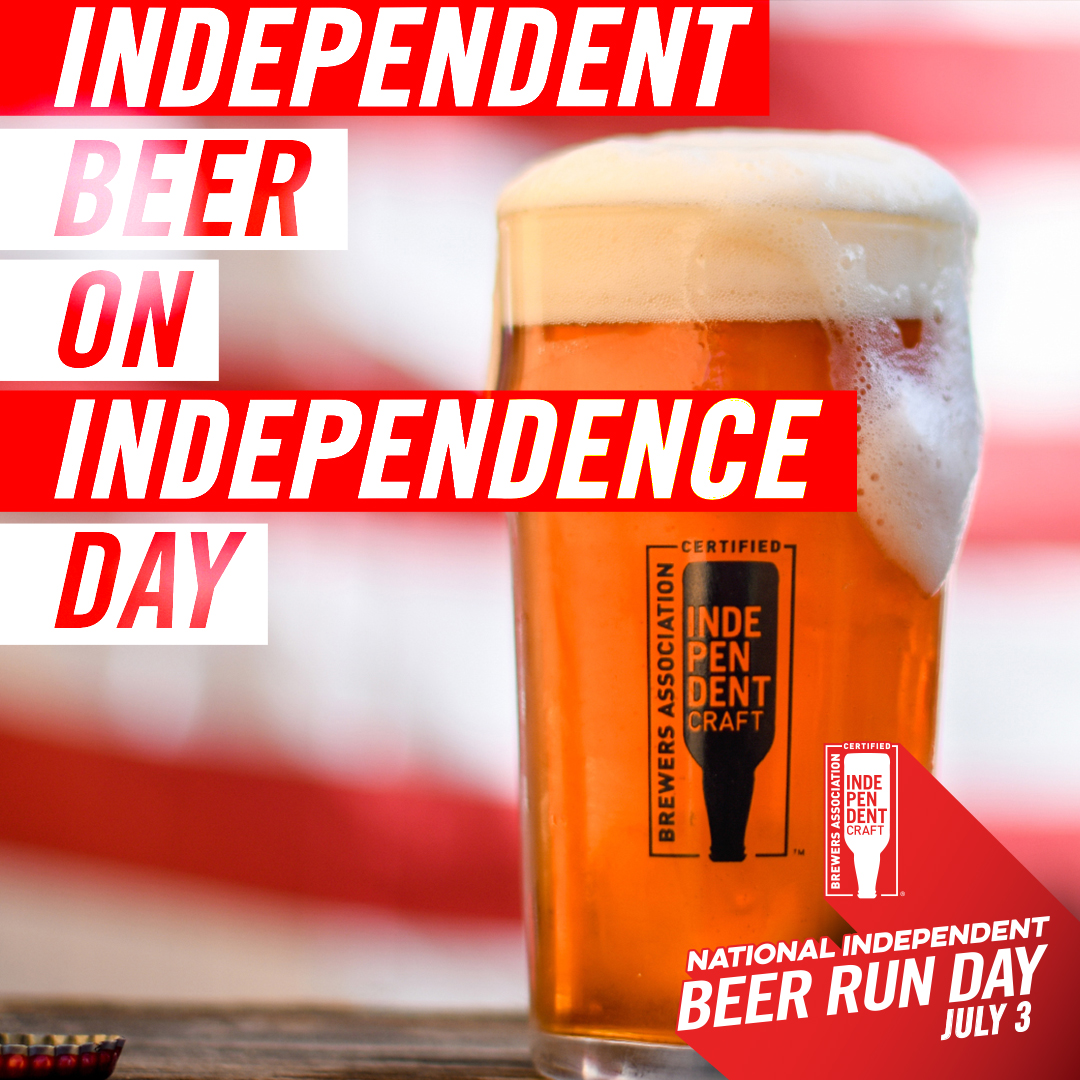 Just in time for Independence Day Weekend, 12 Gates Brewing brings you ‘Murica Emoji New England IPA to help you celebrate in proper fashion. What’s better on the Fourth of July than a patriotic-themed can and a delicious beer inside to enjoy? ‘Murica is a 7.4% NEIPA made with Amarillo, Citra, and Sultana hops and features an extremely smooth finish and loads of juicy pineapple. ‘Murica Emoji NEIPA is $14.99 per 4-pack and $89 per case. Cans are for to-go sales only, limited supply will be available on draft for on-site consumption.

Additionally, 12 Gates are releasing Buzz the Tower NEIPA in 4-packs ($14.99 / Case $89) on July 3, along with their next small batch seltzer, Raspberry Lime. This 4% ABV seltzer is perfect for kicking a few back on the patio.

Make some room in the cooler because Big Ditch Brewing is dropping not one, not two, not three, but four, cans for the holiday weekend. Piña Colada Milkshake IPA, brewed with oats and lactose, hopped with Galaxy and Cashmere, then blended with fresh pineapple and coconut ($15.99) and Lock IPA #9: Breath of Cashmere, brewed with malted and flaked oats, Cashmere hops, and a special crop of Mosaic hops, ($14.99) are new and Citraburner ($14.99) and Cannon Call Double IPA ($15.99) will be re-released. Available for pre-order beginning at 8pm on Thursday and for pickup beginning at 11:30am on Friday.

July 3 sees two can releases at 42 North Brewing, Gose Off The Rails Pineapple & Cherry Gose and Hopography, #004, which uses experimental hop HBC 472. Gose Off The Rails features loads of pineapple and sweet cherry with a touch of vanilla and Hopography #004, the ﬁrst Double IPA in the series, is made with Kviek yeast, Citra, Mosaic, and HBC472 for notes of citrus fruit, coconut, and mango. Both beers are available for pre-order and will be available for pick-up at 42 North on Saturday. 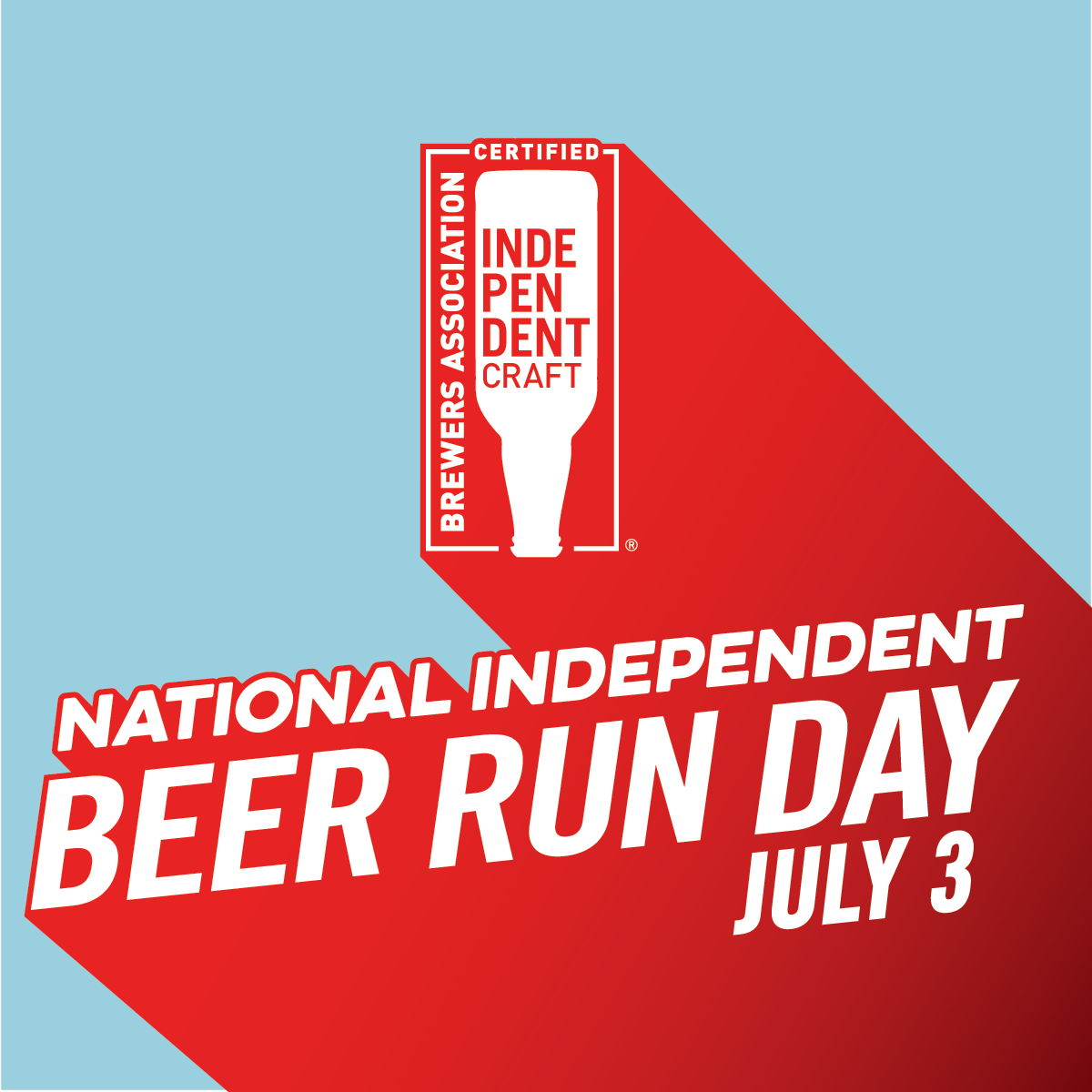 Resurgence Brewing has released the next beer in their Social Distancing Series, Dude, Your Camera Is Still On Buffalo-Style IPA. Preorder it now on the HopMule app or at app.myhopmule.com.

On July 4, Pressure Drop Brewing is releasing Sour Diesel, a dry-hopped guava sour. This weekend they have updated hours for pre-order, pick up and walk up for the holiday (10a – 3p).

Visit BeerRunDay.com to learn more or find an independent brewery in your area. Follow and share your Independent Beer Run using the hashtags #BeerRunDay and #SeekTheSeal. 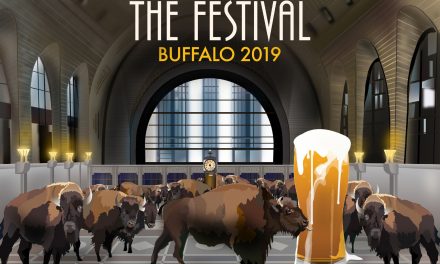 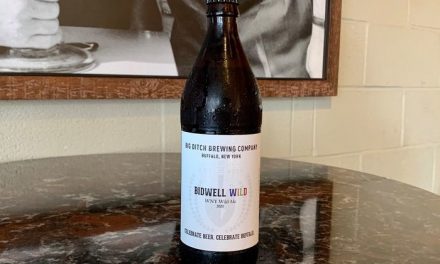 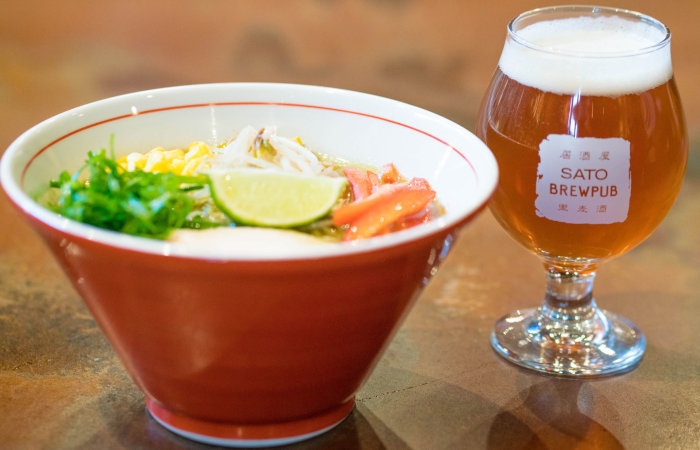 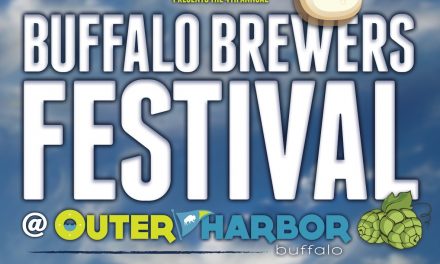