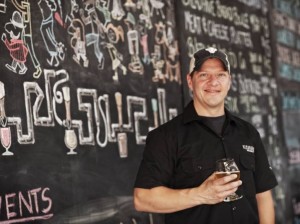 On April 2, the Buffalo Niagara Brewers Association will be holding their first Brewer’s Invitational at Pettibone’s Grill inside Coca-Cola Field. Area brewmasters have worked diligently through the winter to create some of the most unique and innovative beer Buffalo has experienced. Resurgence Brewing Company’s Dave Collins recently took some time to speak about his latest collaboration with Cider Creek Cidery, Sour Is Love, a Kettle Soured Cherry Cider Berlinner Weisse, which Resurgence will be pouring at the Brewer’s Invitational.

BNBA: Tell us how Sour Is Love came together.
Dave Collins: I started with a base kettle sour beer before cider and tart cherry juice were added, seven barrels. What you do is extract all the oxygen out, fill the kettle with CO2 and cool it down to 110 degrees, which is where lacto wants to live (‘It’s anaerobic so you can’t have any oxygen in there,’ he added). After I cooled it down to 110 I bubbled CO2 through and once I was confident the entire kettle was filled with that CO2, I pitched in the Greek yogurt, which has four different organic lactobacillus cultures. After the beer was transferred into the fermenter, the cherry cider was added and the beer/cider concoction was fermented together. From there, a Saison Brett yeast strain (cultured at Cider Creek) and Wit Ale yeast (cultured at Resurgence) was added to the brew.

BNBA: How would you describe Sour Is Love to someone who may not have had it yet?
Collins: It’s nice and tart and has a great acidity to it. The kettle sour character and the lactobacillus give you a really nice tartness on the side of your tongue. You can expect a sour tart cherry flavor, bright carbonation and a nice body and mouthfeel. It also has a lot of puckering tartness to it. Really, in all honesty, it’s what you would expect a cherry cider Berlinner Weisse would taste like.

BNBA: Any more collaborations with Cider Creek in the future?
Collins: For what we are calling All the King’s Horses, we took some of our The Don Imperial Saison, aged it in Elijah Craig barrels and added some of Cider Creek’s cider and re-fermented it with Brett, so it is going to be super weird.

The Buffalo Niagara Brewers Association thanks Dave for taking the time to speak with us.

A limited amount of tickets can still be purchased for $39. In addition to all of the beer, your ticket also includes a buffet of old school pub food ‘kicked up a notch.’ You can purchase tickets at Buffaloniagarabrewersassociation.org, Buffalo Bisons Box Office, all Consumer’s Beverages locations, Premier Gourmet, Kegworks and at local breweries. A limited number of Designated Driver tickets are also available ($15 when accompanied by regular ticket holders) and includes food, soft drinks and water. Designated Driver tickets may be purchased over the phone at (716) 846-2057 by credit card and will be mailed to you. 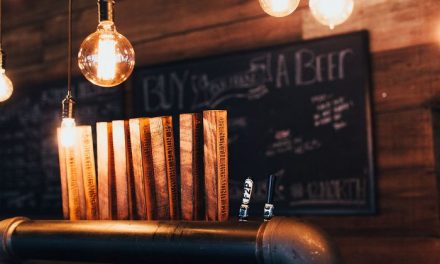 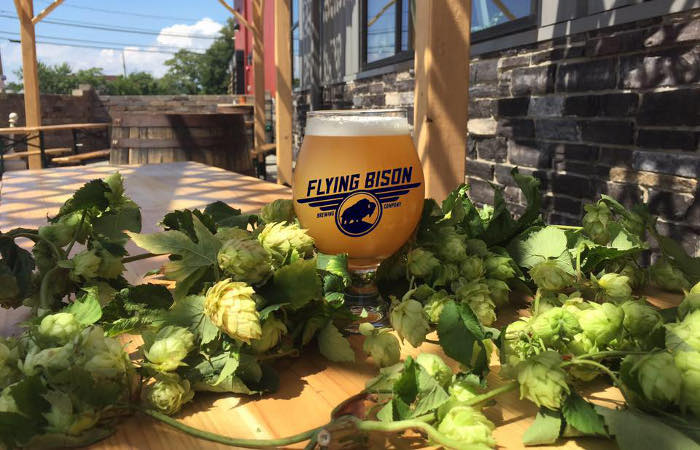 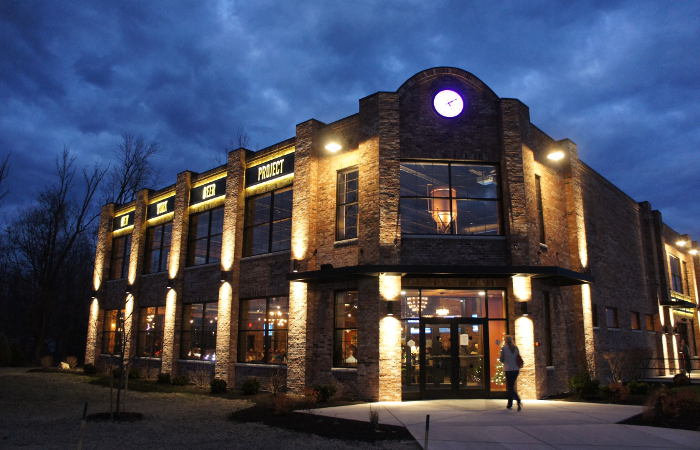