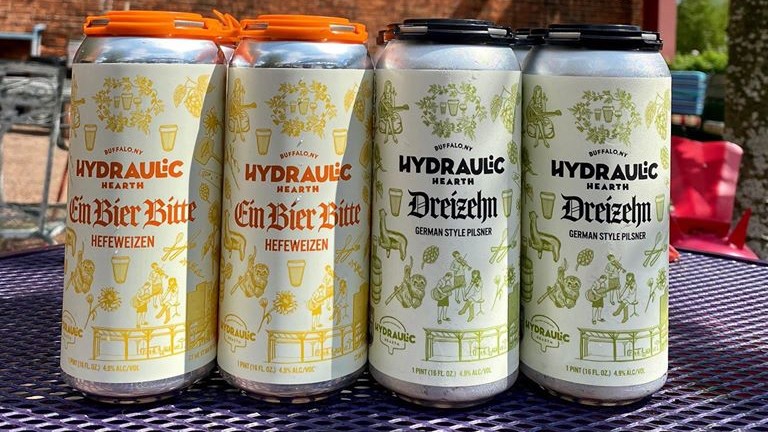 Brick oven pizzas, high-end craft cocktails and house brewed beer, the trifecta of specialties at Larkin’s Hydraulic Hearth, who have added one more item to that tasty list – canned beer. Under the Community Beer Works umbrella, the restaurant/brewery has released a pair of their flagships, Dreizehn Grerman Pilsner and Ein Bier Bitte Hefeweizen, already in cans, with their Sloth IPA next up on the docket can canning.

Sloth IPA is a Pina Colada-style IPA that features notes of pineapple and sweet coconut with some vanilla as well. The beer will be released in cans on Sloth Night on September 3 (4pm).

Hydraulic Hearth Owner Harry Zemsky says that COVID-19 made them ultimately rethink the way they do business, which led them to the decision to can their beer, which they naturally began with their flagships, because they’re, well, flagships. It also helps that they are popular. He even drops a hint as to what we might see next in cans. 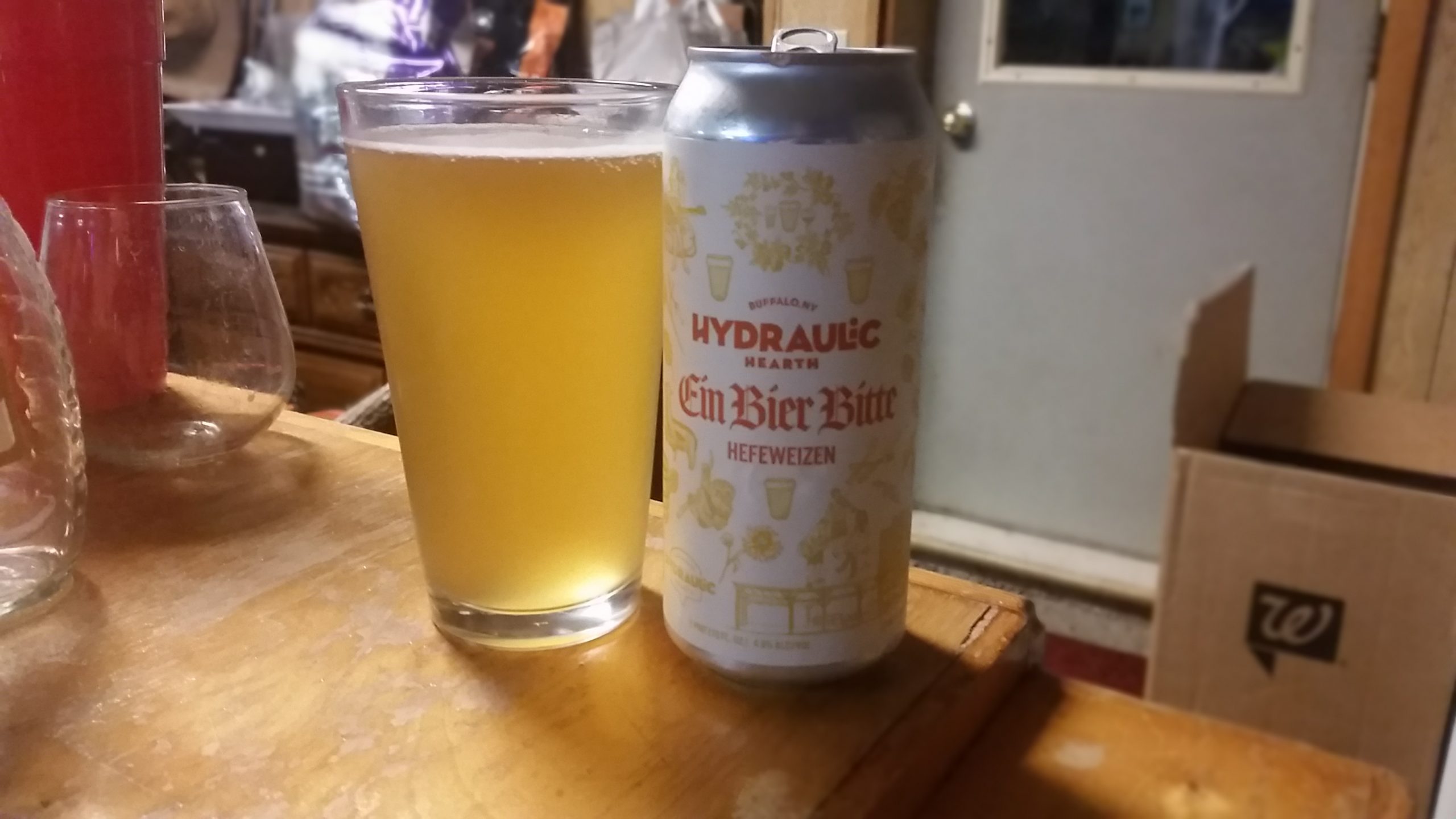 “We’ve had this partnership with CBW for a while now, so frankly, canning our beers is long overdue. COVID-19 really made us reassess our business model and think of ways we can sustain our business beyond patio season, so canning became the first order of brewing business. We decided to start with Ein Bier Bitte and Dreizehn because they’ve become our two year round flagship beers, original to Hydraulic Hearth (not available at CBW HQ), and of course they are both just great, easy drinking beers, and very popular with our customer base. The hope is to always have those available, and then do special releases for some of our other originals such as Alpaca Porter, and Sloth. We’ll see how it goes!”

Head Brewer Vandra Ruppel adds that they chose to begin their canning run with Dreizehn and Ein Bier Bitte because they are approachable and should work to please a wide audience of beer drinkers.

“You have Dreizehn, a German Pilsner; it’s easy drinking, crisp and refreshing,” she says. “A lot of people could enjoy this beer. And Ein, it’s just a lovely, soft and gentle beer. It’s got that banana, clove, doughy wheat flavor. It’s not aggressive at 4.9%. It’s approachable, easy and drinkable. And again, people seem to be really fond of this beer.”

Speaking of a pilsner and a hefewezien, Ruppel says she hopes they are part of a bigger clear beer revolution, adding ‘you can’t hide behind a pilsner.’ Sage words indeed. 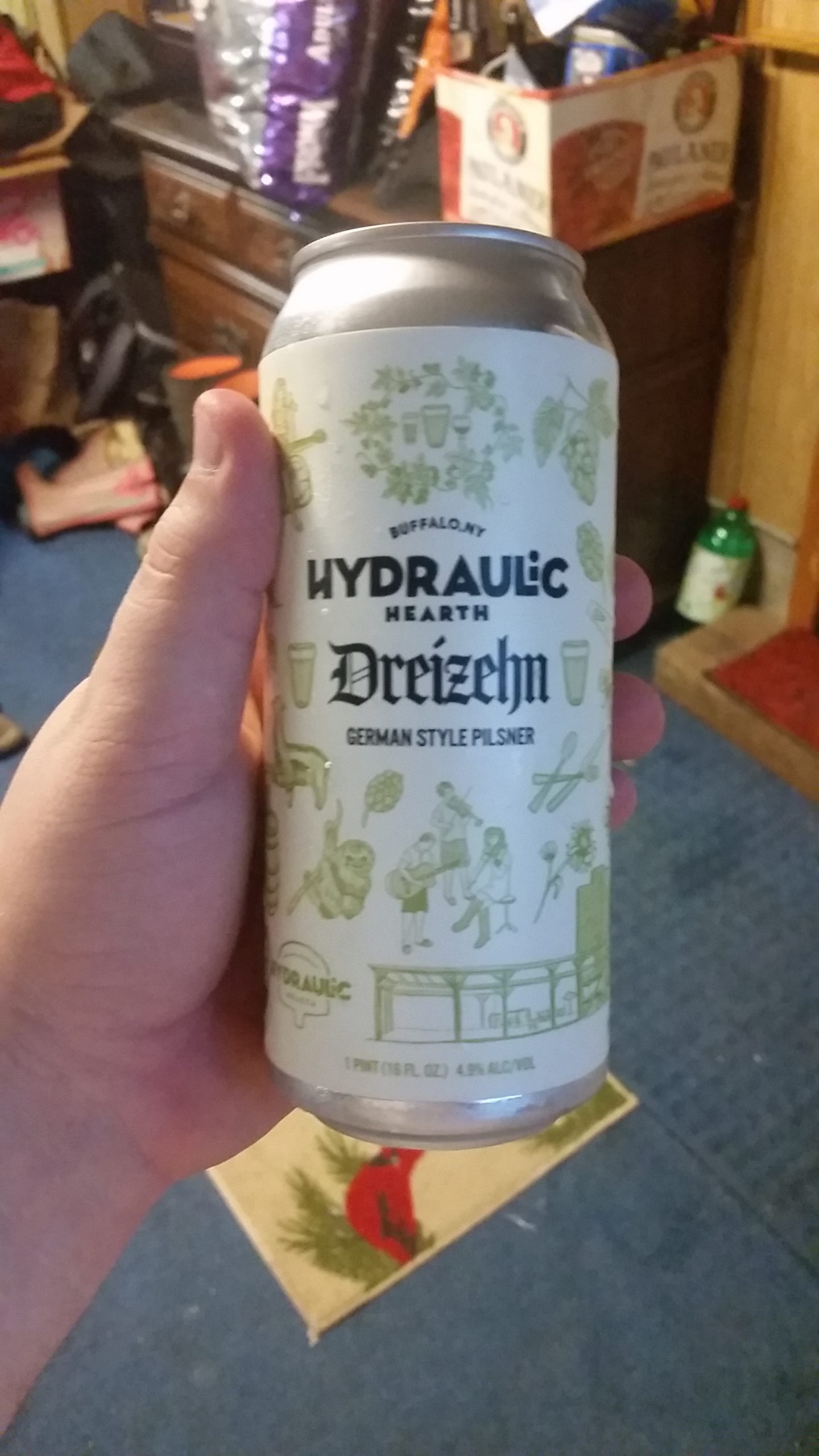 “I’m excited to see the rise of classic styles. I really like beers that are done to style, done well, and done consistently. I think we do have that at Hydraulic Hearth with these beers specifically. I love pilsners. I want to try EVERY pilsner out there! Every pilsner on the market I want in my beer fridge because I want to try them. You can’t hide behind a pilsner if you do it well.”

In addition to Sloth IPA, she says that we can expect one more Hydraulic Hearth can release in September. “We are going to see how it goes and perhaps moving forward we will have more,” she said, depending on what happens with the pandemic.

Not for nothing, but when I spoke with Vandra, I pushed for a bottle release of their terrific Bindlestiff American Barleywine, to which she cloyingly responded, “I’ll have to check with management. I would love that honestly. I think it would be really cool.”

Cans of Dreizehn and Ein Bier Bitte are available now at Hydraulic Hearth for $12.99 per 4-pack cans.

For more information on all things Hydraulic Hearth, visit https://hydraulichearth.com/. 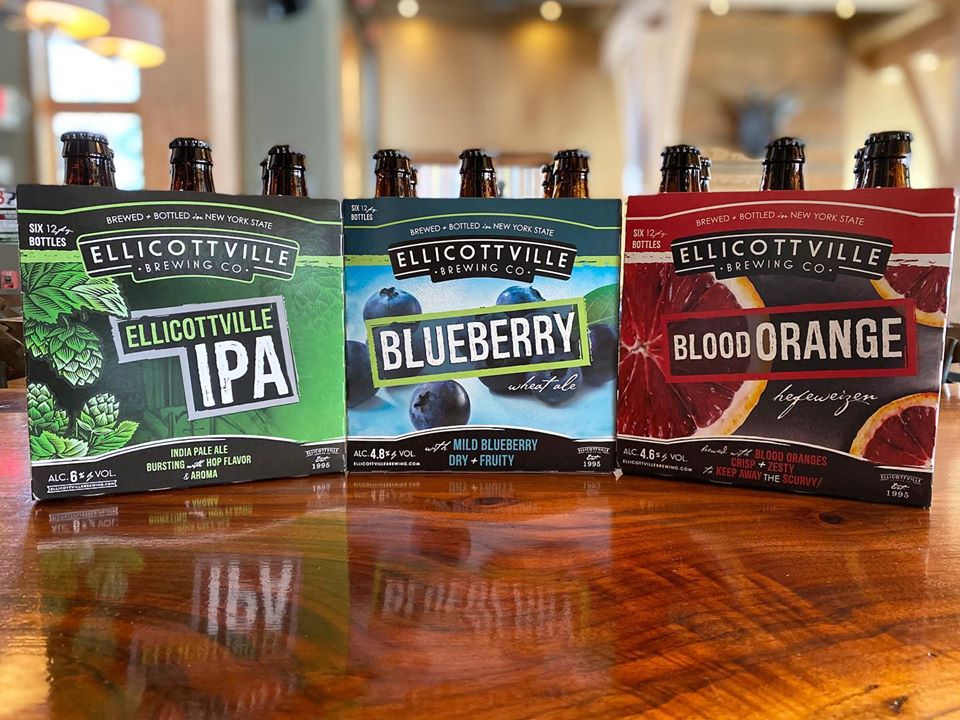 The rebranding of Woodcock Brothers continues with XPA evolution