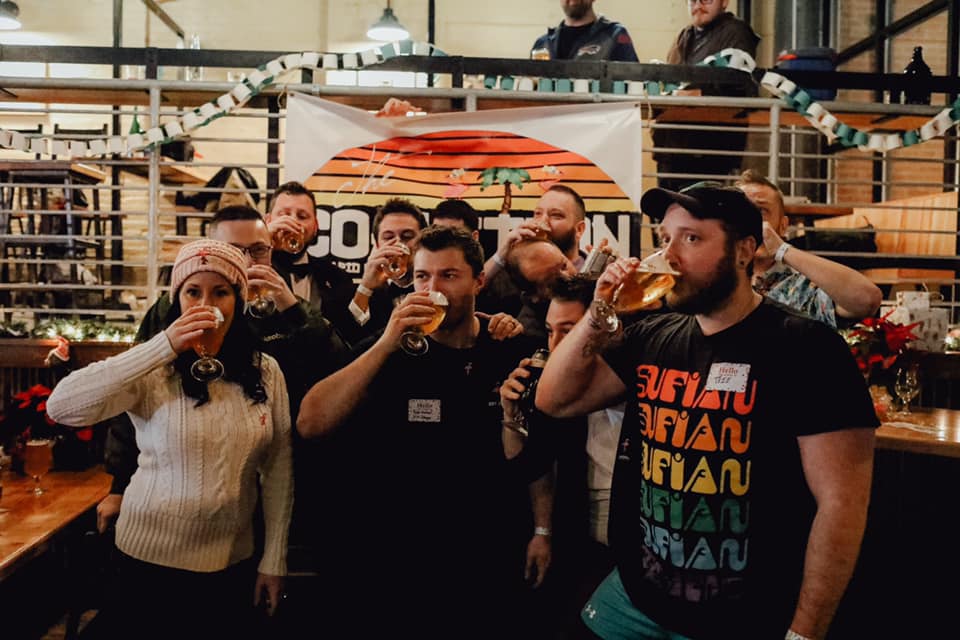 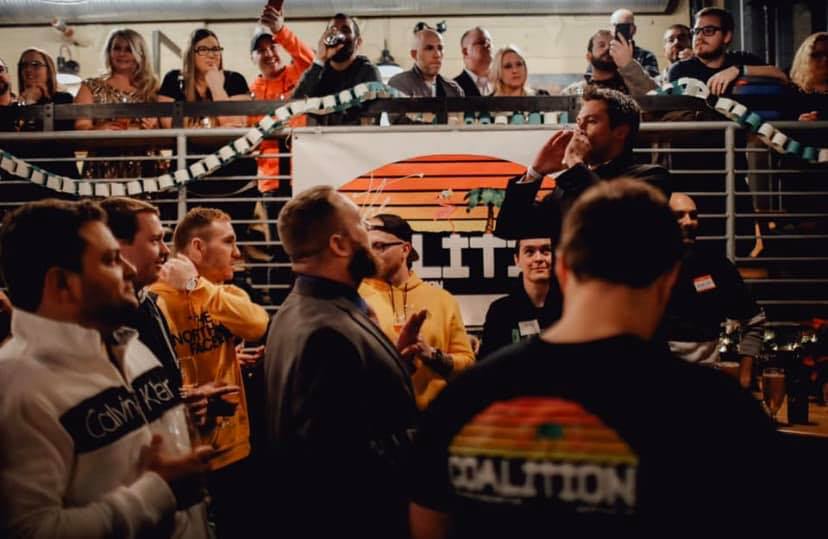 There are many reasons why Buffalo is called The City of Good Neighbors, and it is its residents who live up to that moniker day in and day out. To see a shining example of ‘good neighbors,’ look no further than the local craft beer scene; an assemblage of like-minded individuals fostered by the very community it serves on a daily basis. That community is comprised of incomparable enthusiasts, unafraid to lend a helping hand to those in need, like those members of The Coalition for Rapid Consumption, an ardent group of beer drinkers who consume beer, well, rapidly.

This private Facebook group of beer chuggers is all heart, as evidenced by their #ChugLocalApril fundraising campaign, a charitable initiative spearheaded by their own Mark Jowett, which raised over $4,500 for members of the Buffalo service industry who have lost their jobs due to the coronavirus pandemic ($4,503 to be exact). 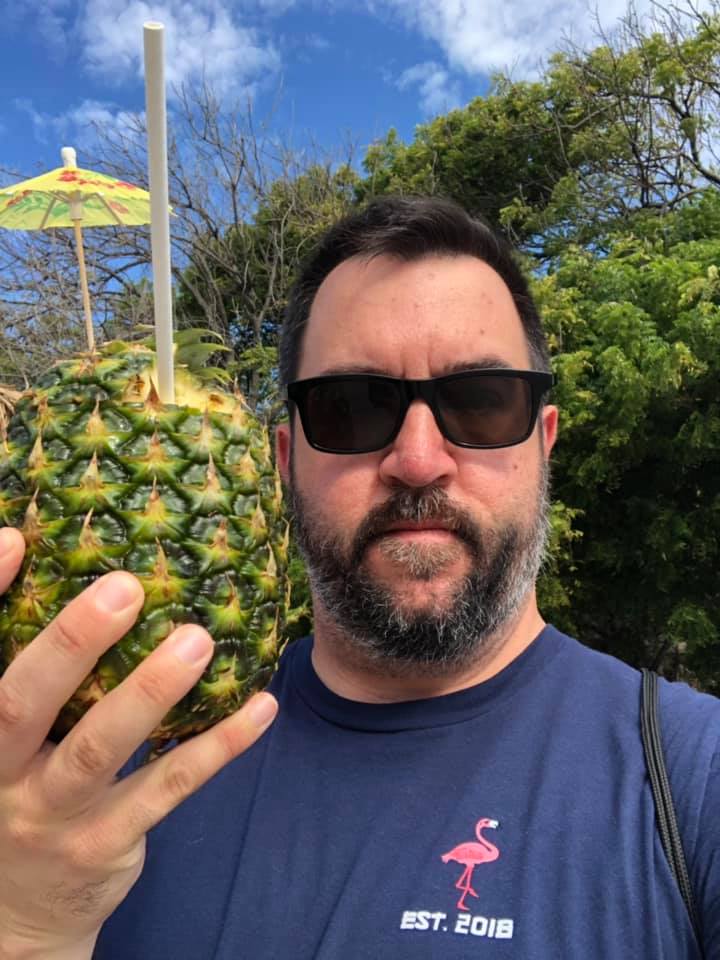 #ChugLocalApril was so successful in fact that it has been extended to #ChugLocalMay.

Jowett says that he came up with the idea after seeing his friends lose their jobs due to the COVID-19 shutdown and looking for something he could do to help out.

“The first day after bars and restaurants were shut down, I know at least three of my friends who lost their jobs,” he says. “I remember talking to [Big Ditch President] Matt Kahn on that last day and I could see the heartbreak in his face when he was talking about what was going to happen to [his] staff members. It was probably then I started looking for some way to help out. I am fortunate to be still “working” and getting paid. I felt frustrated and helpless seeing what was happening to people dear to me.”

While he thought the campaign might raise a few hundred dollars at first, which would be great in and of itself, thanks to the generosity of the members of the group, the grand total of donations kept growing and growing on the daily.

“I think a couple dozen people signed up to do it, so I thought that would lead to maybe $500?” he says. “After the first few days of activity I wrote ‘$2,500’ down in my planner and kept that number to myself, thinking that was a lofty goal. I am always blown away by the beer community. Some individuals donated hundreds of dollars. I think a lot of people have been looking for ways to help out. This provided an outlet. This group has some of the most genuinely amazing people I have ever met.” 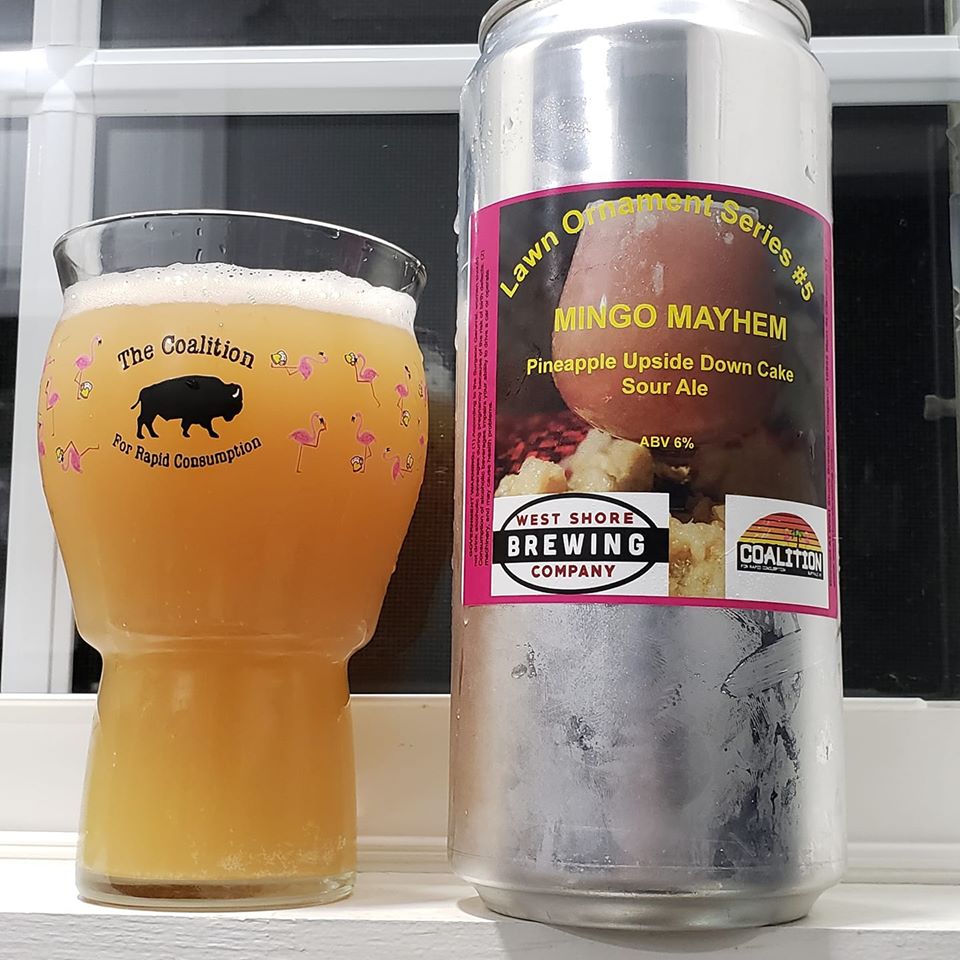 Jowett says that The Coalition for Rapid Consumption was the perfect venue for #ChugLocalApril because they have done some charitable donations before, such as a pet rescue, Friends of the Night People, Gay/Lesbian Youth Services. “Many of them had been directly affected by this as well. Besides, it sounded like a good idea to turn our goofy beer drinking antics into something good.”

“I hope they know how much we value them and everything they do,” Jowett says of the service workers on the other end of these donations. “Some of my closest friends are brewers, bartenders and servers. We miss them dearly and we can’t wait to get back to normal.”

#ChugLocalApril donations were made via ServiceIndustry.tips, where you can tip a random area service worker. Each time you load the site you’ll be paired with a different worker, which you can tip via Venmo or CashApp. If you’d like to join in, click that link to be paired with someone in need. It’s just that easy. And if you are a Western New York service worker that’s out of work due to the coronavirus, you can sign up here.

If #ChugLocalApril did as well as it did, why not extend it another month, or maybe even longer? As he puts it so eloquently, he isn’t going anywhere anytime soon, so why not keep this train rolling for as long as possible. In addition to extending the service industry tip side of #ChugLocalApril, #ChugLocalMay has expanded to include donations to the Food Bank of WNY. You can donate to them here.

“Well, I’m not going anywhere any time soon. I am looking at four more months of this, so why not keep trying to do some good. We are going to keep up with the donations to the service folks, but we thought donations to any organization would be good to consider. Someone suggested the WNY Food Bank, so they are on the list as well.”

“It’s going to be a long summer without baseball, concerts, patios, etc. We will continue doing what we can to help out people in need. #ChugLocalSummer?”

***All photos courtesy of The Coalition for Rapid Consumption

The 7 Best Beers That Graced My Glass at Thawfest 4