The second annual Borderland Music + Arts Festival, a two-day music and arts festival featuring over 22 bands, local culture, tastemakers, artisans and food at Knox Farm State Park in East Aurora on September 21 & 22, will feature a bigger emphasis on the local craft beer community, with a 100% craft beer lineup, a panel discussion on the local beer scene featuring all local beer experts, samplings from local breweries and even a live brew that will happen onsite, held in conjunction with the Buffalo Niagara Brewers Association. And if you don’t know what you want to drink, the BNBA will provide beer docents to help curate what goes into your glass. And if that’s not enough, the BNBA is holding free beer samplings so you can taste before you buy. Among the breweries sampling their wares on Day 1 are 42 North, Lilly Belle Meads, West Shore Brewing, Rohrbach, Collective Arts, Resurgence Brewing and Five & 20 Spirits and Brewing. Then, on Day 2, 12 Gates, West Shore, Community Beer Works, Brickyard Brewing, Collective Arts and Five &20 will be on hand to sample beer. These will take place both Saturday and Sunday from 12pm-3pm.

Additionally, the Borderland Festival will host a “live brew” on-site at the festival on Saturday. In partnership with the Buffalo Niagara Brewer’s Association (BNBA), local brewers will brew on-site and engage with fans to discuss the process of brewing. And, finally, on Sunday afternoon, the BNBA will host a ‘Brew Talk” roundtable with regional brewers and brewery owners. Panelists include Hannah Trujillo (VP of Brewing Operations, 42 North), Dan Syracuse (Owner, Pizza Plant) and Chris Smith (Owner, CBW). Very limited tickets still remain and can be purchased at BorderlandFestival.com. You can also find more information, including vendors and a full schedule of music and exhibits, at the site. 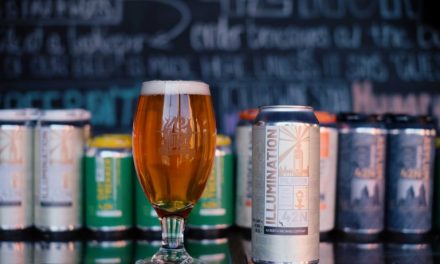