In honor of their two-year anniversary, Thin Man Brewery is once again shutting down and taking over Elmwood Avenue for the second annual Summer Solstice Street Festival on June 16 (12-10pm), a full day of live music, beer and food.

There will be grilled fireman’s style chicken, Lloyd’s Tacos, Allen Burger Venture burgers and more for those looking to eat, and both bars inside will be open for full beer, wine, and cocktail service. Also, a beer truck will be outside with the taps flowing for quick access. All Thin Man beers sold outside will be $6 and all ABV and Thin Man food will be $6 or $12.

Beer releases will be happening periodically throughout the day as well. Thin Man’s 2nd Anniversary beer, a double dry-hopped New England IPA with Galaxy, Azacca and El Dorado hops, will be available all day long. And for Executive VIP ticket holders, beers include a cask of Vanilla Captain Perk Imperial Stout, which will be tapped at noon and bottle pours of Thin Man Nib Nut Imperial Stout, as well as a number of very special bottles that we can’t announce quite yet. Rotating releases (available to all):

Summer Solstice will feature live music all day, including performances from Funktional Flow, who kick things off at 12:30pm, (1:20pm) PA Line, (2:10p) The Observers, (3p) CPX, (3:50p) Leroy Townes, (4:40p) Max Muscato, (5:30p) Bold Folly, (6:20p) The Jumpers, (7:10p) Humble Braggers, (8p) Dreambeaches and (9p) Radarada. Then, as if that wasn’t enough for one, after all of the bands are done for the day, the party will shift upstairs for the Official Summer Solstice Street Festival AFTER PARTY with Basha. You can still purchase tickets at www.seetickets.us. VIP and Executive VIP tickets are sold out but General Admission tickets are still available for $15 advance and $20 day of. GA tickets include entrance to the festival, commemorative event Thin Man pint glass and your first beer fill.

As far as parking for the event goes, since Thin Man is closing Elmwood between West Utica and Hodge, you will still be able to access the Gallagher Ramp from West Utica and walk directly to the festival entrance from the ramp. 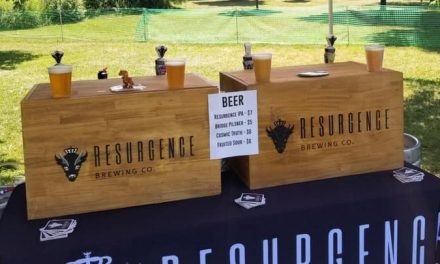 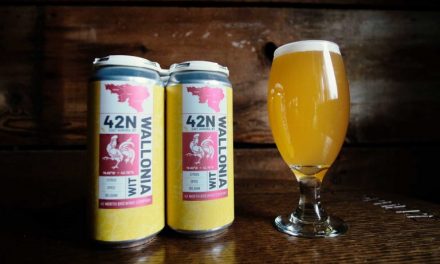