The selection of beer available in Buffalo continues to grow nearly on the daily; the latest addition coming from Muskoka, Ontario, Canada’s aptly named Muskoka Brewery, who is bringing their monthly Moonlight Kettle beer series to the Queen City, starting with their April entry, Cool As Cuke American Pale Ale (4.7% ABV).

Cool As Cuke is an unfiltered pale ale made with cucumber and lemongrass. According to the brewery, the recipe features “approximately 350L of fresh cucumber juice per batch of Cool As Cuke, meaning you’re getting an awesome hit of cucumber in every sip.”

It pours a sharp golden color with immediate notes of ripe cucumber on the nose, with a substantial cucumber bite following in the first sip. The finish is a bit dry, though it remains refreshing all the way through. It’s an easy drinker given its ABV, a beer best suited while enjoying yard games like horseshoes and cornhole or relaxing poolside this summer. Each month, Muskoka team members volunteer to join Muskoka’s brewers to create, name and brew their own beer. The result is 12 completely unique, untamed brews that are truly experimental and meant to bring about the wonder and spontaneity of unexpected medleys. These one-of-a-kind brews, which range from a dry-hopped session kettle sour to a saison with raspberry and lavender, have never before been released at retail locations, and feature limited-edition styles and flavor combinations.

“As the core of our business, it’s important that everyone knows how to make beer, and the Moonlight Kettle program has really taken on a life of its own,” Muskoka President Todd Lewin says of their Moonlight Kettle Program. “Employees volunteer to participate, and it’s become so popular that bookings are already full through to the end of 2018. Two team members are paired with a brewer to research and choose their style, and name and brew their beer. They’re involved every step of the way and end result is a unique beer that the team really takes pride in.”

The 2017 line-up release dates for Western New York include these well-crafted and innovative beers: Muskoka beer drinkers can also participate in the Muskoka Passport Program by visiting any participating bar or restaurant serving the Moonlight Kettle line-up to get a passport. Each Moonlight Kettle Series brew you try will earn you a stamp; bring your completed passport to any bar carrying Moonlight brews to receive your special edition Muskoka Kettle tee. Grab your passport while you can – limited numbers available.

Participating bars and restaurants include Local, Fat Bob’s, the Terrace, Ebenezer Ale House, Allen Street Poutine, Murphy Brown’s Craft Beer Emporium and Beer Market Rochester. The Moonlight Kettle Series beers will be available in 4pks at Consumer’s Beverages as well as on draft around the city. 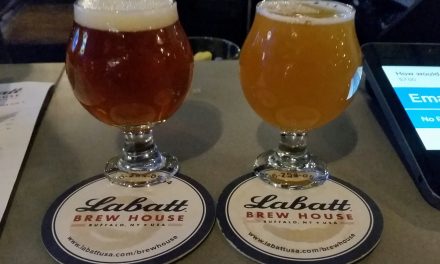 All Things Local to be Celebrated during Farm to Pint Week