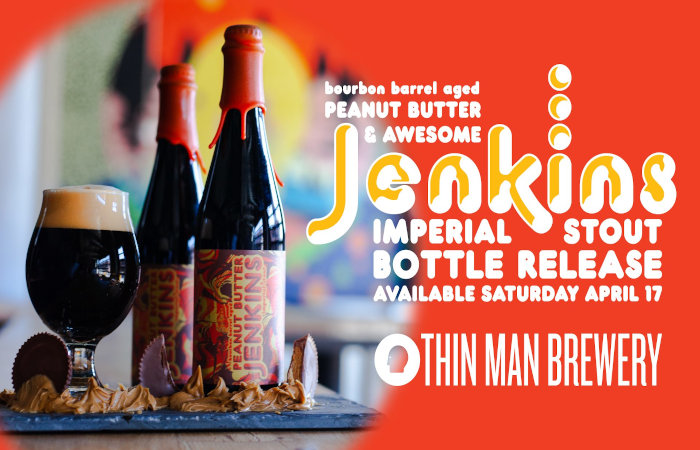 It will be a busy weekend for Thin Man Brewery, who are planning a can release and two bottle releases. On April 17, the brewery is releasing Bourbon Barrel Aged Peanut Butter Jenkins (14.4%), aged in Blanton’s bourbon barrels for flavors and aromas of peanut butter, chocolate, nuts, dark caramel and honey, and Bourbon Barrel Aged Awesome Jenkins (14.88%), aged in Blanton’s bourbon barrels for over a year for notes of chocolate, roasty malt, vanilla, marshmallow, bourbon and oak. Both are available for pre-order on Oznr. Your purchase enters you in a raffle to buy a 1.5L magnum bottle of each beer. Bottles will be available at Elmwood and Transit.

Thin Man will also release Be Excellent to Each Other New England IPA, a brand new collab with the New York Hop Guild. This 6.5% NEIPA was brewed with Simcoe, Cascade and NYHG’s new hop blend, Excelsior. Cans will be available all three Thin Man locations. 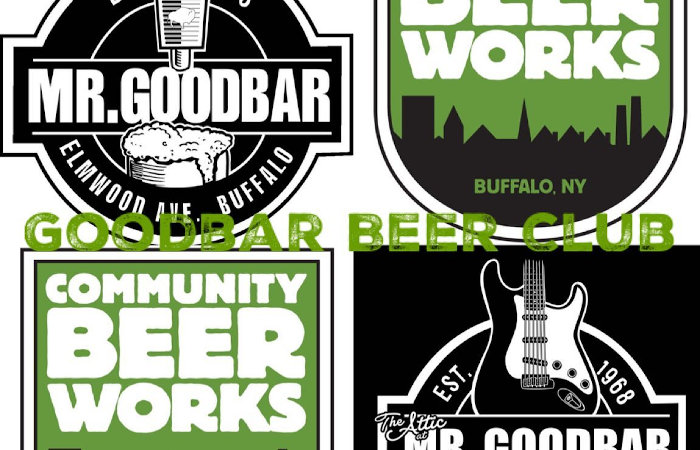 For their April edition of Beer Club, Mr. Goodbar will be joined by Community Beer Works on April 14 (8pm). Join the livestream on CBW or Goodbar’s Instagram and Facebook as viewers will be led through a curated tasting session. Beer packs are $25 (There Is No Offseason Kveik Ale, Gose With Key Lime Pie, Parade Upgrade English Porter, Good Neighbor IPA, Fat Rips DIPA, OutSOURce Sour IPA) and you can reserve yours by messaging Mr. Goodbar on social media. Beer pickups are available at Goodbar only. 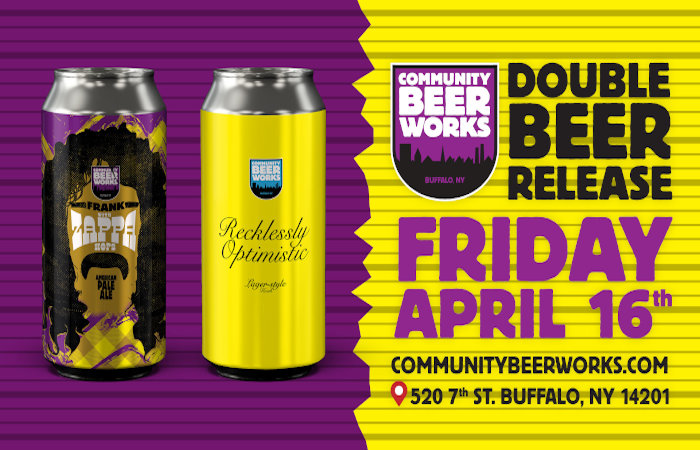 Duel Can Release at Community Beer Works This Weekend 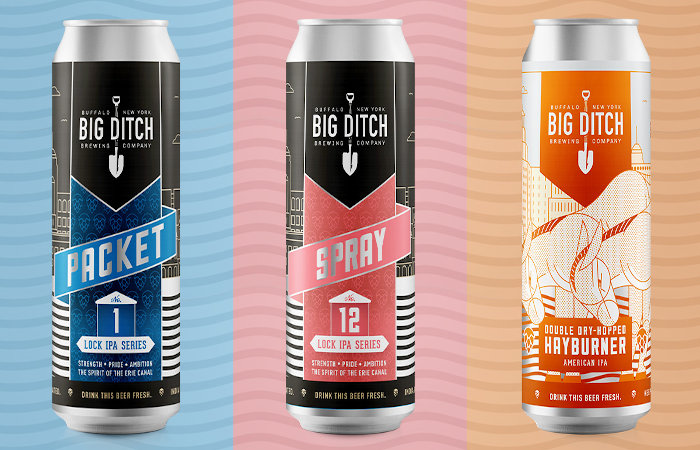 Big Ditch’s vaunted Lock IPA Series continues this weekend (April 17) with Spray, brewed Strata hops for flavors of pineapple, lychee, and ripe pear with a slightly dry body and balanced bitterness. Spray is named for the first person to solo circumnavigate the earth by boat, Joshua Slocum, who sailed with a rebuilt oyster boat he called The Spray. In addition, Big Ditch will also bring back a pair of favorites – Packet IPA and Double Dry-Hopped Hayburner IPA. All beers $14.99 per 4-pack. Available for pre-sale at https://big-ditch-brewing-company.square.site. 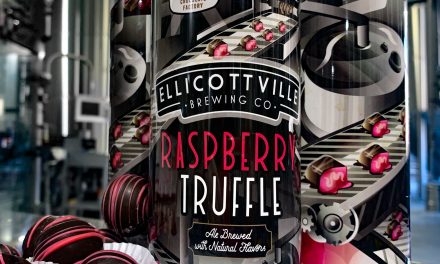 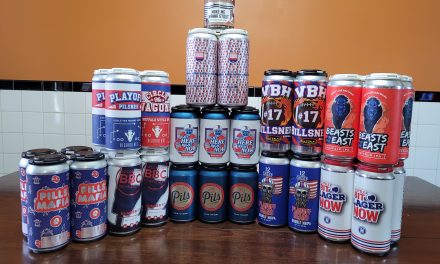